Blending In: teaching our kids they are no better than anyone else, even as we think they’re the most special people in the world. 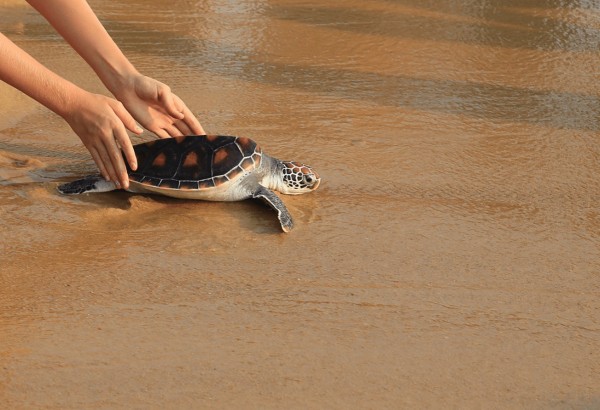 When my son was in kindergarten, his amazing teacher gave him an extra assignment so he would be challenged in class. He had to do a project on sea turtles and present it to the other students. He did his research, printed out photos for a tri-fold presentation board, and taught the class about sea turtles. We found plastic replicas of the sea turtle life cycle at a local craft store so he could talk about that, too.

I think I remember that he also presented it to the kindergarten class next door. It seems like there was one other classmate who was asked to do a similar project, but the other kids did not have to.

At some point during the process, most likely when my shy child was about to have to speak in front of the class, he told his dad and me “it’s terrible being the smartest kid in the class because you get extra work.”

It didn’t take a nanosecond for both of us to assure him that he was not the smartest kid in the class. “There is always someone smarter than you” was something we always taught the kids, and this time was no different. And, not only that, we told him, if you say you’re the smartest kid in the room, you’ll also be the loneliest, because nobody likes a braggart.

Recently another child of mine started 6th grade at the biggest middle school in Houston ISD. I had to go up to the school in the morning to get something from the school store, so I was waiting in line with all of the self-assured 8th graders who were buying their lanyards and pencils and talking smack to each other across the hallway. The bell rang, and the 6th graders were released from the cafeteria to go to their classes.

While I stood in line, I watched the 6th graders emerge from the cafeteria, a sea of prepubertal or early pubertal children in grey shirts that labeled them as 6th graders. Masks on their faces, some of them talked to a friend or two around them, some of them looked straight ahead, some of them tried not to make eye contact or be noticed. All of them looked new to the school, green, early in the school year and trying to find their way. I scanned the faces to find my 6th grader.

Toward the end of the pack, I saw him emerge with two of his friends. I briefly made eye contact, but then I saw him quickly look away in horror that his mother was in the school store line with the 8th graders. I didn’t call out to him or hug him like I wanted to. I let him blend into the crowd. I bought my uniform shirts and left the building.

As I walked to my car, I thought about how blending into a crowd without thinking they deserve special treatment is a pretty important life skill -- just be just one of the kindergarteners, one of the 6th graders, one of the seniors. My kids are the most special thing in the world to me and their family, but out in the world, I don’t want them to feel like they’re more special than anyone else.

There’s always someone better looking than you, and someone who wishes they were as beautiful or handsome as you. Treat them both with respect, because beauty doesn’t ensure goodness, and lack of good looks doesn’t mean someone’s not a good person.

There’s a better athlete on any team you will ever be on, and there are some that wish they had your athletic or dance abilities. Work to get better, and appreciate what each person brings to the team.

Yes, someone has a bigger house, fancier cars, and more exotic vacations than you. They are not better than you. Someone else is living in a shelter and having rice for dinner for the fifth night in a row. They are not less of a person than you.

There is always someone who is more talented than you, and someone who is less. Everyone is good at something. Appreciate the privilege of dance, art, voice, percussion, lacrosse, swim, baseball lessons you’ve been given. Recognize that others have not had the same privilege.

There will always, always be someone who is more popular than you, and there will be someone sitting alone at the lunch table who would give anything to be surrounded by the friends you have. What is popularity, anyway? Popularity, to me, means people like you because you are kind to them.

I think if my kids remember these lessons as they go through life, I will have taught them well. The basic idea is simple: you are so very special to me, but out in the world, you’re going to have to work hard and prove yourself just like anyone else.

So be proud on the inside when your kid gets an extra sea turtle project. And also be proud when your child is holding his head high in a sea of 6th graders at a new school. Being able to live in a society where people like you is more important than being the smartest person in the room.

Bullying Prevention Starts at Home
​My Kid Failed The Gifted Test. Guess What? I Don’t Care.
What I learned from my bullies: 'Even if you don't like someone...be kind'
advertisement

Bullying Prevention Starts at Home
​My Kid Failed The Gifted Test. Guess What? I Don’t Care.
What I learned from my bullies: 'Even if you don't like someone...be kind'