Billie Eilish, I Never Knew My Dad's Musical Idols Either 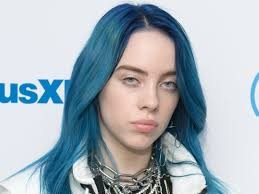 Billie Eilish, I can totally relate. And that’s saying quite a lot after watching your music video, When the Party’s Over, in which you appear to drink your own mascara.

However, speaking as a dad, I have a little advice for you since you still live with your parents. Read on, please.

Eilish, the 17-year-old musical phenom, recently blew up social media when she revealed, while being quizzed by Jimmy Kimmel about the most popular musicians and bands of 1984, that she had never heard of Van Halen. Ditto for Huey Lewis and Run DMC. Twitter users, apparently in sore need of a fight following the slow Thanksgiving holiday, piled on, with many baby boomers expressing outrage over the supposed naivete of one of today’s superstars regarding musical legends who preceded her. Others fiercely defended Eilish, saying her musical influences and idols need not be from bygone eras. And yes, I just referred to 1984, when I was 22, as a “bygone era.”

The more tweets and opinions I read about this manufactured brouhaha, the more two words kept popping into my head: Frankie Laine.

In the late 1940s and early ’50s, you would have been hard pressed to discuss music without mentioning Laine’s name. A crooner in the guise of Sinatra, Laine sold over 100 million records and charted three Billboard number one hits. Legends such as Ray Charles and Elvis Presley remade songs AFTER Laine first sang them. He appeared in seven movies and recorded the theme song to numerous western pictures, most notably Mel Brooks’ Blazing Saddles.

Laine was also my dad’s musical idol. And each time he mentioned Laine’s name in the house where I grew up, I responded in true Eilish fashion: “Who?”

“How can you not have heard of ‘Mule Train?’ or ‘Lucky Old Sun,’” my dad asked incredulously, citing two of Laine’s biggest hits.

“You play the guitar, you’re in your room listening to music all day. Certainly, you should be familiar with Frankie.”

I calmly tried to explain that, were I alive in 1948, I probably would have known who Laine was. Furthermore, I didn’t know Dad and Laine were on a first name basis.

Finally, there came a day when Dad got to meet his idol and saw to it that I accompanied him. Laine was performing at a suburban Chicago hotel alongside Patti Page, another successful singer of the 1940s and ’50s who elicited a response of “who?” when Dad told me I would be seeing her as well.

Playing a Hilton lounge was a far comedown for a man with two stars on the Hollywood Walk of Fame. But my dad was as excited as I would be had the sports bar around the corner from my house announced that Bruce Springsteen would be dropping by. I listened to Page and Laine cover “classics” from the post-World War II era and remember being mesmerized by the amount of sweat on Laine’s face.

“The man is still working hard,” I thought.

Afterward Laine went table to table, thanking customers for coming to this sterile lounge atop a hotel lobby. My starstruck dad could only muster a few words when Laine got to our table.

“Why thank you,” Laine replied.

After that encounter, Frankie Laine never made an appearance on my turntable, my Walkman or my iPod. I still snickered when Dad sang Laine songs around the house or brought up his name in casual conversation. But at least I knew he was, and Dad was proud that he initiated that knowledge.

Billie, you mentioned in the Kimmel interview that you still live with your parents. If you want to score a few points with them, spend an afternoon listening to Van Halen. Or The Police. Or even George Michael or Duran Duran. Then discuss them with your dad. My guess is you will remember that conversation long after he's gone.

Being the Advocate for Your Child with Allergies
When Your Child Finds Out You're Not 28...
How We Found Our Son's Best Friend
advertisement

Being the Advocate for Your Child with Allergies
When Your Child Finds Out You're Not 28...
How We Found Our Son's Best Friend