Big kids, bigger choices: Our kids will choose their own paths 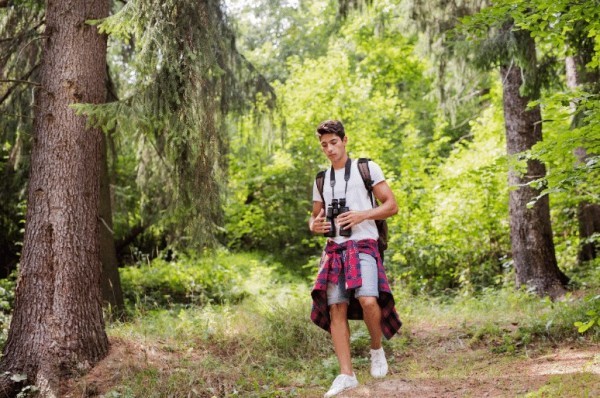 Last week I wrote about one of the most challenging parts of parenting: coming to realize that I am not raising myself. Each of the young people we are helping to find their way in the world is unique. And each of them responds to stress and life differently than you and I do.

From an early age, my kids made it clear they would not accept something just because I liked it.

Years ago, I tried to introduce “The Sound of Music” to them. We watched a movie together each Friday night. They were used to watching Disney movies and could sing every Disney song by heart. I knew they would love it.

But in “The Sound of Music,” when the first conversation broke out in song, my one son was so confused. “Why are they singing?” He kept asking over and over again, irritated. And finally my husband walked through and said, “I’m with you, kid. Why exactly are they singing?” The two of them left the room, unable to appreciate the musical I loved as a child.

I encourage parents of preschoolers to give their child a choice between two acceptable options to make the child feel they have some control and decrease tantrums. The red sippy cup or the blue one? The yellow dress or the pink one? When my own child would choose one of my options, I would give a smug smile knowing I had manipulated the choice. I had it all under control back then.

I soon discovered that raising children is a lifetime of discovering what they like and don’t like. What they are and are not. What they believe in and don’t. It’s a series of their choosing A when I want B, and B when I want C.

It starts with small, inoffensive differences. The color of the sippy cup. The pants or the shorts. Musicals or not. Maybe I was on the drill team and my daughter prefers soccer. Maybe I played baseball and my son prefers theater. I like sweet potatoes, yet the taste of them made my child dramatically gag. I like the Lumineers and Indigo Girls and my kids like Lana del Ray, Tyler the Creator, and Queen.

As the kids get older, however, they make bigger choices. We disagree about bigger things. The ways in which we are different matter more. A rejection of sweet potatoes does not hurt my feelings. But a rejection of bigger things that are the core of who I am? Those are harder.

A friend recently called because she needed a soundboard. As her son was launching from the nest and finding his way, he had become interested in and fighting for a different cause and political party than she had spent her adult life committed to.

What I told her is that I know her son to be thoughtful, and kind, and someone who would stand up for what he thinks is right. And instead of his path being a rejection of his upbringing, I saw his path to be exactly what she had raised him to be. If he offers an opinion that is deeply considered and well informed, then my friend has done her job.

If my teen or young adult has done research, if her opinions are well thought out, if she has examined data and history and come to a decision that is different from mine, I must accept that.

I spent the first years of my parenting empowering my kids to think through their choices and to make them confidently. As they grow older and make bigger choices that I might not make for myself, it’s my turn to learn to embrace or at least accept the choices they make.

The truth is, if my feisty toddler grows into a headstrong child, a strong-minded adolescent, and a determined young adult, I should not be scared. I should be proud.

It doesn’t make sense for me to empower them to make their own choices when they are children and then not be able to handle it when they do the same as young adults.

If your child becomes a young adult who is kind and contributes to the world, then you have done your job. You can trust him to learn from his bad decisions. You can trust her to make good ones for herself.

We give them a foundation bathed in our own family traditions, including faith, but our kids have the right to choose their own paths, just like we did.

I can and will give them my thoughts and opinions based on a lifetime of my own mistakes and learning. I will tell them about when I took the wrong path along the way, and when life directed me to a path I didn’t want to take.

But ultimately, since I’m not raising myself, my kids will find their own way, no matter how hard I fight it. They will like musicals or not. They will hate sweet potatoes. They will choose a different path. It’s not a rejection of me. Instead, it is the path my child who is now a young adult is meant to take.

How the College Admissions Scandal Hit Home For This Modern Family (And How One Small Sentence at T...
Friends don't grab and hurt each other
When my child has a boundary line and your child crosses it
advertisement

How the College Admissions Scandal Hit Home For This Modern Family (And How One Small Sentence at T...
Friends don't grab and hurt each other
When my child has a boundary line and your child crosses it