Being a Working Mom is Awesome... but not today

Ever have one of those days where you should have just gone back to bed?

Today was that day.

I woke up, went to the gym, came home and got ready for the day all before the 2-year-old was even out of bed.

The problem, I feel, began with overconfidence.

I thought I had it all together. I was going to be out the door an hour before I usually leave the house. This would not only allow me to arrive at work in a calm, composed, collected manner (not *exactly* my usual style)…

... but also to get some work done before I greeted my students.

If parenting has taught me anything, it’s to never ever EVER believe you are one step ahead. My four-year-old was happily fed and choosing her outfit for the day when the dragon toddler awoke.

Gabby fiercely and independently declared that she wanted eggs and (even better) that she wanted to open them herself. I set her up with a hard-boiled egg at the kitchen table, marveling at this new stage of hands-off parenting I was entering. What a dream. What a gift.

I made the mistake of deciding to wander off to find the hairbrush for the four-year-old (because MULTITASKING) and that’s when it all unraveled.

Gabby helped herself to another egg and apparently peeled both, then smushed them determinedly into the living room carpet. She then began pooping in her nighttime diaper, but, intrepid adventurer that she is, she quickly stripped off her pajamas and very large diaper and, dragging them across the room, headed to the potty. Unfortunately (for me), she was still actively defecating at the time. When I turned around, our faithful hound was gleefully slurping up the spoils.

Dog banished, boiled egg and feces cleaned up, and still (miracle of miracles) on time, I breathed in deeply, choked on the pungent mélange of excrement, egg and Lysol, then cheerfully chirped, “Okay girls. Let’s get in the car!” only six decibels higher than usual.

They immediately obeyed after only seven minutes of shoe choosing and arguments and as I snapped the last car seat buckle in place, an enormous sense of relief flooded over me. Stress melted away as I closed the driver’s door and clicked the garage door opener.

Then, a large metallic THUNK.

Fine. I am a modern woman. I calmly exited the car and pulled down on the emergency rope to manually open the garage door. It turns out, however, that if the metal BAR holding the track has suddenly just decided to BEND, then there is no way to heave up the door, no matter how much you can squat at the gym.

Problem solving skills on high alert, I opened the other garage door and hopped back in my SUV. Over the next minute, I deftly maneuvered my vehicle exactly sideways so that it was even more hopelessly trapped in the car prison, likely forever. 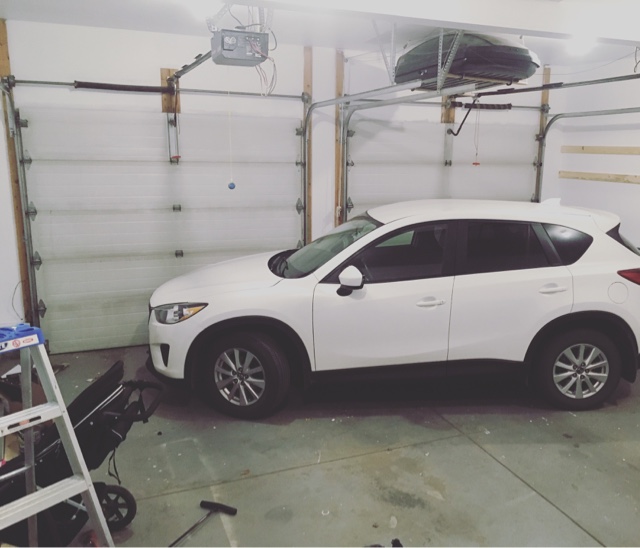 At this point I had three thoughts:

2. It’s too late to not go to work. As a teacher, it’s more work to find a last minute sub, send in a plan, and sort out the gong show that is not showing up than it is to run 20 miles to school.

So I did what I always do when I’m in a mess.

I phoned my husband.

Unfortunately, he was busy saving lives 20 miles away at work and didn’t answer. I followed my emergency protocol and phoned my sister. She graciously offered me the use of her vehicle but her daughter was sleeping. I unloaded my children from the car, deposited them in the running stroller, threw a booster seat on top of them and speed walked to my sister’s house.

We threw the kids and carseats (sort of in that order) in the car and I raced to day care to drop them off before driving (my sister’s vehicle) to school.

Eye twitching ever so slightly, I entered the classroom to greet my students, trying to concentrate on abstract learning while concretely wondering if my car will ever exit the garage again.

Being a working mom is awesome, but not today.

Have you ever had one of these days? Tell me I'm not alone in the comments below!

This post was originally published on the author's blog, grumblinggrace.com 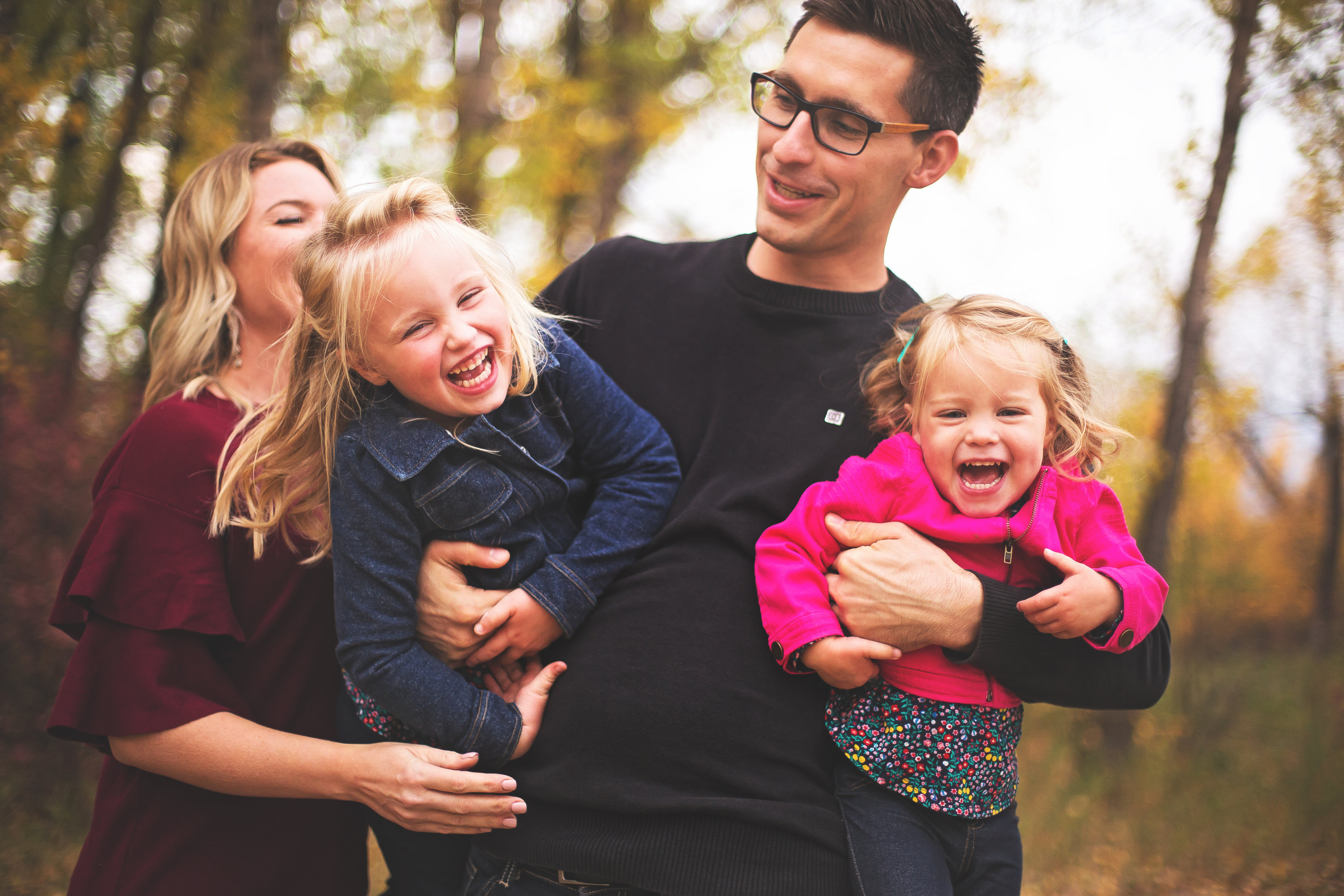 The college send-off: life doesn't wait for you to be ready
In the Puddle of Parenting
I Will Purge More And Be Free
advertisement

The college send-off: life doesn't wait for you to be ready
In the Puddle of Parenting
I Will Purge More And Be Free