Behind That White Picket Fence

Published by Kelly@Kelly Mattei's Favorite Things on May 26, 2018 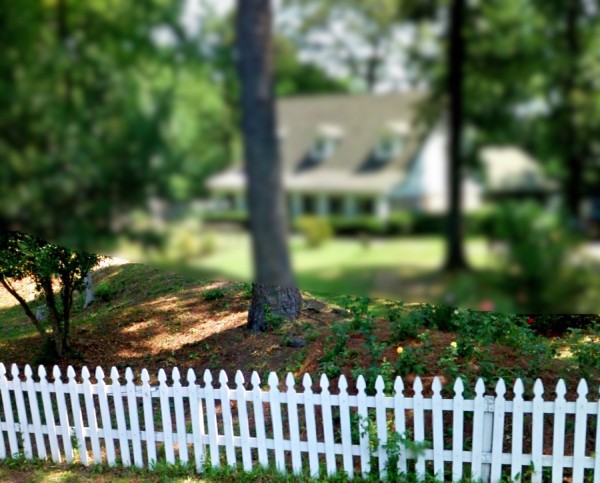 When my daddy was sick and dying of pancreatic cancer in 2006, I learned a lot.

One thing I learned is that we never really know what someone is going through. I remember leaving my parents' house one evening after spending time with them when he was sick. They lived in a traditional southern style home with a white picket fence. Yep, a white picket fence.

On the outside, everything appeared to be normal...quiet, peaceful. On the inside of that house, it was anything but normal. I remember thinking, "People driving by have no idea how sad things are inside my parents' house right now."

It made me think. It made me look at people differently.

As I drove out of their neighborhood that evening, I looked at each house I passed and wondered if everything was OK. I wondered if there was anyone else experiencing the sadness we were experiencing. Were the people in the corner house feeling OK? Was anyone lying in the floor of their house waiting for help? Were people crying around a dinner table because of illness or divorce? Were any of the neighbors having financial problems?

I remember when my daddy first started having symptoms in mid 2005. He was experiencing rapid, unexplained weight loss, which we attributed to the horrible hip pain he had been having. We had no idea it was pancreatic cancer, but we knew something was wrong.

At the same time, my maternal grandmother was in the early stages of dementia, and my mother was having to drive back and forth from the Mobile, Alabama, area to Birmingham, five hours each way, to get her evaluated and help get her settled in an assisted living facility. Daddy couldn't go with her, because he wasn't able to sit in the car for that long.

No one had any idea.

That September, right in the middle of all this, my husband's beloved grandmother died. The funeral was in Mobile. The day before the funeral, my mother had to go back to Birmingham, to meet with medical professionals about my grandmother's care and to get the house locked up. It couldn't wait. On the same day, my daddy had to get an epidural for the hip pain. It was a terrible time for my husband's family, and in a different way, a terrible time for my family.

My parents were very private people, so very few people knew what they were going through.

With Mother out of town, my daddy was incapacitated because of the epidural and his hip problems. He was in terrible pain. There was no way I could ask him to keep a two-yr-old during the funeral, and there was no way he or my mother could attend. They said prayers for my husband and his family, but their own issues were big...bigger than anyone outside the family knew.

I'm sure there were some people who thought they should have been there or that they should have kept our daughter while we went to the funeral, but again...you never know what someone else is going through. One person even mentioned it. I just thought, "Bless his heart...he has no idea." My parents were dealing with two different major health crises in two different cities. Even though we didn't know the extent of my daddy's illness, we knew something was wrong. And my grandmother, well, that was just sad. My poor mother was exhausted from driving back and forth...taking care of people at both ends of the state. There was no way my parents could have done anything differently than what they did.

As very private people, my parents would not have wanted me to tell anyone what they were dealing with, but it was a very difficult time.

No one could have known.

When my daughter was starting first grade, we had a "meet the teacher" day. All the parents gathered in the classroom. The teacher announced she would need a room mother for the school year. My friend whose child was also in the class turned to me and said, "You should do that!"

Unbeknownst to her, my husband was scheduled for brain surgery that September. I said, "Oh, I can't. My husband is having brain surgery soon." She was horrified. She'd had no idea, because no matter what my family was going through, we had to continue putting one foot in front of the other. I had been living life as usual, but something big was looming over our family. Of course, I told her not to be horrified, because we hadn't told a lot of people.

This past December, when my mother died, I kept it quiet for a while in Charlotte, because I needed to process it emotionally before dealing with it publicly. I remember going to a meeting at school in early January and running into a friend. I saw her and said, "I have something to tell you, and when I say it, I need you to not ask questions and immediately change the subject." I didn't want to cry in public, and I didn't want to make a scene.

She handled it perfectly. I said, "My mother died at the end of December." She did exactly as I asked and immediately asked me about something else. Yay! Lots of people would have thought it was strange behavior, but she knew what I needed. I needed to keep going.

That friend and I have known each other for ten years, and until I told her, she didn't know what was going on with me.

We really never know, do we? Maybe we should take that into consideration when someone forgets to meet us somewhere or forgets to return a call. Maybe that terrible waiter just needs someone to be kind to him.

How many times have you had a friend tell you they were getting divorced, but you had no idea there was a problem in their marriage? I've had two friends surprise me with this news in just the past few years, and I actually consider myself to be a pretty darn perceptive person. These are friends I saw regularly at least a few times a month, and I had no clue anything was wrong.

I know that after my mother died, I dropped out of life for a month. I gave myself permission to stay home, sit in bed, and do nothing for a month. On February 1, I rejoined the living. During the month of January, lots of people still had no idea what was going on in my life. I was grieving my mother, but I wanted to do it privately.

So, as you go through your day, try to remember that lots of people are dealing with terrible things...every day...everywhere. It might be your neighbor who was just diagnosed with cancer. It might be your child's teacher who has been cranky lately, because her husband lost his job. It might be your friend who hasn't told you she's having marital problems.

Often, there are things we do not know. Let's try to give people the benefit of the doubt. 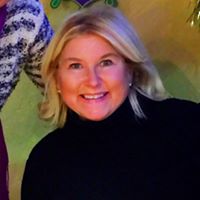 Kelly Mattei is a freelance writer and fun-loving mom who lives for the next vacation, and there is always one in the works. When not on vacation, she lives in Charlotte, NC, with her husband and teenage daughter. You can also find her at Kelly’s Favorite Things​​​ and on Facebook​.

Behind That White Picket Fence
A Letter to the Princes on this 20th Anniversary: You Lost Your Mom; I Lost My Baby
My Husband Got Hit By a Car While Running & Here is What We Learned
advertisement

Behind That White Picket Fence
A Letter to the Princes on this 20th Anniversary: You Lost Your Mom; I Lost My Baby
My Husband Got Hit By a Car While Running & Here is What We Learned