A Letter to the Princes on this 20th Anniversary: You Lost Your Mom; I Lost My Baby

Published by TerriWS on September 2, 2017

An Open Letter to Prince William and Prince Harry

Remarkably, we have a few things in common. During a fateful week in 1997, 20 years ago, we both suffered a significant loss; the grief and shock that you have recently gone public with is part of my life journey as well. We have mirrored differences, however: You lost your mother that week; I lost my child that week, and for a time, my dream of being a mother.

On the day before your mother was killed, I was very pregnant, waiting in a doctor’s office following what I thought was a routine ultrasound at 38 weeks gestation. What I discovered, however, is when an ultrasound tech enters the doctor’s office with a book under his arm, titled, Ultrasound Abnormalities, you need to prepare for the freight train that is about to hit.

My husband and I were told our baby suffered from duodenal atresia, a condition in which the opening to the duodenum is closed. We were told to try to carry the baby as close to term as possible, ensuring a strong baby to help him or her survive the subsequent surgery.

It was a scary, overwhelming time, as I struggled with high blood pressure and anxiety. So it was with the idea of distraction that my husband took me to a movie on Saturday night, August 31st, thinking he could take my mind off things.

When we got home, we saw on TV the news about your mom. A longtime fan of hers, I was crushed, but a terrible numbness soon followed.

The week slowly went by in a blur; and then Mother Teresa also passed. It was a time of incredible sadness, only the worst was yet to come for me. On Friday, as you were preparing for a heartbreaking funeral, I was in the specialist’s office, awaiting another ultrasound to determine the health of our baby. When the ultrasound tech turns off the machine after putting the wand on a mother’s stomach for just a few minutes, you realize you are done. And those were the words I used when I broke it to my ever-positive husband, prior to the doctor coming in to inform us our baby was dead.

When you are faced with the birth of a stillborn, you learn a lot of things. You learn that barring something unusual, you need to go through the birthing process. No one comes and takes the baby and creeps away. However, I found that going through the process was for me an incredibly beautiful and healing one.

I was fortunate to have a doctor on-call and assigned to me who immediately shared that he had lost his own baby 20 years prior. He knew firsthand the feelings I was just beginning to process.

Since I was not physically ready to give birth, the process took longer. I waited anxiously for the pain to hit, for I wanted to feel it, even if it was just for a while, to make me feel like a regular mother giving birth.

So it was with that pain that I stayed awake all night, watching your mother’s funeral live. It felt right that I was watching her funeral, symbolically grieving with you both, even if it was for different reasons. When the nurses anxiously asked if they could turn the channel, I told them no, it was fitting that the whole world was sad.

I hope that you found a small shred of happiness in seeing the overwhelming mounds of flowers and notes people left at the palace to honor your mother. Sometime during the funeral an amazing gesture of kindness also occurred for me. A nurse brought in a beautiful bouquet of flowers, saying they were from the people next door who had lost their baby as well—they wanted us to know we weren’t alone. Remarkably, I didn’t feel alone—I was looking at you two, as you faced your grief. I felt certain you were asking yourself the same question I was: why us?

As I prepared to give birth, the doctor gently warned me not to have any secret hopes that there would be a last-minute miracle.

There were other small miracles, though. Giving birth is beautiful, even when there is the unexpected quiet upon entry. My other miracles appeared while my close-knit family surrounded me, making me laugh through tears; my nurses who spent every single second with me—all three remarkably named Debbie; and with a doctor who knew what I was thinking without saying it. A priest appeared to baptize our baby, putting holy water in a small seashell, just after we had decided to scatter the baby’s ashes in the sea, but had not told anyone of our plan.

I gave birth to a son following your mother’s funeral on September 6,, 1997. He had blonde curls and the face of an angel. We named him Michael, in honor of my paternal grandfather, my doctor and the Archangel Michael. If it was a girl, she was going to be named Teresa Diana—sorry, but as a lifelong Catholic, Mother Teresa needed top billing.

No mother should have to leave the hospital clutching a fabric box filled with tiny remembrances instead of carrying a beautiful baby. Just as no child should have to walk behind a box that holds their mother.

I just wanted to tell you that you are correct: the shock never fades. Despite two years later, giving birth to a healthy baby girl and three years after that, surprise twin girls, there is a hole left in my heart. And as you have said, grief can tear you up unless you seek help.

After Michael’s birth, I was fortunate to find an amazing counselor, who helped me navigate my grief and the subsequent guilt I felt about being happy and then extremely fearful during my next pregnancy.

He once told me everyone grieves differently and there is no right or wrong way to grieve. I use that thought a lot whenever I comfort someone. I know you understand that—especially since most people are fortunate to grieve in a small circle, yet you had to handle it far more publicly.

Every year, when the last week of August rolls around, I feel as if I have 50 pounds strapped to my shoulders. On September 7th, I breathe a sigh of relief. I’m sure you understand.

I jokingly advise friends to not have a major sad life event happen around a major international horrific incident. For when I see the headlines about your mom, every single moment of that week comes back in a blinding lightening flash. Since you’ve publicly talked about your grief and tried to remove the stigma of seeking treatment, I no longer think that way. Instead, it’s a reminder that other people have suffered a loss and continue on the same path of grief that we are. It makes me wonder what else happened that week— I’m sure there are many stories—including positive ones. Healthy babies were born that week, people married or celebrated successes and triumphs—it wasn’t all darkness.

And now as we face the 20th anniversary, I am in a good place and I hope you are as well. We will still face the reality of the big moments in life we won’t experience with the person we lost. Near the anniversary/birthday for my son, I plan to go to Hug Point, an intimate cove on the Oregon coast, where we put his ashes into the Pacific Ocean during a pink and orange sunset, just as the sun touched the sea. I’ll say a prayer for him and think about the kind of man he would have become. I’ll think of you and your kind-hearted, gorgeous mom. 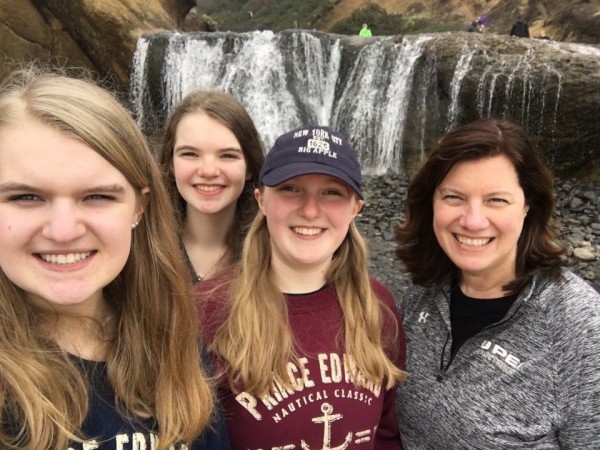 Hug Point with my Girls

We’ve traveled on this path of grief in different ways, unknowingly, separated by thousands of physical miles, and even larger contrasts involving royalty and culture.

I don’t share my story to capitalize on your mother’s death, but rather to agree with you that two decades ago, I couldn’t have talked about it publicly either. Thank you for sharing your feelings and letting people know that grief is complicated, messy and affects us all, whether you’re a mother-to-be or a prince. 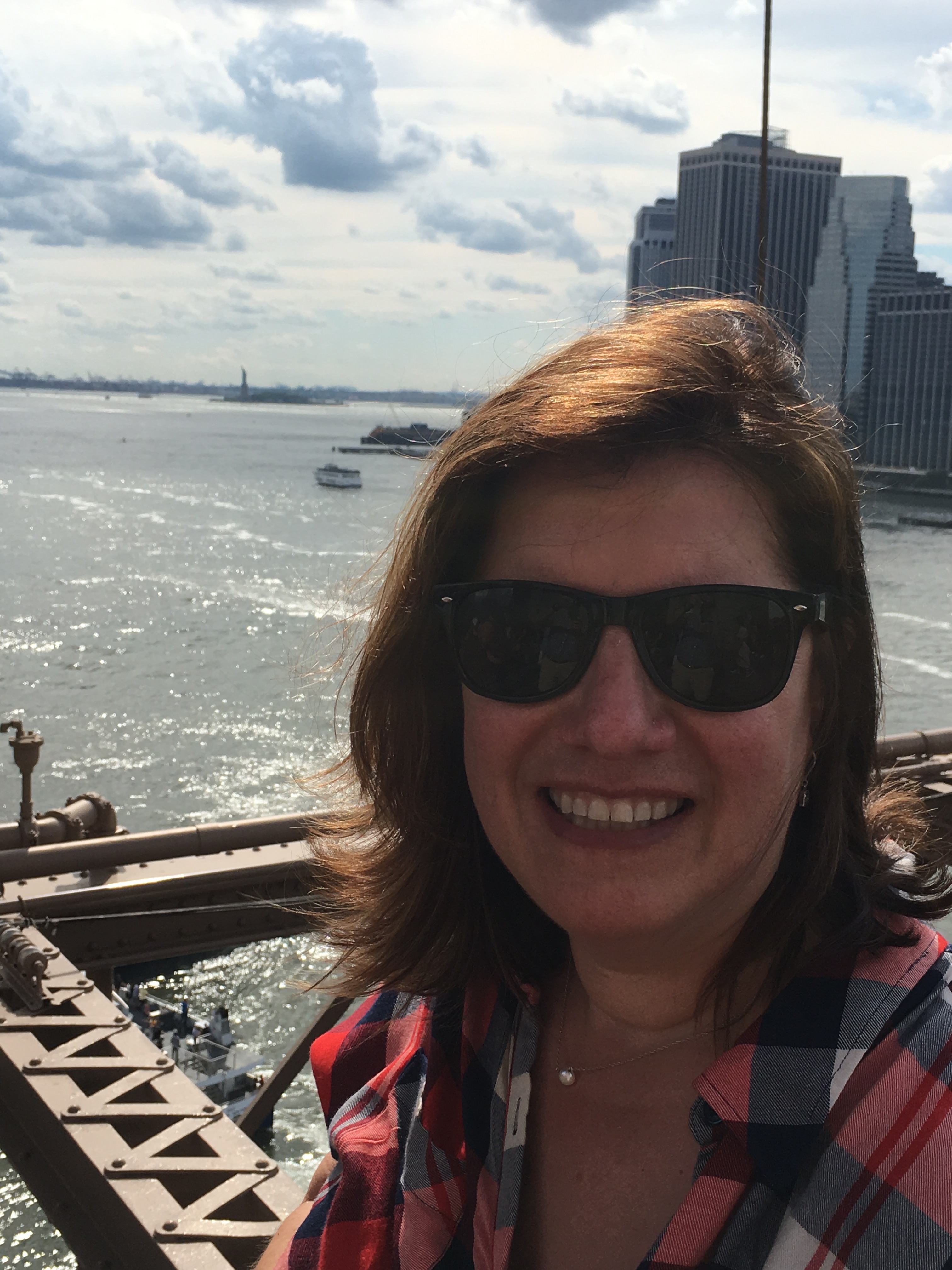 I am a working wife, mom and daughter who moves at the speed of light to try to do my best and be my best.

My VBAC Failed: I’m Not Disappointed
How we learned our son had a lethal condition, and why we kept it to ourselves
Facing a Possible Birth Defect: My Story
advertisement

My VBAC Failed: I’m Not Disappointed
How we learned our son had a lethal condition, and why we kept it to ourselves
Facing a Possible Birth Defect: My Story