More than 20 years ago, Regina Ellis’ five-year-old daughter, Alexandra, was in the hospital, as cancer ravished her small body.

Back then, there were no special music and art programs in the hospitals; it was pretty much bed and TV all day. Regina and her husband used to leave their daughter’s hospital door open and play music, and they found that other parents, even doctors, nurses, and other kids would come and listen. After Alex died, they set out to change the conversation and figure out new ways to treat cancer care.

Through her grief, Regina founded Children’s Cancer Association, and formed a program for what they believed was most important for kids, even when they’re going through cancer: friendship, nature, music, and joy. From there, they formed MyMusicRx. With MyMusicRx, trained music specialists are placed in hospitals with instruments, iPads, and headphones to play with and for kids to reduce perceptions of pain and reduce stress.

By chance, I met some of the representatives for MyMusicRx at the Austin City Limits Music Festival; their booth in the media tent caught my eye, and I wanted to know more. As a mom who loves music, I loved their mission.

Think about the ways you react to music and what it does for your mind. It elicits moments of happiness and good times. Athletes use music to get pumped up. Music drives us. My son and I bond by exchanging music and choosing music to start our day each morning, and I know how one song can make the difference between a crabby morning and a stellar, happy morning. It’s our coffee. I started to imagine what that might mean for a kid with cancer who can’t leave their room. 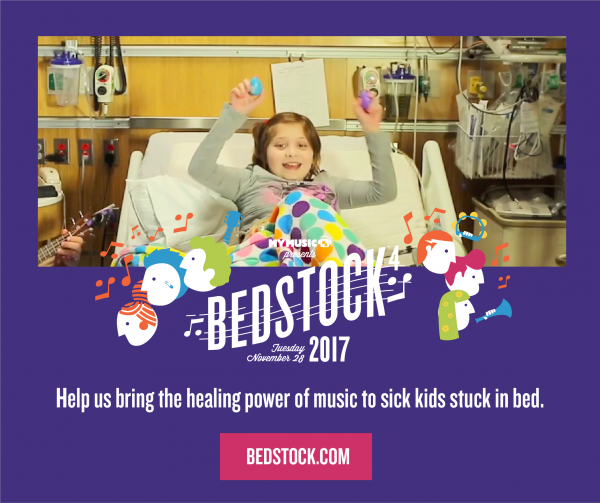 This year, MyMusicRx is hosting its fourth online music festival, called Bedstock, where artists play from bed as a show of solidarity with seriously ill kids spending the holidays in hospital beds. And TODAY is the big day.

Past recording artists have included Panic! At the Disco, Jack Johnson, Moby, Norah Jones, Tegan and Sara, Jim James, X Ambassadors, Francesco Yates, The Decemberists, and BØRNS, and the festival has and raised more than $95,000 to fuel MyMusicRx bedside and online music medicine programs at 25 pediatric hospitals nationwide. It’s pretty impressive; a mom just like any of us started this in memory of her daughter, and she’s helping others.

This year’s Bedstock also includes a festival-plus approach that encourages the global online community to participate in Bedstock through #BedstockChallenge. Artists will play from their beds on Giving Tuesday and invite their fans, other musicians, comedians, chefs, athletes, and influencers to film their own Bedstock videos, post to their own social networks, and challenge their friends to participate through the end of the year. 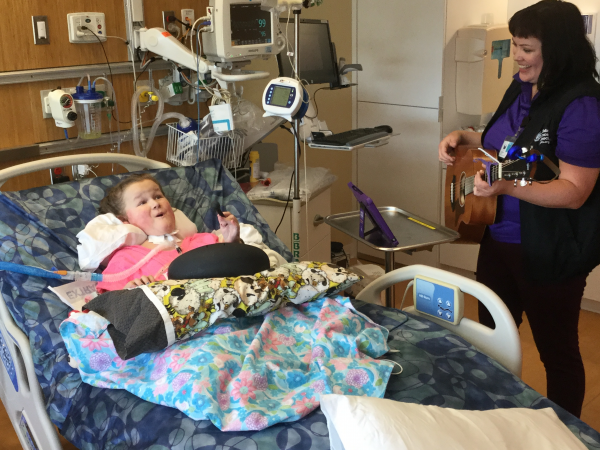 Since 2014, Bedstock has featured performances from more than 100 artists, 40 kids served by MyMusicRx programs, and 40 writers reading their favorite children’s books from bed. Want to know who is playing this year? Stay tuned on the bedstock.com site and on TODAY.com.

"I hope that my song ‘Somebody To Love’ is an inspiration to kids and helps them to heal faster,” says American singer-songwriter Valerie June. “I hope it gives them a little bit of light in their day. If you have someone who can bring you a little joy and keep your mind off it that’s always a good thing, so I’m honored they choose me to be a part of Bedstock again.”

Check them out. They're spreading joy where joy is so needed.

How to choose the best hospital for your child
I Am a Cancer Mom, But Please, Don't Call Me Strong
How music can help your health.
advertisement

How to choose the best hospital for your child
I Am a Cancer Mom, But Please, Don't Call Me Strong
How music can help your health.