The day we learned our son would be arriving early into the world, the neonatologist sat down with us in our hospital room and explained that we are about to go on the longest journey of our lives that will take a lot of strength and courage to get thru.

Our son arrived on March 14, 2017 at 7:43 p.m. fist pumping and ninja kicking ready for the biggest fight of this his life. I was 24 weeks and 5 days along in my pregnancy. Due to a genetic abnormality in our son known as Unipartental Disomy of the # 16 chromosome, the placenta was starting to fail and it was restricting our son’s growth and poisoning me at the same time. After some blood tests, it was determined I had HELLP syndrome and our son must be delivered immediately as well as I needed a platelet transfusion before operating. There is nothing more frightening than hearing that your child must be delivered at 24 weeks and 5 days and the uncertainty that came with all of that.

After he arrived and was rushed up to the NICU, my husband and I were sitting in my recovery room taking in everything that just happened and about the journey we were officially on. Since he wasn’t due to arrive yet we had nothing prepared and no name picked out yet. He was called Baby Boy for the first hours of his life. After the 20 week ultrasound led us down the path of learning that our son had a genetic abnormality, we had started to think about names that meant strength, bravery and courage. Barrett was a name we were considering. It means “bear strength”. Arriving so early, we knew it was the perfect name to help give him strength he needed to get thru every step in life.

Upon the first minutes of our son’s life, we were thrust into this world known as the NICU and got an immediate medical crash course in a world we never imagined we would find ourselves in. Hand hugs, micro preemie, desats, PICC lines, care times… the list goes on and on and on. There was so much to know to fully understand how our son was doing each and every second of his life. The neonatologist told us there are 3 big bench marks- the first 3 days, week and month. If he makes it past these benchmarks, the percentage of his survival in the world increases. So, from the minute he was born, we were counting minutes, hours, days, weeks and months and we still do to this day.

Our little baby bear weighed in at just 620 grams at birth (1 lb 5.9 oz). I will never forget how tiny and fragile his little body was… tiniest fingers and toes you have ever seen with skin you could see thru and his beating heart looked almost as if it is was on the surface of his body. This little tiny fighter demonstrated to us, our family and the NICU staff that he was up for the fight of his life- kicking and fist pumping every moment he could. In the first 3 days of his life, he was on a protocol known as IVH- they limited his movement and kept him in the midline position in order to reduce any chance of brain bleeds. Upon the completion of 72 hours of this protocol, they weighed our son. He dropped 150 grams- down to 470 grams (1 lb 0.5 oz). From that point on, every night at 9 p.m. when he was weighed, we celebrated every single gram he gained. Thru the ups and downs of his weight gain along the NICU journey, he demonstrated his bear strength to keep putting on gram by gram each day. The day he left the NICU, he weighed in at 8 lbs .5 oz… gaining a total of 3186 grams.

The first week of his life, he opened his eyes (they were fused shut when he was born), his ears continued to develop (they were just flaps of skin when he was born), he spent 2 days under the blue lights for jaundice, enjoyed breast milk lollipops, started his feeding protocol, had a blood transfusion, thankfully developed no brain bleeds, had countless xrays, used his bear strength to close his PFD on his own and seemed to be doing amazing well for a little guy born so early whose body was forced to start functioning outside of the womb 15 weeks and 2 days early. Day 8 of life things started to take a very scary turn. Before we realized it, the surgeon, NP and neonatologist were at his bedside explaining to us they think he may be developing necrosis of the intestines and that he has to go on 7 days of NPO (no food for 7 days). That’s the moment I realized that this journey was not going to be an easy one and that we had to be strong for our little baby bear. Amazingly enough, Barrett fought thru the nec scare with no incident and after 7 days, he started the feeding protocol all over again.

Day 6, one of his primary nurses asked if I was up for kangaroo time… with no hesitation I said yes and got to hold my son for the first time ever. While it was a very technical process due to his fragile state, it was everything I had hoped for and more since he was born. My husband got to hold him when he was 13 days old for the first time. There were times due to his fragile state and being so sick, we did not get hold him for a week at a time, but as he got stronger and stronger and exhibited his bear strength, we got to a point during his journey where we got to hold him every day for 3 hours at a time. It was always just the boost both he and us needed help get stronger and stronger.

The biggest hurdles our son had to overcome was breathing, staph infection, pneumonia, learning to eat, low red blood cell counts, nec scare, 2 tiny holes in his heart, stage 3 ROP, a very large hernia, learning to regulate is body temp, and weight gain. As each challenge presented itself, Barrett stood tall and fought each battle with amazing amounts of strength. The staph infection alone that he battled would have been challenging for an adult to work thru let alone a tiny 1 lb baby. His 2 biggest challenges were breathing and eating. He needed to do both successfully before he could leave the NICU. There were plans to send him home on oxygen, but by day 130, Barrett was officially off all breathing support. The last big hurdle was feeds. He struggled for days and weeks. It is not easy for micro preemies especially little boys to eat. We had decided to have his hernia repaired before discharge with hopes that would help make him more comfortable, so he could eat better. It helped to some degree and he went down an entire diaper size (size 1 down to newborns). However, one thing is for sure, he was more comfortable. As Day 130 came around, discharge was insight, but still not set in stone. The actual date changes many times the last week as the team worked to get him to a point where they knew he would eat successfully at home. We were tired and just wanted to be able to take our baby bear home. So, we agreed to learn how to insert and care of a nasal feeding tube. We were given lessons by the nurses and after a lot of practice and reassuring the team we were comfortable handling the tube at home, the doctor decided finally on Friday, July 28th at 10:30 a.m. he could go home… a moment we had dreamed about since the journey had started.

Barrett’s story is not complete without recognizing the amazing doctors, nurses, respiratory therapists, occupational therapist and speech therapist at Swedish Hospital who were there for our son around the clock as well as us. If it weren’t for their love and support, none of us would have made it to the finish line. They are our angels. They are family to us now. Even as Barrett progressed thru the various stages of respiratory support, feeding support, floor changes, etc., the team that cared for him stopped by every day when they were on shift to check in on him and say hi to us. They were always there to hug us on the hard days and to celebrate with us when Barrett had great days. Every day when we had to leave to go home, even though it was never easy to leave, we knew he was being cared for by the best people in the entire world who thought of him as their own. There is no way possible we feel we can thank the NICU team enough… without them we would have never had the strength to make it thru the 136 day journey. They will forever be in our lives!

Thru it all, the highs, the lows, the long dark nights, the tears, the joys of seeing our son progress, our micro preemie son even at 1 lb 5.9 oz, gave us the strength to help him get strong enough to leave the hospital. His resilience and strength he demonstrated all 136 days is nothing short of remarkable. He never complained- he just kept fighting even on the hardest of days. Barrett’s is now 8 months old- adjusted 4 1/2 months, weighs 11 lbs, eating better than ever and is stronger than ever. He is the strongest bear you’ll ever meet! 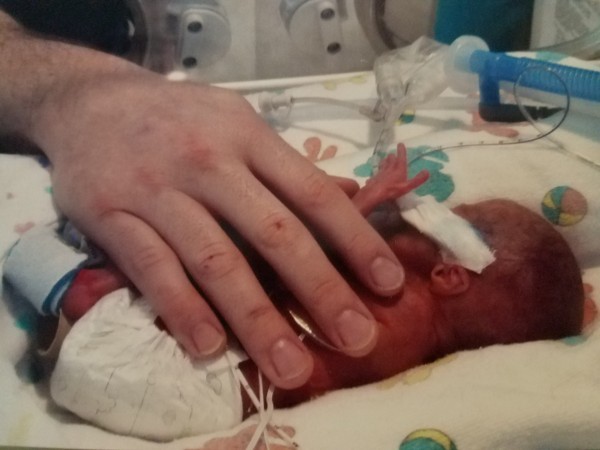 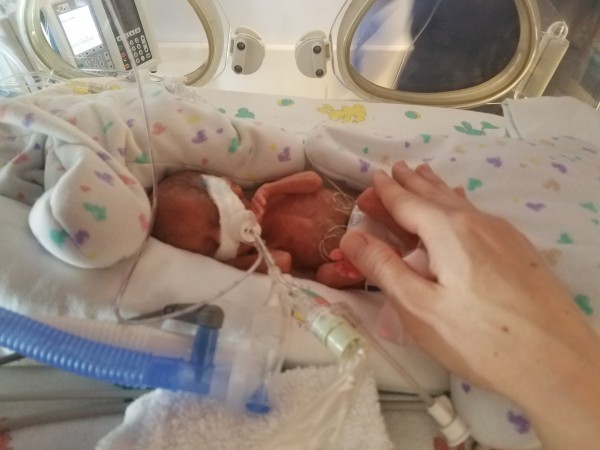 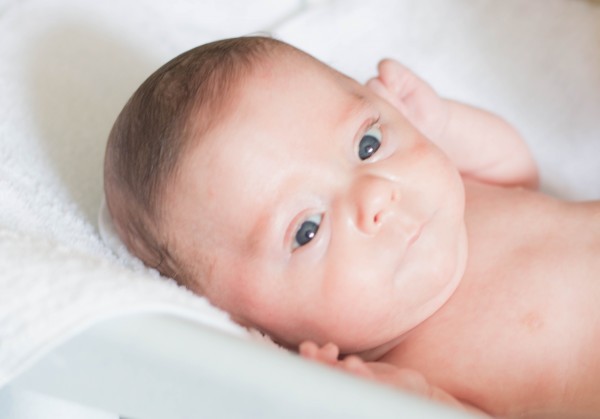 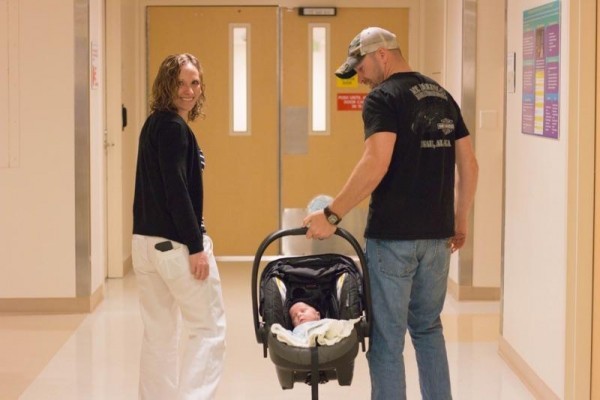 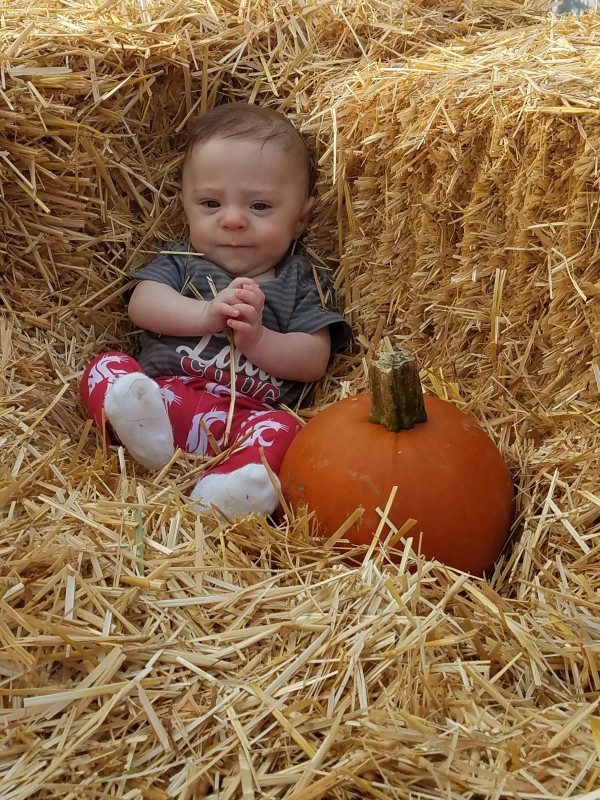 Casey Enzo- A Fighter in the NICU for 11 months
Just when you thought the NICU journey was over..
Cutler Hills 212 Day Journey through the NICU
advertisement

Casey Enzo- A Fighter in the NICU for 11 months
Just when you thought the NICU journey was over..
Cutler Hills 212 Day Journey through the NICU