Be Where You Are

The incessant loud beeping caught me by surprise, although it was the bright lights that pierced my brain, sending a strange chill into my heart. It was my first "welcome" into the Neonatal Intensive Care Unit (NICU), where the noise of machines would become strangely comforting over the next two weeks, when I began to understand what each did, and what each beep meant.

Do you remember the final weeks of your pregnancy, when you would talk to your belly and whisper the words, "I can't wait to meet you" to your baby? Then when you are truly in the throes of labor, you think (or yell), "Just. Get. Out. Now!" And the joy and all the big feelings when your baby is finally placed on your chest, where they fit just right, as if they were made for that space between your heart and your breath? Do you remember?

I do. I remember with my first two children.

I did not have that experience at my third and final labor.

My twins were born too soon at 34 weeks. I did not see my daughter and son immediately. I do not remember hearing them cry. I only remember asking if they were alright, if they were alive. I remember worrying about where my husband was, as the medical team had instructed him to stay outside, because they didn't know what to expect. I remember my doctor telling me that it was the first time in many years that the hospital had a natural twin delivery.

I remember lying in recovery, shooting questions at the doctor: "Are they okay? How much do they weigh? Are they in NICU? Does my husband know? Do they need ventilators? ARE THEY OKAY?"

Five hours later, I was wheeled into that brightly lit, noisy room, and saw my twins for the first time. She was tiny, just shy of 4 pounds, the little diaper swarming her skinny limbs. She had a plastic box over her head, tubes in her nose, and the entire back of her left hand was covered by a black bruise. There were other wires attached to her right hand and feet. She was in an incubator, and she was teeny. 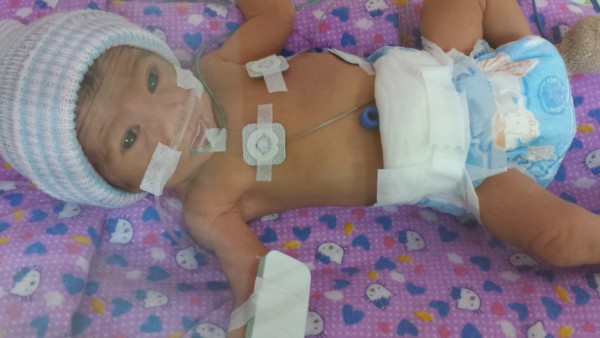 He was slightly bigger, 4 pounds, 6 ounces, which for a preemie, was a good weight. His brow was furrowed, his mouth seemed crooked because of the tube. When he cried, there was no sound because of the intubation. He was covered in wires and tubes, hooked up to at least three machines, one of which was helping him breathe. I didn't know where to look. 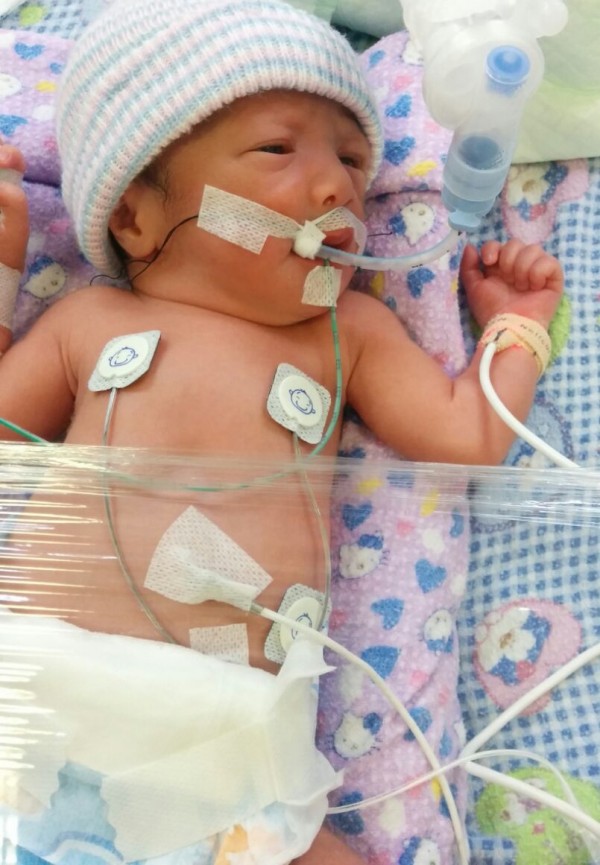 These were my children, and this was our first meeting. The lump in my throat nearly choked me.

I only touched patches of too-thin skin where it wasn't attached to a wire or a tube. When my children should have been skin-to-skin with me, there I was, looking at them in a too-bright, too-loud room, separated by things that kept them breathing and warm.

Those machines were their mother for the first few hours of their life.

Leaving them was hard. Coming back again and again was harder. I couldn't live in the hospital indefinitely, with two older children still needing me at home. I had to figure out how to be the mother that I could be to my boys, while being a mother with two babies in the NICU who didn't know they needed me.

I turned to my online community (one of the perks of being a freelance writer is the people I "meet"), asking mothers who have had children in the NICU, "What do I do? How do I go home and leave my children here? How do I juggle all the needs of everyone? How can I split my heart and mind two ways?"

The advice came pouring in. All good, all wise, all loving and caring. One stood out - Be where you are.

Simply put, she said, when you are with the twins, be there fully. Hold them. Talk to them. Touch their hands. Get involved. Know how they're doing. Ask questions. When you're at home, do all the daily things as you would. Get the boys dressed, fix them food, get them to school and back, put them to bed at night. Be their mother.

Wherever I happen to be, I only had to be 100 percent there. No distractions, no worrying, no wishing I could be somewhere else.

Those four words saved my mental and emotional health. I could not have the typical postpartum experience of a new-again motherhood, so I had to find a way to make it work somehow.

The once-scary beeping machines welcomed me back every day for two weeks. Every morning for a few hours, they were my reality, and I learned to live with them. Every minute at the NICU, I allowed myself to be a new mother of infants, albeit in the minefield of NICU life - navigating the many wires, mastering the thorough sanitation process, learning to understand the babies' progress in numbers and medical terms. I celebrated every ounce gained and each milestone, big and small.

I also did what new mothers do - I held my children, fed and changed them, sang softly to them, and said quiet prayers for their good health. I sniffed their little heads, held their small hands, and marveled at the fact that they are alive and here. I felt all the big feelings that new mothers feel when their babes are finally on their chest, after months of being under it.

Be where you are.

I was. I continue to be. With four children five and under, it's easy to be buried in daily minutiae (and diapers). I can only do so much, but with everything that I do, I am where I'm supposed to be, fully.

This essay was originally published in So Glad They Told Me: Women Get Real About Motherhood.

Alison Lee is the co-editor of Multiples Illuminated: A Collection of Stories and Advice from Parents of Twins, Triplets or More and Multiples Illuminated: Life with Twins and Triplets, the Toddler to Tween Years. In another life, Alison was a PR and marketing professional. Alison’s writing has been featured in Brain, Child Magazine, Mamalode, On Parenting at The Washington Post, The Huffington Post, Everyday Family, Scary Mommy, Mothers Always Write, Feminine Collective, The HerStories Project, and DrGreene.com, and has essays in two anthologies. Alison lives in Malaysia with her husband and four children (two boys and boy/ girl twins).