When planning our recent trip to the English countryside to visit friends, my main objective was to spare my four-year-old from jet lag. He’s a frequent flyer and seasoned traveler, but the eight hour time difference between L.A. and London had me concerned, not just for him, but for me, too. It was important to me that our vacation feel like vacation, not exhaustion. I’m happy to report that with a bit of planning, we not only survived but thrived during our 17 day trip, losing NO TIME to jet lag.

We made the decision to stop in New York City on our way to London, as well as on our way back home. Los Angeles is three hours behind New York and eight hours behind London, so stopping halfway gave all of us the opportunity to adjust our body clocks a bit at time. We landed in New York on Monday evening, spent Tuesday and Wednesday in the city, and left first thing Thursday morning. Warren and I both love New York, we lived there during college, married there, have friends there, and now our oldest son lives in Brooklyn. We approached our New York leg not as a layover, but as part of our vacation, making the most of our time in the city. 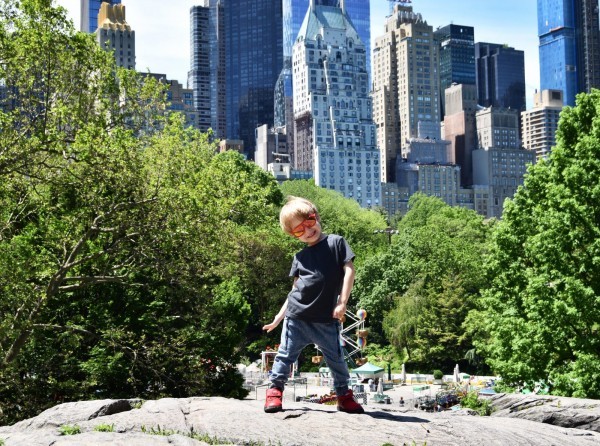 In addition to cutting our time change in half, stopping in New York split up our flight: five hours to New York, six and a half to London. A six hour flight with a toddler is so much more manageable than a 12 hour one. And it’s easier on Mommy, too. Flying six hours in economy or business class is fine. More than that, and I start to seriously consider first class, which increases the price of vacation astronomically.

I’m a big believer that all aspects of travel should be enjoyable. If you can sleep on overnight flights, I envy you. I can’t. And neither can my husband. I don’t like getting up in the middle of the night to catch an early flight, and my toddler likes it even less, so when planning our trip, I was careful to pick flight times that allowed Levon to stay on his normal sleeping schedule. We left L.A. around 9:30 Monday morning and landed in New York at 5:30 PM. I was confident that Levon would car nap for an hour on our ride from JFK to the city and that we could keep him up late, essentially adjusting his body the first day. We had a wonderful 2 1/2 days in the city before heading to London on a 10 AM flight and landing at 10 PM. By the time we settled into our hotel and ate dinner, it was 1 AM in London (8 PM in NYC) but we were exhausted from a long travel day. We pulled the curtains and fell right asleep, waking up at 8:30 the next morning ready to explore. 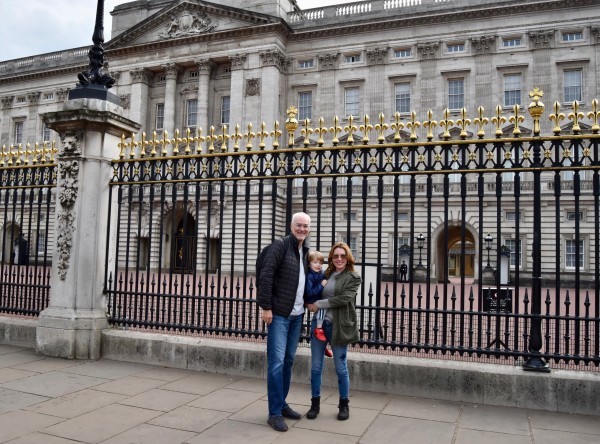 On our way back, we booked a similar schedule, departing London at 1 PM, landing in New York 4 PM and pushing through a late dinner to get us on track.

Levon stopped napping around two years old, but I knew that since his body clock would be a little off, he might randomly fall asleep mid-day. I also knew I didn’t want to be stuck carrying him through the streets, so I packed our stroller and took it on every outing. We don’t use a stroller that often because it’s a pain to lift over every curb, but it was so worth it. He took stroller naps almost every day in both New York and London. 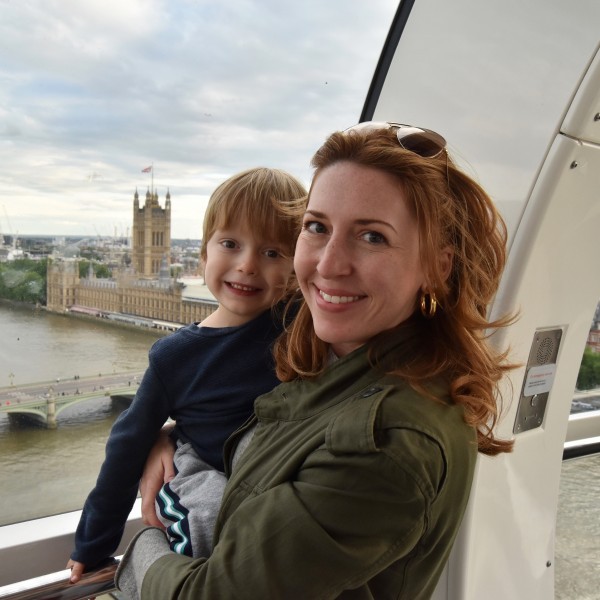 5 Secrets to Stress-Free Traveling With Your Baby
A Trip Across the World with a Newborn & a Toddler
But you did, but you did, and I thank you
advertisement

5 Secrets to Stress-Free Traveling With Your Baby
A Trip Across the World with a Newborn & a Toddler
But you did, but you did, and I thank you