At age 88, the 'American Girl in Italy' wrote this message to my 8-year-old son

Ninalee Craig, the stunning, statuesque woman in the famous 1951 "American Girl in Italy" photograph, wrote that inscription to my son in 2016. He was 8 years old at the time. She was 88 — and as stunning and statuesque as ever. After she wrote it, she took my little boy’s hands in her own, looked him in the eyes and said, "Someday, you’re going to understand what that means." 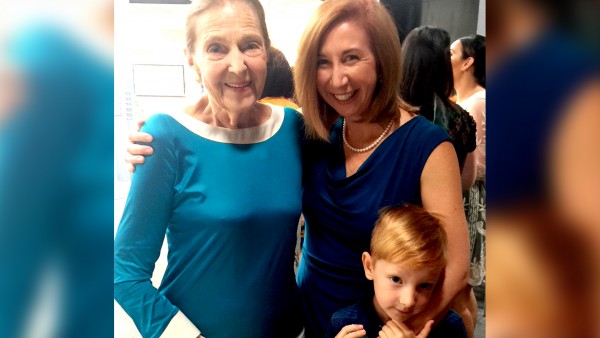 Ninalee died on May 2 in Toronto at age 90. Even though I did not know her well by traditional friendship standards, the news of her death hit me hard. I knew that the world had lost a radiant source of color and fun, and I had lost an unrealized soulmate.

I first met Ninalee over the phone in 2011, around the time of the 60-year anniversary of Ruth Orkin’s “American Girl in Italy” photograph. The Stephen Bulger Gallery in Toronto was hosting an exhibit of Orkin’s work, and I interviewed Ninalee for TODAY about the story behind the iconic photograph. 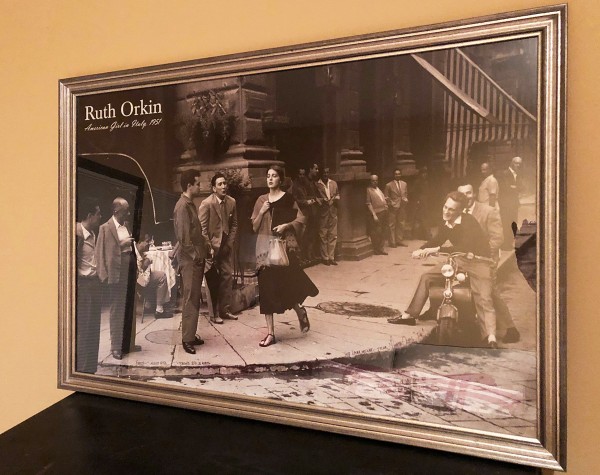 In the photo, Ninalee is walking swiftly down a Florence street and clutching her shawl while being ogled by a gaggle of Italian men. By 2018 post-#MeToo standards, the men’s behavior seems appalling — but Ninalee spoke at length about what the photo represented to her and what it didn’t.

Here’s the thing: When that photo was taken, Ninalee was smack-dab in the midst of a gutsy, life-changing adventure. She was a 23-year-old solo female traveler in Europe during the aftermath of World War II — not exactly a peak tourism period for Americans in Italy or any other European country. It also was the 1950s — not exactly a peak time for female empowerment. People thought Ninalee was crazy when she chucked her job in New York and boarded a Europe-bound ship all alone.

In Florence, she found a hotel on the Arno River where she could stay for $1 a day. That’s where she met another rare solo female traveler — a 29-year-old photographer named Ruth Orkin. Together, they decided to have some fun taking photos to show what it was really like to travel alone as a young single woman. Ninalee swore that she felt completely safe during the legendary street scene captured in “American Girl in Italy.”

“Very few of those men had jobs. Italy was recovering from the war and had really been devastated by it,” she recalled. “It wasn’t the intent of any man in that photo to harass me. … None of those men crossed the line at all.”

My 2011 conversation with Ninalee meandered for more than two hours. It was hard to hang up the phone because her stories were so engaging and I kept laughing so hard. Shortly before we said goodbye, she mentioned how much she loved living in Toronto.

“Have you ever visited Toronto?” she asked.

“You HAVE to come here! You would LOVE it! And when you come here, you have to visit me!”

I knew Ninalee meant it. So I did it.

In the summer of 2016, photographer Lori Fusaro and I were invited to appear on the television show “The Social,” which is Canada’s version of “The View.” We’d be speaking in front of a studio audience about the senior dog rescue book we had teamed up to create — and, to be honest, I was petrified. I had never sat in a studio audience before, let alone appeared in front of one. I thought to myself: Wouldn’t it be nice to have a friendly face in the audience?

And then it hit me: I could invite Ninalee to come. I emailed her, and she responded right away that she’d be there. 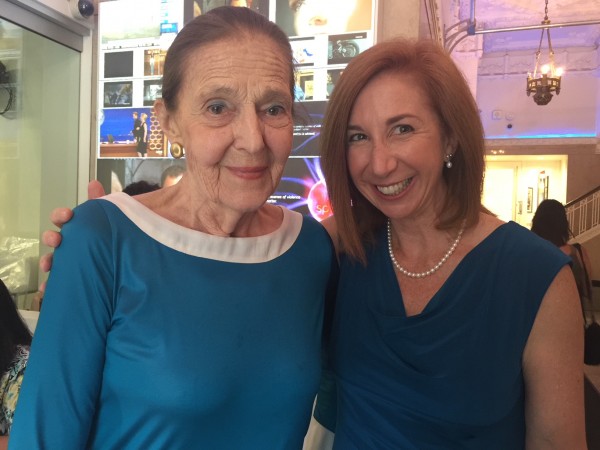 The TV interview wound up being a BLAST, and at the end of it I was a bundle of energy and adrenaline. Then I had my in-person encounter with Ninalee, a serene island of glamour and grace. We hugged, and I introduced her to my son, Tyler, who had come to Canada with me.

Once again, I knew Ninalee meant it. So I remembered it. I think about her advice all the time. I often wonder: Am I doing enough to expose Tyler to different cultures, different ways of living, different points of view? Or am I inadvertently reinforcing sameness without even realizing it? These feel like valid questions not only when we travel someplace, but also right here in our home base in the Pacific Northwest, and I’m grateful that Ninalee nudged me to ponder them. 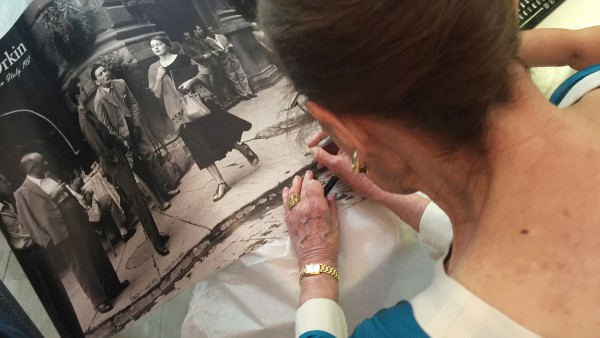 I brought a couple of “American Girl in Italy” posters to Toronto with me when I realized I’d be meeting Ninalee in person, and I asked her to sign them. She was elated to do so. On one of them, she took her time penning that message to Tyler: “When you get to a fork in the road — take it.”

Yes, the phrase is a bit cryptic — but I instantly knew why Ninalee decided to share it with my son. She hoped that this little boy would explore the world, and have adventures, and LIVE. My sense about her message solidified when I read in Ninalee’s obituary that this was one of her favorite sayings: “Life is a banquet, and most people are starving.”

This week I reread notes from our 2011 conversation, and I found another clue. It came in the form of this quote from Ninalee, which made me cry:

“My life has been wonderful. I’m ready for more.”

Laura T. Coffey is editor of the TODAY Parenting Team and author of the best-selling non-fiction book "My Old Dog: Rescued Pets with Remarkable Second Acts." At age 17 she spent a summer traveling through Europe with her 18-year-old best girlfriend, and at 24 she headed to Alaska alone for a summer of adventure. These days, she spends a LOT of time in her house wearing sweatpants. 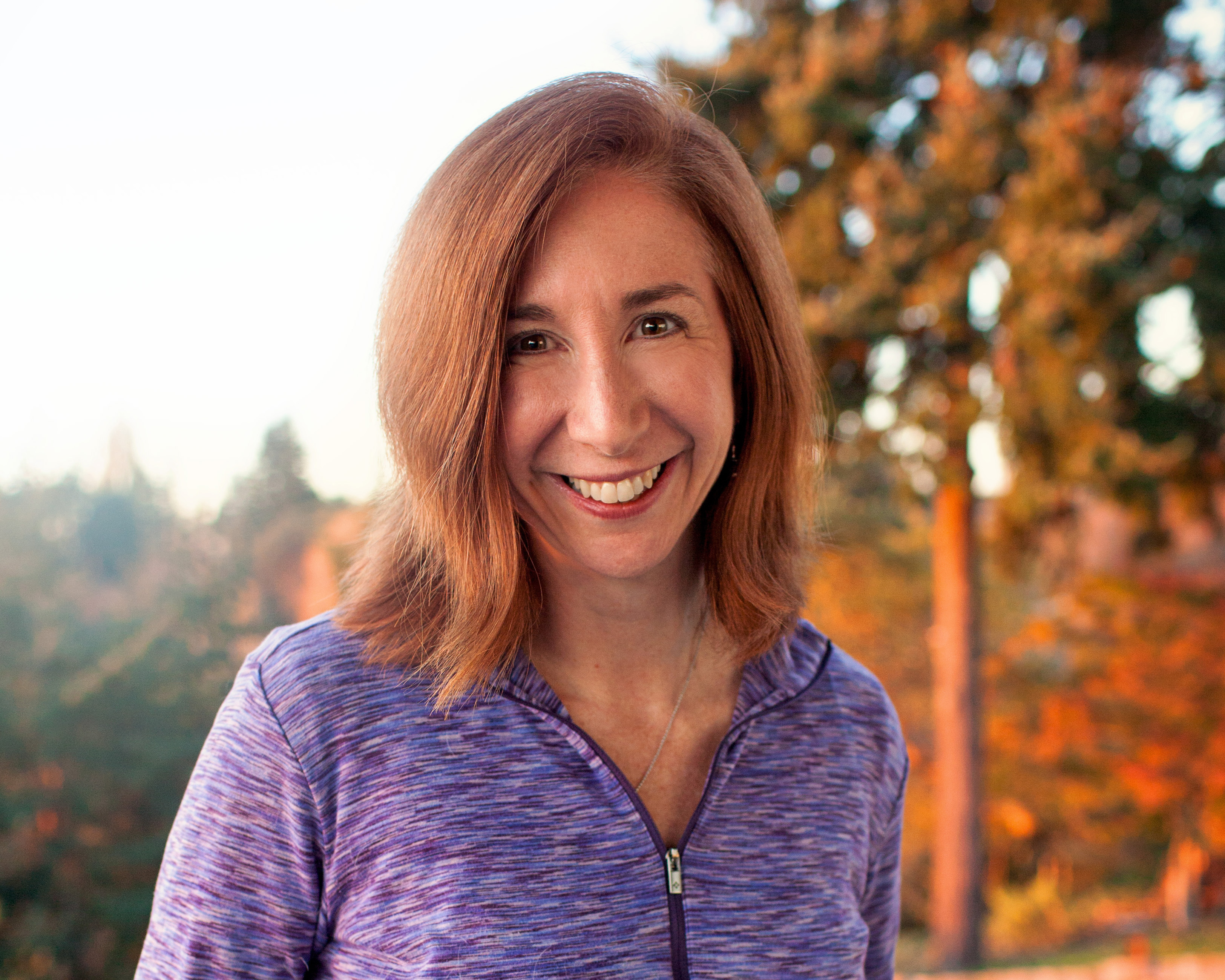 Laura T. Coffey is editor of the TODAY Parenting Team and author of the best-selling non-fiction book "My Old Dog: Rescued Pets with Remarkable Second Acts." She's mom to a fun-loving boy, two senior dogs and a very large and talkative cat. Connect with Laura at MyOldDogBook.com.

The problem isn't autism: What my son and the Obamas taught me about fatherhood
Ignite Your Relationship! Risk an Adventure!
Changing my lock screen after 6 years feels like betrayal
advertisement

The problem isn't autism: What my son and the Obamas taught me about fatherhood
Ignite Your Relationship! Risk an Adventure!
Changing my lock screen after 6 years feels like betrayal