Ignite Your Relationship! Risk an Adventure!

A buddy and I once had a regrettably awesome idea: “Let’s have the most unforgettable Fourth of July fireworks display EVER!”

We pooled our resources and headed across the river to smuggle boxes of explosives back into West Virginia. Rockets. Missiles. Screamers. Repeaters. Roman Candles. Dozens of exploding mortars (those are the big, professional ones, kids).

As family and friends filled our yard, we anxiously awaited the cover of darkness so we could light up the night sky. It was going to be … glorious!

Unfortunately, communication along the front line suffered a setback, resulting in a “slight weapons malfunction.” To cut to the chase, a random spark ignited some misplaced mortars and … well, to be honest, all hell broke loose.

That didn’t go as planned (photo from Caddyshack)

Within 60 seconds, nearly $500 worth of fireworks came roaring to life and attacked in all directions. The rockets’ red glare. The bombs burst in the air … and on my house … and next to screaming people running for cover. At one point I saw my wife’s cousin, just home from Iraq and still in uniform, running through the yard, tossing children over his shoulder and extracting them from the battlefield. People were diving in the pool as my wife screamed, “Get under the water! Stay down!”

You know that final scene from Caddyshack when Carl blows up the entire golf course? That was child’s play compared to our epic disaster.

About a year later, we’re standing on the deck of a US Navy aircraft carrier as fireworks rain down over the Pacific Ocean. 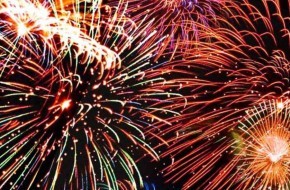 “It’s just not as exciting if you’re not running for your life.”

Breathtaking. Majestic. Actually, those words don’t come close to this beauty as lights and colors erupt into existence, then drift gracefully to kiss their reflections on the water. And there, in the midst of this stunning display, stands my oldest son (15 at the time) with a disinterested, bored-to-death expression.

“Dude!” I growl as I give him a hard elbow. “Really?” I gesture emphatically at the explosions as if to say “This! You melancholy punk! Do you not see THIS?!”

He shrugs. “It’s alright,” he mutters, “but, it’s just not as exciting if you’re not running for your life.”

There is something deep within us that craves adventure. Our souls long for it like our lungs burn for oxygen. Meanwhile, an opposite force pushes back, an accusing spirit that taunts us: “Gain control. Limit risk. Don’t be vulnerable.”

Consider how much effort goes into trying to control your world and make it safe. I’ll admit, I was once a control freak. But I now realize that my attempt to limit risk didn’t make my world any more predictable or pain free; it only left me on the sidelines of life, watching the adventure from afar, growing more bored (and anxious) by the minute as some spark within me fought for breath.

The heart is a wild, mysterious landscape that was never meant to be tamed. If you demand control and strive to avoid risk, all you really accomplish is a divorce from your own soul … and the life you’re meant to have.

Think back to the creation story in Genesis and the fall of mankind. Evil enters the story and makes a convincing sales pitch. But have you considered what the offer really was?

It wasn’t an apple. It wasn’t a strategic play on Adam and Eve’s glycemic-index craving for fruit and carbs. The offer was control.

“You can have all the answers. And with all the answers, you gain control. With control, you remove vulnerability and risk. Then you can make your world predictable and safe.”

In that context, we see that original sin came with a twisted desire to make our lives … well, boring.

However, boredom doesn’t mean that unpredictability, danger, and risk are banished from your world (life remains uncontrollable). Boredom only suggests that you’ve stepped out of the arena of life. You’ve unplugged. If you’re bored or detached (with yourself and your relationship)it’s likely that you’ve quit taking risks. I’m guessing that your date night consists of renting movies and not salsa lessons. Meanwhile, some deep anxiety smolders in your soul (your heart crying out for adventure … and life).

According to Terri Orbuch, PhD, “Few factors undermine a relationship more than boredom.”

Having been married for almost three decades, Laura and I have had our share of relational ups and downs. The other day I asked her about times she thought boredom infected our marriage. The question confused her.

“I’ve never been bored with us,” she said. “But there have been times I’ve felt we were completely detached.”

As we discussed it, I came to realize that we were wrestling with semantics. When it comes to our relationships, boredom and detachment are cellmates in a prison built by doubt and fear. Still haunted by original sin (the unholy desire to gain control and limit risk), we end up hiding, playing it safe … and eventually unplugging from our own hearts.

There’s a great scene in the movie Never Cry Wolf where this crazy pilot (Rosie) is flying a scientist (Tyler) into the arctic to study wolves.

Soaring over frozen mountaintops in a rickety prop-plane, Rosie shares his wisdom:

At that, the propeller sputters to a stop and the plane begins to fall toward the mountains.

Rosie takes a deep breath, then turns his gaze to his passenger. “Boredom, Tyler. Boredom. That’s what’s wrong. And how do you beat boredom, Tyler? Adventure. Adventure, Tyler.” 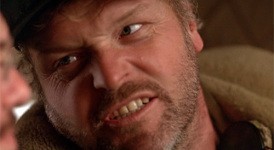 With that, Rosie climbs out of the plane with a wrench with the wildness of life burning in his eyes.

The human heart is THE treasure, and no matter how deeply it’s buried beneath the surface, it longs for adventure.

Though we’re probably too old for starting something so daring, Laura and I are planning some extended backpacking trips. We know nothing about backpacking into the wild for days. We have no clue how this will turn out. But we’re embracing the risk together. Whenever we start talking about it, we both feel an ember of excitement and anticipation.

Friends, if your relationship feels stale, inject some adventure into it. Drop your fig-leaves of control and risk stepping into some unknown places where you’re unsure. Find some things you know nothing about and go explore it together. It doesn’t have to be something so bold as mountain climbing or jumping out of a plane.

Laura and I are also taking up gardening. I’ll admit, I feel like an ignorant fool. I know two things about gardening: 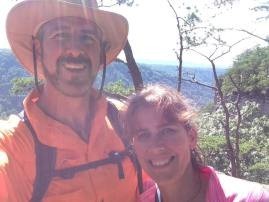 This is new, unexplored territory for both of us. Laura bought some seeds and we’re figuring out—together—how to grow seedlings and then plant a vegetable garden. We’re not risking life and limb, but it’s still an adventure, mostly because we’re both admitting that we don’t have this figured out, we don’t have the answers, and the potential for failure is real.

But we’re in it together, and these shared adventures make both of our hearts come alive.

As Howard Thurman says, find something that makes your heart come alive, and then go do it … “because what the world needs is people who have come alive.”

By design, our lives are meant to be an untamed adventure … and as a 15-year-old Ben Fulks once proclaimed, “It’s just not as exciting if you’re not running for your life.”

You want fireworks? Ignite your relationships, friends. Go live an adventure. Step into the unknown.

This piece originally appeared at www.BertFulks.com 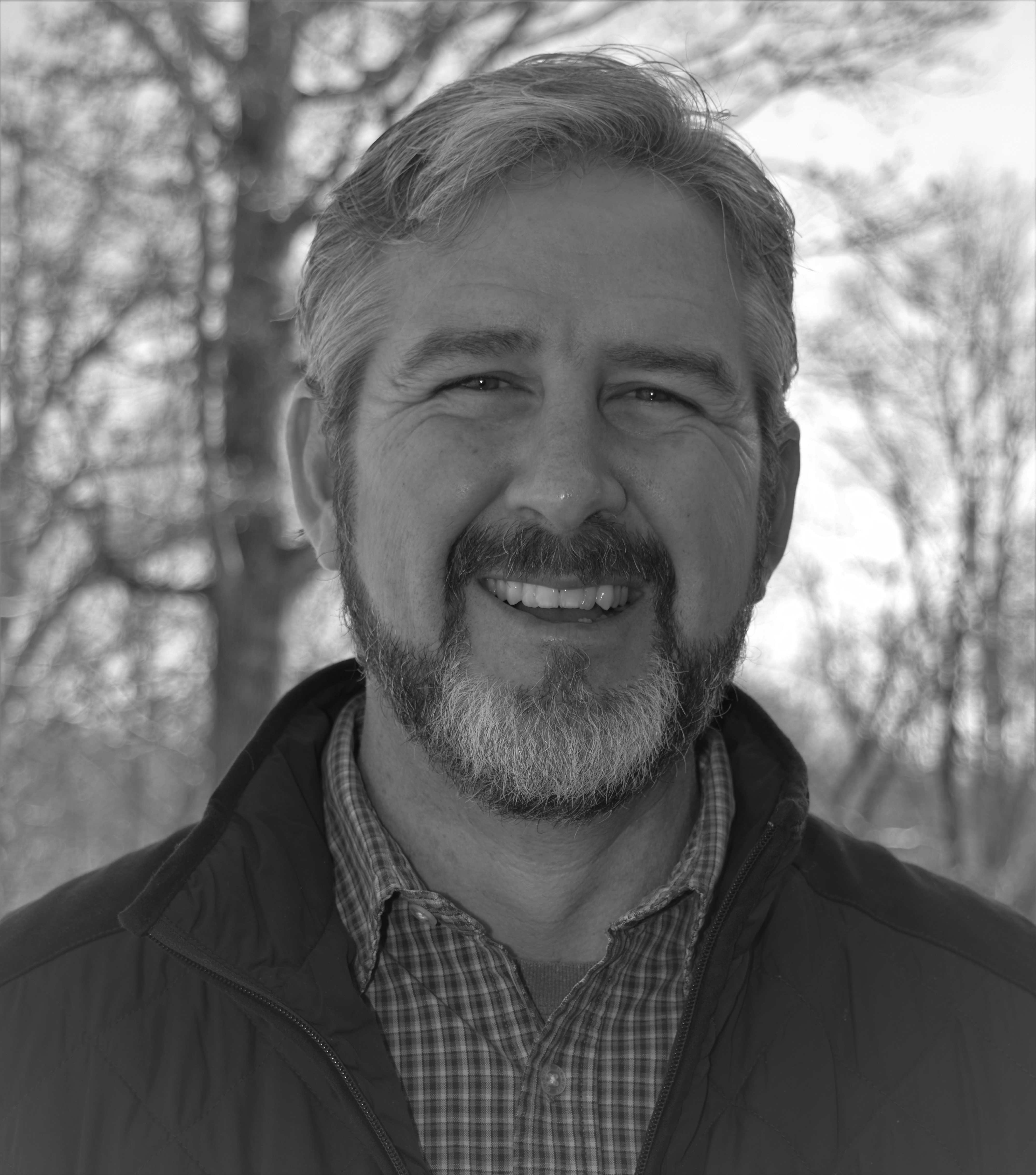 The 'I'm Bored' Generation: Here's Why Our Kids NEED To Be Unplugged AND Restarted
And Let Them Be Bored
3 Reasons Why It's a Good Thing Your Kids are Bored
advertisement

The 'I'm Bored' Generation: Here's Why Our Kids NEED To Be Unplugged AND Restarted
And Let Them Be Bored
3 Reasons Why It's a Good Thing Your Kids are Bored