All The Ways I Was Wrong About Mothers

Published by Danielle Campoamor on March 3, 2015

I can’t stand admitting I’m wrong. In fact, conceding a point or accepting defeat ranks right up there with merciless bikini waxes or extensive pap smears.

However, the fact remains: I was wrong. And in the spirit of complete transparency, I think admitting my misconception and whispering an apology is called for. A hushed atonement of sorts, hidden behind every sentence and syllable, whispering “I’m sorry” to every woman I’ve silently judged or quietly assessed.

You see, I had this perception of what a mother was before, of course, I became one.

I thought she was disgustingly selfless, abandoning her dreams for the betterment of her family.

I thought she was settling for a life of laundry, dishes, and after-school activities.

I thought she was pathetically kind, so much so that she never stood up for herself when she needed a moment or precious, precious space.

I thought she wasn’t motivated; handing in her work slacks for yoga pants and a 9-5 for a 24/7, thankless job.

I believed she was boring, completely incapable of speaking about any topic other than her child’s bowel movements or latest string of drool. Maybe a facial expression, if the day was particularly fascinating.

I thought she was a voluntary side-kick, playing second fiddle to her significant other and their aspirations.

I thought she didn’t care about her appearance, letting go of her figure and trading in a six pack for stretch marks. She’d forgo working out and, instead, sit on the couch eating a bag of Cheetos all in the name of parenthood.

I thought she never had sex. Like. Ever. Not even on her birthday.

I thought she was horribly condescending, forever insisting people who didn’t have children just couldn’t understand what she now perceived to be the basic concepts of the world. Like exhaustion. Or sickness. Or early mornings. She would insist her life now meant more than the single woman’s next to her, simply because she chose to, and successfully, reproduced.

Thankfully, I was wrong.


A mother’s dreams mean more now than ever before. They can provide for not only herself, but her family. She is motivated and determined and relentless.

A mother never settles. Mediocrity is no longer an option because mediocrity is not what she wants for her children. She sets a tone now. A precedent.

A mother is kind enough to stand up for herself. She will love you fiercely, so much so that, from time to time, you’ll hate her for it.

A mother is more inspired than she once believed possible. Now, and for the rest of her life, her accomplishments reflect on more people than just herself. She will work harder, sleep less, sacrifice more and reach higher not just for her sake, but for her family’s.

A mother isn’t boring, she’s enamored. She loves talking about her family because of an intense, overwhelming pride; indescribable at best. And honestly, there are times when she’d rather talk about anything other than her family.

A mother cares about her appearance because her children notice it. She tries, despite any added pounds or unwanted stretch marks, to love herself so that her children, especially her daughters, will love themselves too.

A mother has sex. It’s just silent and sporadic, but much more meaningful and appreciated.

A mother is understanding and generous. She can meet eyes with the exhausted stranger in the cereal aisle and painfully empathize. She can put herself in other peoples shoes because pieces of her heart are now walking in human form. She knows what it is like to hurt when others hurt, cry when others cry, bleed when others bleed.

But I was. I most certainly was. 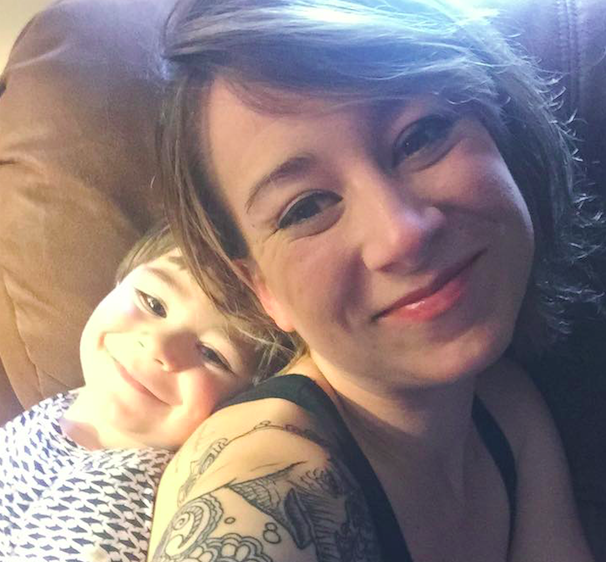 What has not changed: Things I will tell my daughter in the wake of the election
I Wish I Had Known: Postpartum Depression Is Real
The Masks Moms Wear-Journey to the Unmasked Mom
advertisement

What has not changed: Things I will tell my daughter in the wake of the election
I Wish I Had Known: Postpartum Depression Is Real
The Masks Moms Wear-Journey to the Unmasked Mom