What has not changed: Things I will tell my daughter in the wake of the election

I thought that the morning after the election my daughter would be waking up into a country that had elected its first female president, and that I’d be the one to get to tell her about that. I was so excited for that conversation. I was excited for my 5 year old to grow up believing that if a woman can hold the highest office in our country, there’s nothing she can’t do.

Please don’t get me wrong. There are far worse consequences to this election than the loss of what could have been our first female president. But now, as I mourn other losses, I am also mourning the loss of that conversation.

It is hard to realize that the world her father and I are raising her in is not the world we thought it was, at least not yet.

It feels like the ground has shifted beneath our feet but, as many have reminded us, our country did not change overnight. These sentiments, the xenophobia, racism, sexism, homophobia and general hatred that chose our new president-elect were always there. The massive numbers of people with beliefs so different than our own were always there. The voting system and the gerrymandering that disenfranchised so many were put in place long ago.

Here are some other things that have not changed this week, that I will work on telling my daughter in as many ways as I can, throughout her life:

She is capable of doing anything she wants to do, anything a man can do. That has not changed. There is nothing in her that makes her inherently less capable. She has had value since the day she was born and that intrinsic value has not diminished in the wake of the election.

My daughter has autonomy over her own body. It is hers and hers alone. That has not changed. There are people who will try to take that autonomy from her. They were given a stronger voice in our president-elect but they were there before him, in the shadows.

And I will tell her that if she encounters such people that she should fight like hell, because they are wrong, they do not deserve access to her body without her consent. I will continue to teach her what language to use to defend herself and how she can talk to safe grownups about any encroachments on her body. When she is older, I will help her learn how to physically defend herself as much as she can.

She has the right to choose whether and when she will have children of her own. That has not changed. The fight for strangers to control her reproductive rights has been long and vicious and it remains vicious. I will tell her that she always has the right to choose, even if the law ever says otherwise, and I will do everything in my power to get her access to safe, reliable choices.

She is lucky. That has not changed. She was born into a family that, by so many measures, has more than many others in our country. Some of the families who have less than we do voted the same way we did. Some did not. I can’t start to understand their motivations. But I can continue to teach my children that all people, no matter where they come from or what they have, possess basic human rights and we have to work to uphold those rights. That has not changed.

We had hope that the tide was turning on entrenched sexism in this country. I still have hope that we will get there, that has not changed.

I will tell her that a loss of something that never arrived is still a real loss, and that it’s OK to grieve what we wish we had. She is too young to know what it truly means that we have never had a female president in 240 years and only one president of color, but I will keep telling her and when she is older she will understand.

She has a good heart. That has not changed.

I will continue to kindle love and acceptance in her and to help her recognize fear and bias for what they are, even if they come from herself or people she loves. I will look for ways to help vulnerable members of our community so that I can set a good example for her, I will continue to work on recognizing and combatting my own biases, and I will share those examples with her.

I will tell her that even though right now it feels like love and tolerance will never triumph, that doesn’t mean that love is wrong. That has not changed. 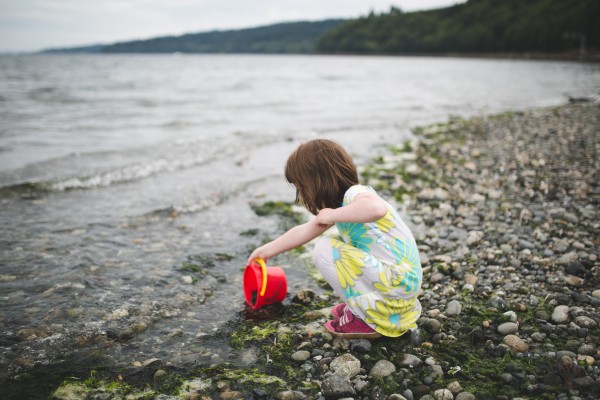 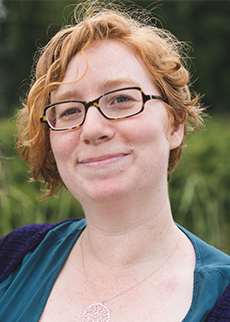 Rachel Tompa is a science writer living in Seattle with her husband and two children.

Here's Why A Lot Of Parents Are Having A Hard Time With This Election
What's next? Be the GOOD...
"Mommy, should I be scared that Trump won?"
advertisement

Here's Why A Lot Of Parents Are Having A Hard Time With This Election
What's next? Be the GOOD...
"Mommy, should I be scared that Trump won?"