I'm a tomboy, here's how I learned to accept my princess-obsessed daughter

Published by Danielle Sherman-Lazar on July 19, 2018

"My little girl is not going to be a princess, ever."

That’s what I thought the moment I found out I was having a girl. I grew up a tomboy – a girl who was obsessed with Dopey the dwarf instead of Snow White the princess. A girl who wore sweatpants and never cared about fashion or makeup. Hell, I still don’t. 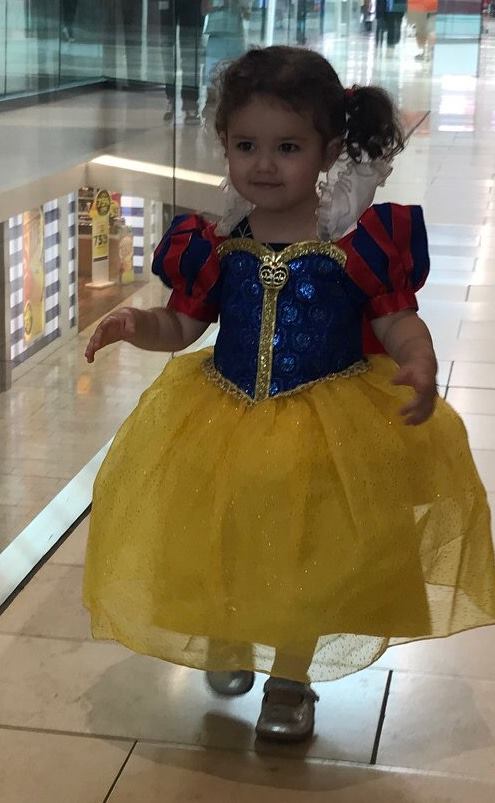 I got a congratulatory text when I found out the sex saying, “now your life will be filled with bows, sparkles and princess dresses.”

"Ew" was my gut reaction. No way, not my girl. That’s only if you push that on them.

My little girl is in a different princess costume EVERY SINGLE DAY. And if we are home we can be Snow White, Cinderella, Elsa and Belle – all in a two-hour span. Also, I have to wear a tutu and so does the baby. Then we have a tea party with our monkeys who are dressed as princesses as well.

She is so girly, sometimes I think I need to check her DNA. There is no way I could have birthed THAT little girl with the crown on her head who wants her nails done! She even picks her own clothes out in the morning – her preference being dresses.

She is tough. We call her our little linebacker because she can take you out – like to the ground, down. Trust me. I have many bruises from my girly-girl. She is also strong and fearless. She has a big personality and a fire that is not a prissy, girly trait at all.

This made me realize, she can be into princesses and dressing up but she can also be:

She is not a princess. She just likes to dress up as one.

Plus, a girly girl is just who she is – and that is beautiful. I will always encourage my girls to be themselves and do what makes them feel happy – even if I have to wear a tutu to support it.

My daughter can be a princess as long as she never needs a prince to save her.
And she definitely won’t.

I'm not a bad mom because I let my son wear princess dresses: Here's why
Enroll Your Child Today For The Princess Charm School Class Of 2018
Planning a memorable birthday party for a girl
advertisement

I'm not a bad mom because I let my son wear princess dresses: Here's why
Enroll Your Child Today For The Princess Charm School Class Of 2018
Planning a memorable birthday party for a girl