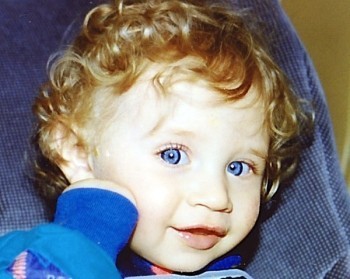 When he went to sleep that night nine years ago, our first night in this house, boxes were piled high around him. Before he fell asleep, I read to him from his favorite book, The Stinky Cheese Man and Other Fairly Stupid Tales—I’d packed it along with his teddy bear and his new blue-and-green comforter and marked the box “open first.”

After the story, I lay next to him for a while, the lights still on. He wasn’t ready, he said, to turn them off or for me to go. So I pushed the hidden button on the teddy bear’s heart, the one that triggered the thirty-second recording of me singing a few lines from the Beatles song “Help!” It had become his lullaby when he was an infant, when I was so sleep-deprived that I couldn’t remember the words to any other song. God help me, I thought at the time, I’ve lost my memory, but then the lyrics came pouring out.

I watched him as he grew sleepy. His skin was flawless, his curls soft and long. I knew he was halfway between the years of wide-eyed wonder and those of surly rebellion—the time of bliss—and I wanted to savor every moment. What a boy, I thought. What a magical nine-year-old boy. When he laughed, it made me laugh. When he cried, it made my heart ache. If he were selling dirt door-to-door and I’d never met him and didn’t need any dirt, just one look at that face and I’d have bought a truckload.

We sang along, and he pushed the button over and over until he drifted off. And when he was really asleep (not just opening one eye to see if I was still there), I got to work.

I had made up my mind that I was going to unpack all the boxes in his room, so that when he opened his eyes the next morning, he’d find it entirely different from when he closed them.

The six months leading up to the thirteen-hundred-mile move from Maryland had been hard: his father had gone ahead of us for his job, while we stayed behind to finish the school year. That winter was brutal, one of the worst in memory—one ice storm after another, followed by difficult good-byes to friends, to teachers, to the home and the places he loved. Now, here we were in an unfamiliar place, and I wanted to make him happy, wanted to give back some of the bliss he’d given me, just by being him. So I set to work on creating a space that he would enjoy the way he had his old room, where he acted out characters from books, making tinfoil swords to save creatures large and small and marching toy soldiers across the floor.

Fortunately, he slept like a log. I hung clothes in his closet and capes and hats on wooden pegs, put books on shelves, pictures on the walls, toys in drawers and buckets. I displayed the LEGOs he’d built, filled a basket with his toy swords, put trading cards on his desk, and lay his moon-and-stars rug on the floor. Over his bed, I hung the yellow Styrofoam sun with a smiling face.

At 4:00 a.m., I was done. I’d even flattened the boxes and carried them to our box-filled garage. Before I went to sleep, I set my alarm for 8:00 a.m.—I wanted to see the expression on his face when he woke up.

“Why are you awake so early?” I asked, sitting up.

“Cause something happened when I was sleeping,” he said.

“My room got nice. The boxes are gone,” he said. “You gotta come see my room.”

Last week, after taking him to college, I packed up that same room. Some of his things will be given away, some thrown away, some kept for memory’s sake. He still had the swords and the trading cards, but most of the other things had been replaced over the years. I found a Target gift card with $7.42 left on it and used it to buy him something he’d forgotten to take to school. There were a few drawings and pictures left on the wall—he’d mailed his favorite posters to his dorm, including one of the Beatles. His closet was mostly empty, save for a few hanging items wrapped in plastic: the wool blazer my mother gave him when he was a toddler, the band shirts, the honor society tees, the tiny fake leather jacket he wore when he pretended to be Elvis.

I vacuumed curtains, walls, and dried-up toothpaste on the carpet.

I dusted the sun with the smiling face.

The button on the bear had long ago lost its juice, but I sat down on his bed and sang the lullaby one last time.

Excerpt adapted from: From Mom to Me Again: How I Survived My First Empty-Nest Year and Reinvented the Rest of My Life by Melissa T. Shultz. 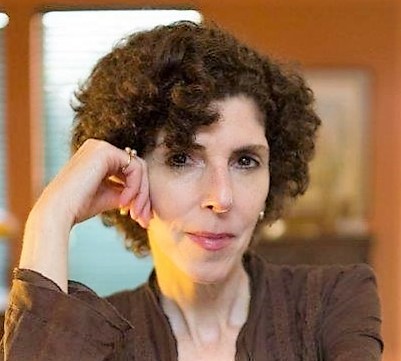 I'm a mom, a writer, and an acquisitions editor. Pumpkin bread makes me very happy.

"Mama, can you play with me?"
This Summer Especially, Find a Way to Get Real Gone
8 simple rules my dad taught me about life before he died
advertisement

"Mama, can you play with me?"
This Summer Especially, Find a Way to Get Real Gone
8 simple rules my dad taught me about life before he died