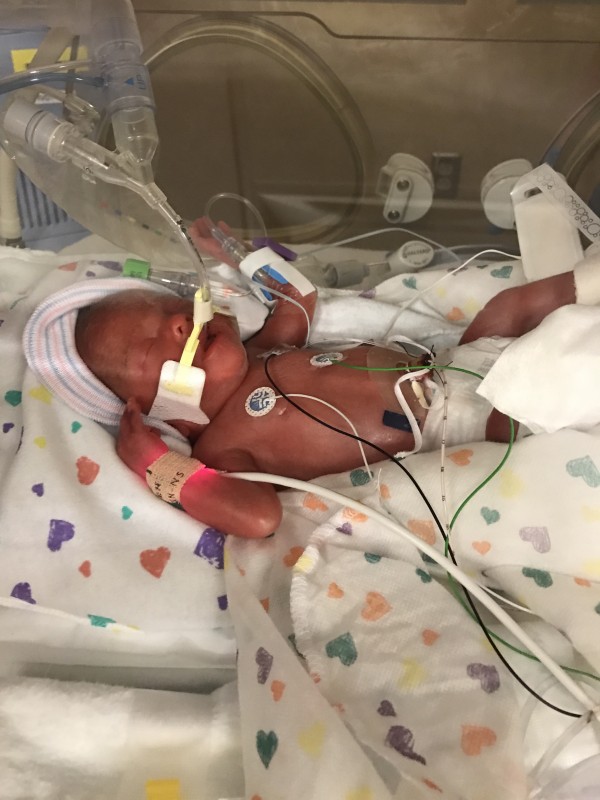 Last year, my husband and I were thrilled to find out that we were expecting our first child.

Throughout my pregnancy I had no complications, ate healthy and exercised regularly - determined to do everything right.

One night, I told my husband that I had a feeling that something something wasn’t right. The next morning, I woke up to severe bleeding. We rushed to the doctor where we were told that I was suffering from PPROM (preterm premature rupture of the membranes) and was 5 centimeters dilated. We were told to immediately go across the street to the hospital, where I would stay until the baby comes. I was only 22 weeks pregnant. Tears poured down my face and I couldn’t help but ask “what did I do wrong?” This couldn’t be happening.

Our baby’s chance of survival was only 10%. We were told that if I could make it to 24 weeks, his chance of survival would jump to 40%. That sounded MUCH better! Although, with survival also came a (seemingly) endless list of disabilities. My husband and I had to make the decision that no parent should ever have to make - do we want our baby resuscitated? If his kicks during pregnancy were any indication of his strength - I knew our baby would be a fighter. We were going to do everything that we could for our son.

I laid inverted on complete bed rest for two weeks, while my husband slept on the couch next to me. I received magnesium, steroids and lots of close monitoring. It was not how I imagined spending my second trimester of pregnancy, but I had to do it for our son. Every day I worried about our baby. Every minute felt like an hour. 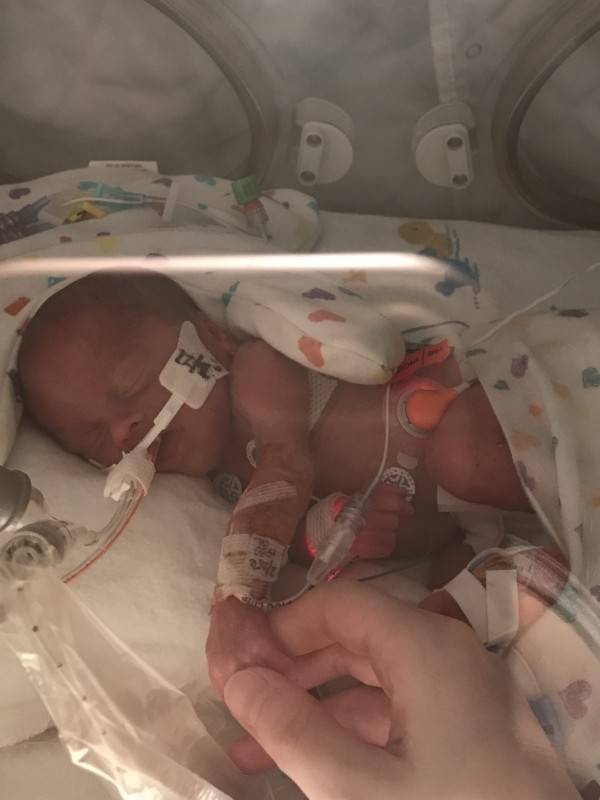 On February 14th (our valentines baby), Connor was born. We were expecting him to be small, but WOW…he was TINY! Just 1lb 12 oz. 12 inches long. He looked like a tiny, fragile human. We were only able to see him for a few seconds before he was whisked away to the NICU. 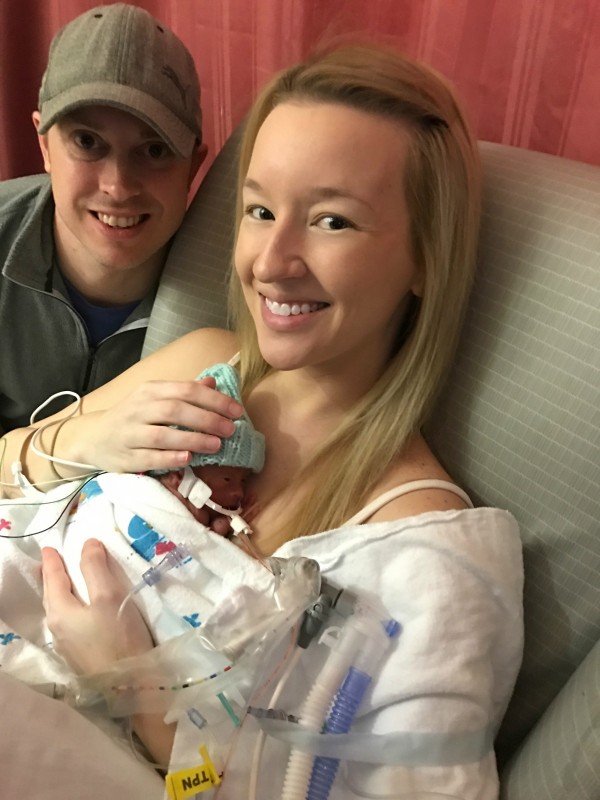 A few hours later, we finally got to be with Connor. There was our baby - laying in a plastic box - with tubes and wires, hooked up to machines. It didn’t seem real. Instead of bonding with our baby and taking family pictures - we could only lay a finger on him and take pictures with our phones in a plastic bag. It took a week before we could hold him. 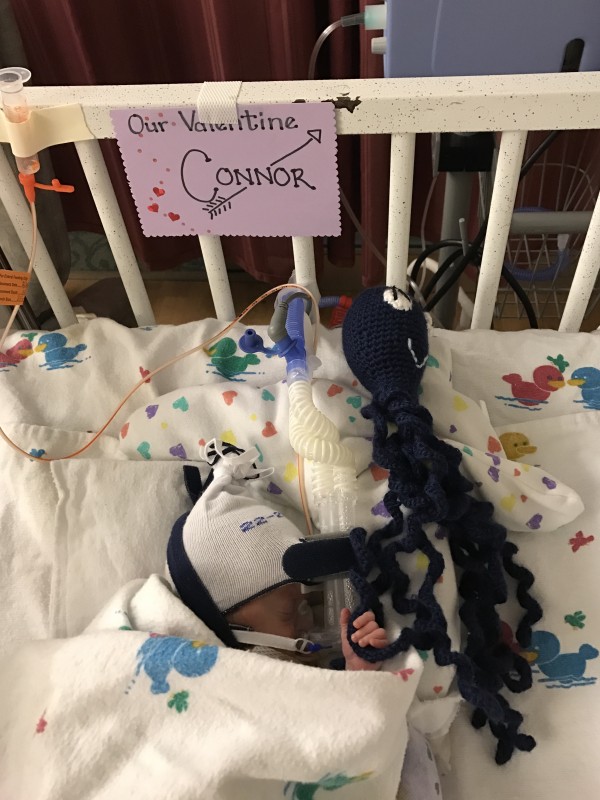 Connor spent 127 days in the NICU - overcoming many complications and enduring countless tests and procedures. We spent all of those 127 days fearing for his life, not knowing what would come next. There were really high highs, but even lower lows. However, the bad helped us appreciate the good. Like watching him open his eyes for the first time, holding him, his first outfit, changing his diaper or feeding him his first bottle. 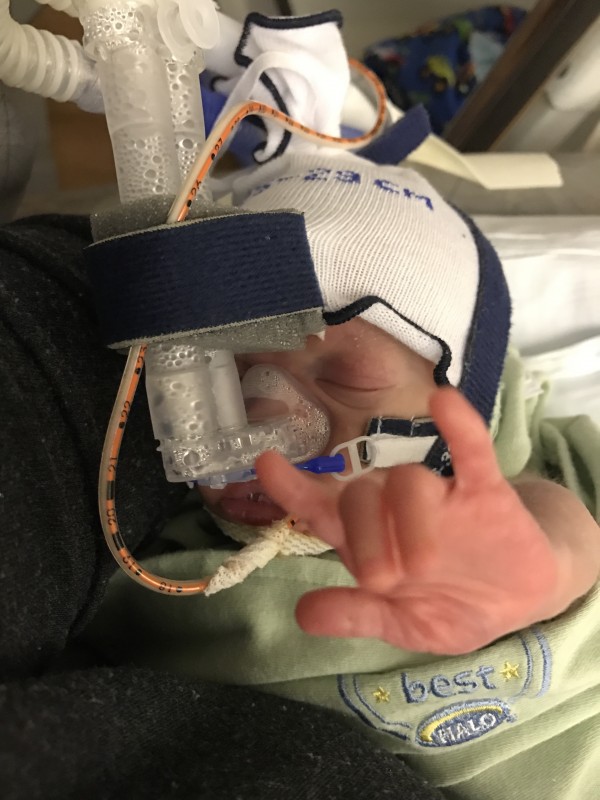 Connor quickly got the reputation for being “the loud, feisty one”. I never knew that such a little person could have such a BIG personality, but he does! It was his feisty attitude that helped him fight through those 127 days. 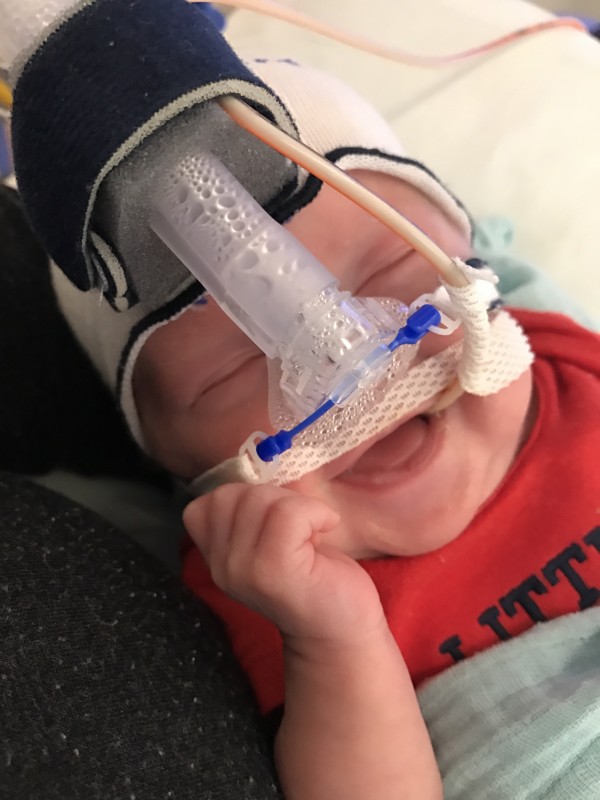 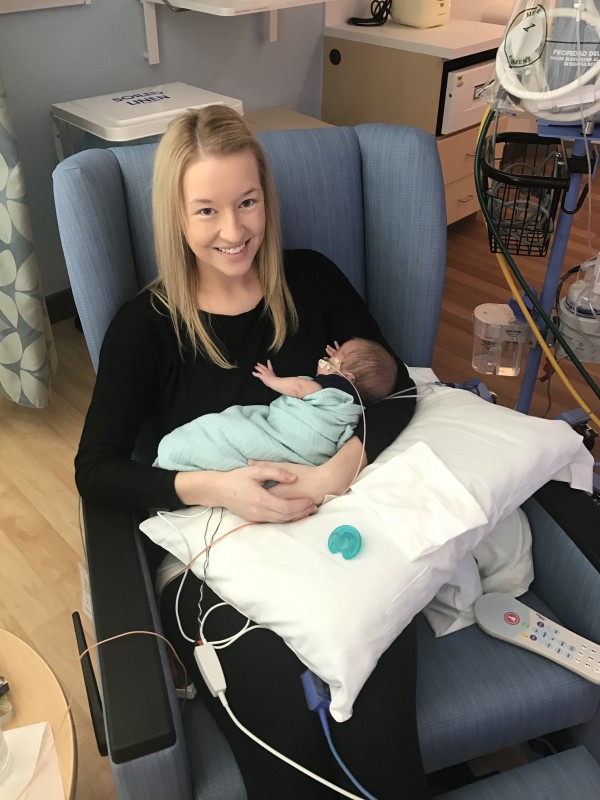 A few weeks after his due date, we got to bring Connor home. I don’t think that I have ever walked faster than I did when we walked out of the NICU. It seemed so surreal. Our family was finally at home, together.

I have spent every day in awe of him. He has been through more than most people do in a lifetime. Every night, I tell him “thank you” for being so tough and for being such a fighter. 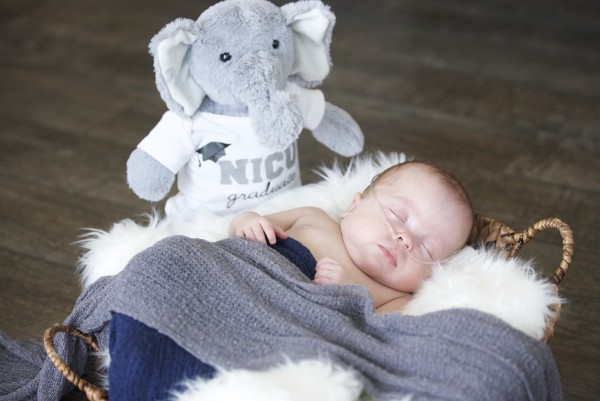 The NICU was the last place we wanted to be as first time parents, but we are SO thankful for it. Leaving your baby everyday in someone else’s hands is impossible to explain, but he couldn’t have been in better care. Without the NICU, advances in neonatology, the mothers who donated breastmilk and God - Connor would not be where he is today. He still has a few hurdles to overcome, but he is doing better than we EVER expected. We are forever grateful. 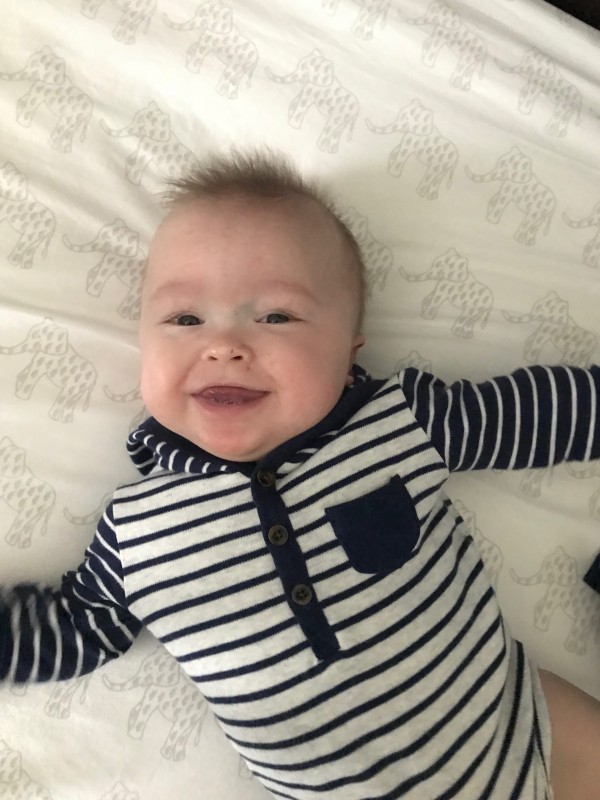 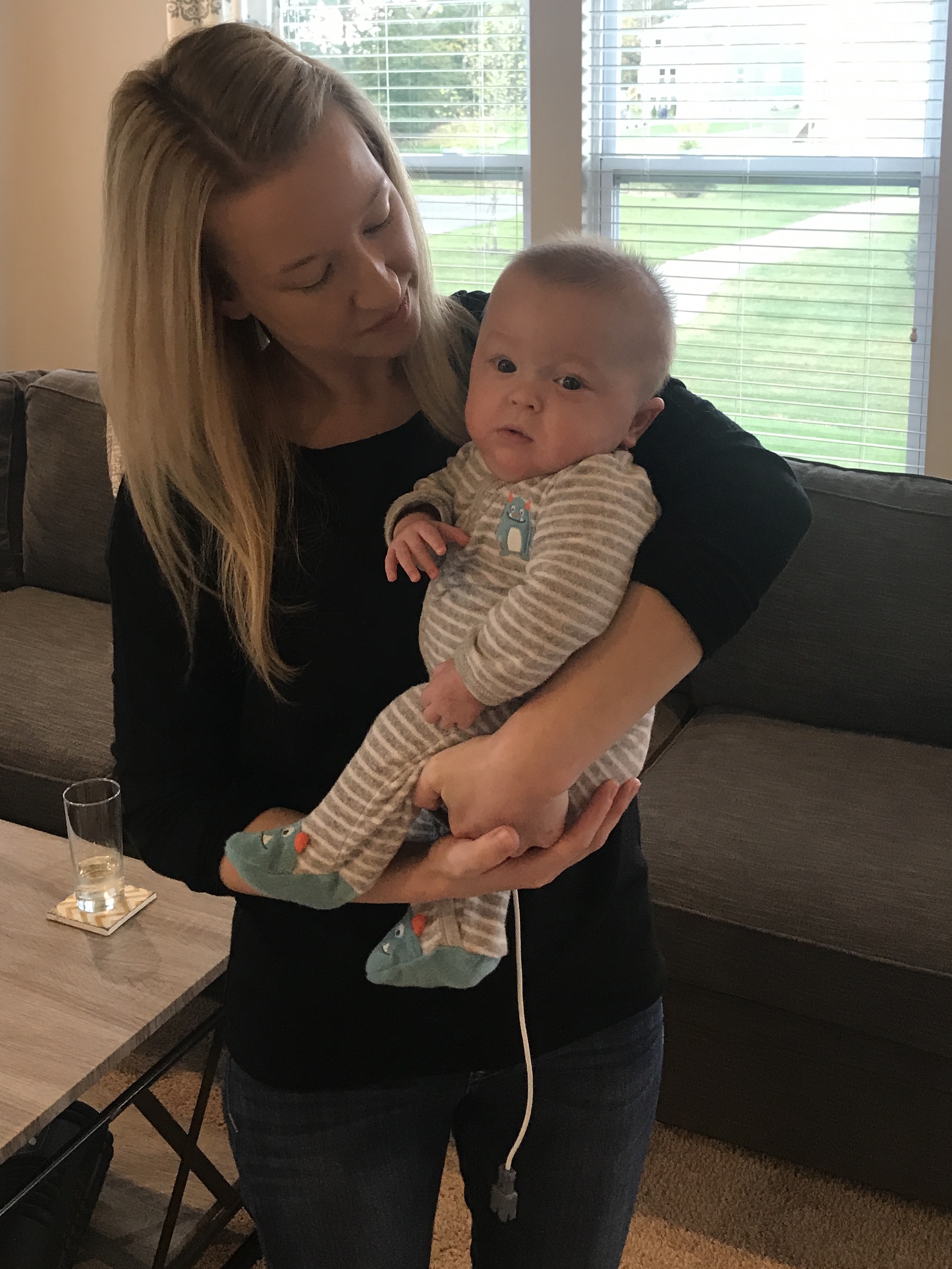