A New Year and an Invitation to Believe 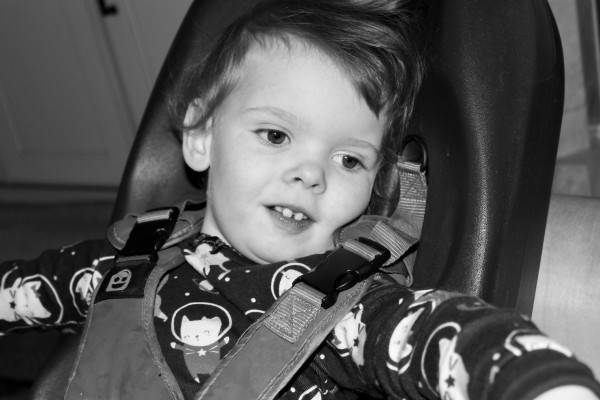 The last time my daughter June was in the hospital was early November 2015. We had just spent a month inpatient and were home for about a week or so before returning for the same problem - June’s stomach could not handle food. Matt and I were coming to terms with the fact that food hurt her, and you can’t survive without food.

One day, I decided to take a break from June’s bedside to walk around the hospital. I looked and felt terrible. My hair was lazily tied together in a messy bun off-centered on the top of my head. My eyes were puffy. I felt wired from lack of sleep coupled with too much caffeine to keep me going and dehydrated from probably too much coffee, too much crying, and not enough water.

As I waited in line for another coffee from the hospital café, I watched as the hospital staff meticulously hung garland and other Christmas decorations throughout the lobby. Another group of employees assembled a big tree several feet away from me. I stared at them blankly, almost like I wasn’t even inside my body but watching everything from up above. What does it all even matter? I thought to myself. We are all going to die…my daughter is going to die. Who cares about Christmas decorations?

When my coffee was ready, I walked across the lobby to the gift shop, still not taking my eyes off the workers until I entered the store. It had items from home decor and holiday decorations to jewelry, purses, beverages, and snacks. Of course, there were baby clothes and some kids' clothing too. It wasn’t that long ago that I was delivering my son George at this hospital. We had finally been at the hospital for a happy reason, but now we were back for an issue with June's health, which was all too familiar for our family.

I noticed a Thanksgiving outfit that came in June’s size. It had a turkey with the word “Gobble." Along the hem was ruffled orange fabric with white polka dots. The leggings that went with the top matched it. As I looked at it, I remember thinking, could this be June’s last Thanksgiving? Then I turned around, and I came to the religious section. There were angels, prayer cards, and inspiring messages about hope and faith.

I used to think that people who wholeheartedly believed in heaven or an afterlife had some type of superpower that I didn’t possess. I knew that I wanted to believe and what did I have to lose by believing. But how did these people know something I couldn’t prove? When I was 12 years old, I asked my grandmother how she knew there was a God when so many terrible things happened in the world. My parents had just divorced, and I couldn't make sense of the pain I felt. She told me that she knew by looking at the sunset each evening and its beauty and magnificence. It was a nice thought, I remember thinking, but I was still highly skeptical.

I envied the people like my grandmother that knew with 100 percent certainty that there was a God, heaven, or an afterlife. And this "what do I have to lose attitude” wasn’t working for me anymore. I knew June was dying. I didn’t want her to suffer, but I was afraid. Over the past few years, since June came into my life, I wondered even more how my grandmother knew. What evidence did she have besides a sunset, and how could I see proof in the evening sky? I didn’t want to let June go and say goodbye until I had that certainty that she would be with me and we would meet again.

While browsing through the spiritual section of the gift shop, I paused, took a sip of my coffee, and began picking up items, looking at them, and placing them back down. Then, my fingers touched on a bright green ornament that said in big red letters, “Believe.” I looked at it for a very long time, almost dissecting it. You know that feeling when you see a word you use all the time, but it looks like it’s spelled funny even though it’s not? That’s how I felt about this. But, for the first time, I saw this word as an invitation and not as a command that I was supposed to blindly accept, and that slight shift gave the word a whole new sentiment to me.

Maybe I am making this too hard, I thought. My daughter was dying, and I wanted proof that I would see her again before letting her go, but I had never considered that I could just decide to believe it would be true... to believe in something more. Not because of proof or because I had nothing to lose by believing but because it felt like the only way through this hell I was in. Hmm… I thought to myself as I picked up the ornament and the Thanksgiving outfit and headed towards the cashier; maybe it’s that simple.

As December approached this year, I found myself thinking about the time in the hospital gift shop where I just decided to believe that June would be with me always and that we would meet one day in heaven again. It’s a choice I made that dazed morning, and I make it every day when I wake up. I was thinking about it in relation to my writing this year and the commitment I made to myself in December of 2020. I am not a fan of New Year's resolutions, but I love having goals to strive for.

It’s been my dream to write a memoir about my time with June. A book about what she taught me about myself and the gifts she continues to give me through my work with the June Jessee Memorial Foundation. It’s been something I’ve been thinking about since June was about a year old, but I tossed it aside. It felt like too much work, and I didn’t have assurance anyone would be interested in reading our story.

About three years ago, I thought I would finally do it. I was going to write a book. I met with authors and talked to literary agents, but their feedback was not reassuring. I wasn’t a celebrity, and I didn’t have a following on social media. I didn’t even have any background in creative writing, so - no offense - no one would care about our story. I needed to do something to boost my “platform” to get a book published or spend tens of thousands of dollars on a ghostwriter to write it for me. Writing a book was a lot of work, and why put in all that time if I didn’t know it would be worth it? So, I gave up. I tossed the dream aside and moved on. But the inkling was always there.

Last year in mid-December, I decided to make my goal a little smaller. Instead of a book, why not commit to writing on the June Jessee Memorial Foundation blog and see what happens? Once a week felt too overwhelming for me, but I could aim for once a month. That felt doable.

I published my first consistent blog, My Bravest Time: Letting June Die, on February 4, 2021, the fifth anniversary of June’s Death. I remember feeling so incredibly nervous before I hit publish. What would people think when they read it? Would they judge me? Could I handle that? Then, right before I clicked on the button, I thought of all the industry people I spoke with years before and said to myself. Genny, just do it. Take a chance. No one will likely read it now anyway, so what do you have to lose? Well, let me tell you, the reaction was anything beyond what I could have imagined. That piece was picked up on internet sites worldwide: Today Show, Scary Mommy, The Mighty, Echte Mamas in Germany, and Kid Spot AU in Australia, to name a few. I was blown away. Maybe people want to read about our story, I began to think.

This fueled my commitment to write once a month for all of 2021, and it’s one of the first New Year’s goals I have wanted to stick with and fulfill. I began sharing all of my blog posts with Today Parents, and on that site alone, I have had nearly 70,000 readers. It is beyond anything I ever could have imagined one year ago. With anything unknown in our lives - death, illness, moving, goals, and aspirations we have an invitation to believe. Believe in something more, believe in hard work, believe in ourselves and our loved ones, just believe. Not because of wishful thinking and a Pollyanna perspective on life but because it’s the only way through and it’s the only way we can reach our destination. There will be doubt, critics, and skeptics along the way, but by focusing on the small goals in front of you, you will make it through. That’s what June taught me anyway, and that’s what I am choosing to do.

In 2022, I am going to finish my book. I’m putting it out here because I want to hold myself accountable just as my commitment to writing my blog once a month did for me last year. So I may have less frequent blog posts here as I work towards finishing this book. Still, I promise to pop in with some thoughts on life and how June and the JJMF families continue to offer me perspectives on how to move through this crazy world.

Shattered dreams: Life without June on her 9th birthday
Celebrating the Month of June: Staying Connected with My Daughter by Helping Other Families
My bravest time: Letting June die
advertisement

Shattered dreams: Life without June on her 9th birthday
Celebrating the Month of June: Staying Connected with My Daughter by Helping Other Families
My bravest time: Letting June die