A Lesson in Resilience 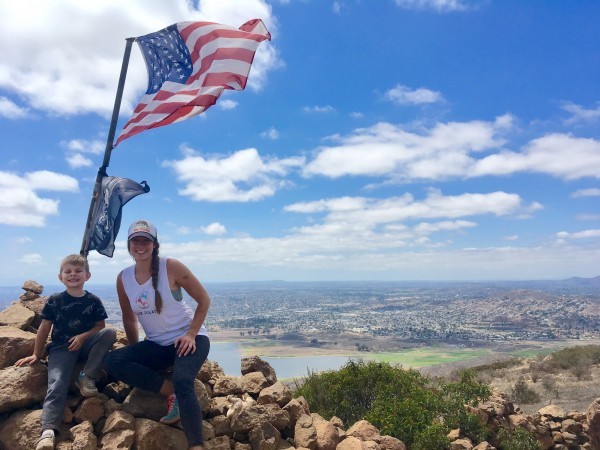 I recently shared a very personal story about the experience my son had in kindergarten this year. I couldn’t believe the amount of genuine love I received after opening up about this. I was flooded with comments and messages of support. I was offered suggestions and guidance. I was welcomed into a sisterhood of moms who’ve struggled with kids in the classroom. However, I was also subjected to plenty of negative comments and criticism by folks that seemed to forget they don’t know me on a personal level, or the struggle my son and I have experienced firsthand.

I won’t go on to call these people bullies because ultimately, it didn’t hurt me. I'm a writer so I know that part of sharing my stories is putting all my stuff out there on display for the public to see and judge as their worldview suits them. I didn't always have this thick skin though, and I'm not going to lie and say that the first volatile comment I read didn't drive me into a fit of rage that I kept quietly hidden inside the confines of my workplace office. I wanted to lash out in anger and really give him a piece of my mind. I wanted to cry. I wanted to delete my article, erase my work and my story. Instead, I took some deep breaths and vented to some friends and just sat back and watched as the positive feedback flowed in at an overwhelming and unexpected rate.

No, I won't call these people bullies because I really don't know them on a personal level and I like to give people the benefit of the doubt before I decide to write them off. I'm much too empathetic and I have a very high tolerance for BS. However, it could have seriously damaged the heart and soul of others who aren’t as strong in their sense of self, already struggling with a child with behavior issues in the classroom. That alone has done a job on my psyche and every time I walk into my son's school to meet with the adults who can't seem to help him, I feel like I'm preparing for battle.

I'm an open book. I pride myself on that because it's simply the easiest way to live life. I don't like keeping things from people and I also don't like oversharing, however, I'm one of those people who is willing to share her hard truths. This was one of those hard truths. I never thought that sharing my experience would bring about so many others who were compelled to reach out and say, "I'm going through the same thing." Never! I wrote this because I needed to vent and I wanted to get it off my chest while it was still so fresh in my mind.

What some readers don't understand is that there is only so much information that you can share within the limited space of an article. I couldn't possibly go into the entire history of our family dynamic or every instance of Joseph's disruption of the classroom and the steps we went through in order to seek assistance. It didn't dawn on me that I should touch on the number of hours I'd spent filling out paperwork or days I'd spent in meetings or time I'd taken off of work to take my son to assessments and evaluations with an educational specialist or psychologist outside of his school. I didn't find it necessary to include all of the different rewards and disciplines that I had tried, which is why I was so surprised that anyone could possibly ask me if there were consequences for his actions. Of course there were. Why wouldn't there be?

I didn't ask for a difficult child, but I didn't ask for an easy child either. I simply wished for a healthy child. I never expected to have a son that was so unlike me in terms of intelligence and behavior - me, the quiet girl who never excelled in anything other than writing stories. I thought that Joseph would exhibit the traits of myself and his father, but I also took parenting very seriously and knew all along that it was my responsibility to raise a baby into a fully functioning member of society.

As a result of intentionally raising my son to one day become an adult, I was dragged into these classroom behavior issues from the very first day of Transitional Kindergarten. His tiny little sprite of a teacher looked at me quizzically and asked if there was anything wrong with my son, if he'd seen a doctor, or if I ever read books to him. I explained to her that I gave up my job when he was born and I stayed home with him and therefor, he hadn't gone to preschool but I was never concerned that he wasn't a quick learner or good friend to other children because we read books and hung out with friends outside daily. I let her know that he was an only child and that his father and I were divorcing, that he was often deployed with his job. Everyone seems to be searching for a reason for why he is the way he is, like there's a specific diagnosis within him or a concrete reason in his life outside of his body. I never labeled him as possibly on the spectrum or gifted or exceptional. I don't call him that. I call him Joseph.