Today is my son's last day of Kindergarten. He is in the dual immersion program where he is a native English speaker, in a home that only speaks English, learning how to speak Spanish fluently by fourth grade. We live in Southern California so it's a no-brainer. However it's not the Spanish that's been tough this year.

I put Joseph into the DI program because it was obvious he was quite advanced and I wanted him to experience a classroom in which he might have to try a little harder and (gasp!) possibly struggle. I thought it might be possible that he would be bored in the regular kindergarten classroom. I made this decision from a place of love and from a place of wishing I had been given the same opportunity as a child raised in the Midwest. 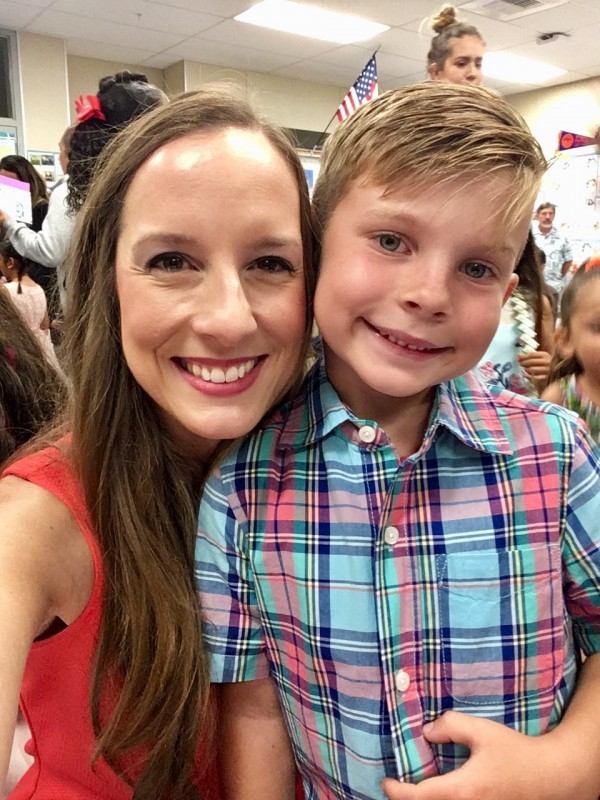 Behavior problems in the classroom began very early on. His school experienced a child I was not familiar with at home. He was angry and out of control. He would lash out in a fit of rage over something seemingly so trivial as cutting the corner off his star or not getting picked to lead the class. The thought of his young mind getting into the red zone and trashing his classroom for close to two hours was something that brought tears to my eyes and I couldn't understand how he'd gotten to that point.

He has been denied an IEP twice this year. I have been called at work on numerous occasions to come pick him up and remove him from school. He served an in-school suspension and an out of school suspension for his classroom behavior. He's been to his doctor and to a counselor and to an educational specialist. It has been determined that he does not have autism or ADHD. What he has is a gifted brain and it operates differently. His brain is not as advanced when it comes to the social-emotional side, though he exceeds on the intellectual side. However, gifted is not a medical diagnosis and it does not qualify for special education, regardless of the internal struggle he is so obviously feeling.

I have advocated on the behalf of my young son over the course of this year and I have spoken up and asked for assistance to make the classroom experience more positive for all. I am not a mother who is stubbornly pushing her child to be perfect or get good grades - I am the mother of a child whose brain operates differently and I'm failing to be heard. There is nothing to label and there is no diagnosis for my child and I find myself in this strange position of wishing there were so that he could receive the assistance that would help him thrive without struggling so much in the classroom. His brilliant mind is not the easy road to excellence that one might assume. No, it's quite the opposite.

I've spent the last year at battle and I have plenty of invisible wounds as a result. I don't expect that my son knows how much this past year has broken me down, but his growth has also made me smile. Joseph is resilient, even more than myself, and I find that remarkable as I look back on the past school year with a new perspective. If this school year taught me nothing else, it reinforced my belief that I've always had to take care of myself on my own because no one is there to assist, even when I'm screaming at the top of my lungs that I need help.

So now, having finally accepted that myself, I have begun to make small changes at home that I hope will carry through into the school day and summer camp, into his social interactions, and into his growth as a brilliant and kind person who will become an amazing man and human being. I look forward to the day when I can look back on all of this and laugh.