7 Tips for a Meltdown-Free Family Vacation 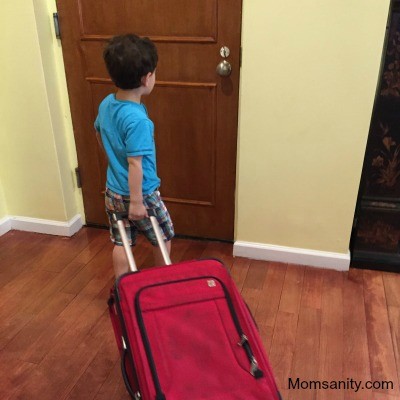 Reality bites, as the saying goes. And for oh-so-much of adulthood, that’s true. But when it comes to parenting? Reality rocks.

No, not the endless, sleepless nights. Or the teething. Or the projectile vomit at the most inopportune moments. Or—well, I could go on, but every parent on the planet knows the rest of that list all too well.

No, reality rocks when you’re trying to pull off a successful family vacation with the kids. It was definitely the key to enjoying Disney World with my 3-year-old last week, I’ll tell you that. By being realistic about his limits and tempering my expectations, I avoided a lot of heartache, tears and tantrums—for him and for me.

So here are my 7 golden rules for navigating your way through a day at the happiest place on Earth—and any other big family vacation—without losing your mind.

Get an early start. Even if you’re not a morning person, when planning a big day out, it’s wise to wake up bright and early, suck it up and suck down 10 gallons of caffeine. (Conservative estimate.) At Disney, the lines are shorter in the morning and it’s not as oppressively hot. But more important and no matter where you are, kids tend to be much more alert, interested and happy in the morning and when they’re not pushed past the point of exhaustion. Once nap time—or former nap time, as the case may be—hits, things can go downhill quickly.

Always keep your bag stocked with two snacks and one drink. I am totally jealous of those moms whose bags are prepared for War Games–style thermonuclear toddler war. Sadly, that is just not me. But even I can swing packing two snacks (say, a granola bar and raisins) and some water. Even the most minimal snack preparation can ward off potentially disastrous moments until lunchtime. And if your kid isn’t starving, there’s less of a chance that he’ll scream for ice cream and other sugary treats that you don’t want him to have.

Listen to your kid. I won’t lie: I like to plan, and I like my lists. So sometimes I have to remind myself that even if I’ve planned the perfect day for us, it might not be the perfect day for him. Going with the flow will make for a much happier, more enthusiastic little traveler—even if we have go on the Dumbo ride three times in a row.

Turn transitions into games. Don’t get me wrong: I’m way too Type-A to throw my list completely out the window. But if you can motivate your kid to move on to the next thing in a fun way instead of an authoritarian one—i.e., suggesting an impromptu scavenger hunt to find different-sized rocks or asking him to help you "read" a map instead of saying, “We’re going there now because I said so”—you’ll still get your way in the end.

Know when it’s quitting time. Since we were arriving at the Disney parks just before they opened at 9 each day, I suspected that 2-ish would be our limit for fun. That gave us 5 hours of lines and rides…in the heat…with the overexcitement that comes with a major amusement park…after being out late the night before…and not getting anywhere near enough sleep. Sure, I pushed it a little on some days, but I kept my eyes peeled for the signs of potential disaster. See below.

Pay attention to pre-meltdown clues. For my son, it’s usually a sudden bout of klutziness. His feet become his enemies, and due to sheer exhaustion, he’s in danger of falling down and not getting up again. Other signs: a touch of whininess, eye-rubbing or a far-away, glazed-over look. Whatever it is, it’s different than what preceded it, and it’s time to shut down the fun—and fast.

When all else fails, make a break for it. Sometimes you’ve ignored the signs, you were having too much fun and stayed out for too long, or the universe just wanted to laugh at you. And all of the sudden, your kid is screaming and making a scene worthy of the Tower of Terror. When reason doesn’t work and when bribes don’t work, pick up your kid, strap him in (if you’re lucky enough to have a stroller with you) and get the hell out of there. There’s no shame in that. Well, there might be a little shame, but keep your head down and remember this: No one knows you there, so who cares. 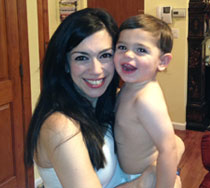 Autism, how to navigate emotions
The secret to surviving Disney World
'Big Family' Lessons For Any Size Family
advertisement

Autism, how to navigate emotions
The secret to surviving Disney World
'Big Family' Lessons For Any Size Family