5 Tips for Vacationing with Teenagers 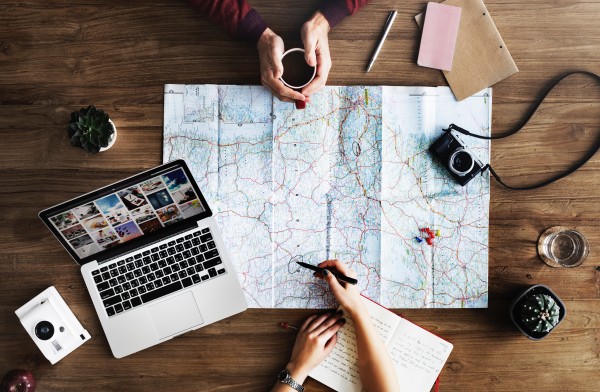 Summer is just around the corner which means it’s time to start planning that epic family vacation you’ve been anticipating all these months. But if you’re a parent of teens, getting them excited about leaving their friends and spending time with you can seem like a wasted effort. Traveling with kids this age presents a unique challenge since it’s about finding a middle ground between their need for independence and your desire for togetherness. So before you purchase those airline tickets and start packing that suitcase, follow these ideas for a vacation that will entertain and stimulate your teenagers, but still leave room for the family bonding time you crave.

Choose a Destination Based on their Interests.

The more involved your teenagers are in making the preparations, the more enthusiastic they’re going to feel about the trip itself. So decide on a location that engages their personal hobbies and interests, then request their input when planning the itinerary. For example, if they’re into film and television, consider touring the Warner Brothers Studio in Los Angeles. If they’re fascinated by ancient cultures and history, visit Stonehenge in the English countryside. Or if they’re adventure seekers, escape off-the-grid to a dude ranch in Yosemite, Crater Lake, Grand Teton or another national park.

Allow them Freedom to Explore at their Pace.

As they get older, it’s crucial for teenagers to assert a degree of independence, so don’t be too offended if they express interest in venturing out on their own for awhile. For instance, if the group consensus is to meander through Central Park, but your teen would rather visit the Apple Store across the street, give them alone time to explore individually, then agree on a meeting place once they’re done. Instead of restricting their freedoms and demanding that you spend each waking minute together, respect your teen’s desire for occasional space and rest assured they will rejoin the family again soon enough.

Designate them as the Family Photographers.

With their lives deeply connected to social media, teens are experts at documenting every moment on camera. This makes them an obvious choice for the role of family photographer since, chances are, they’ll be occupied with their phone screens anyway. “Your child might take 20 selfies in five minutes, but that doesn’t mean they will pose graciously when you want a family picture,” adds The Four Seasons blog, so approach this from the mindset of a teenager. Invite them to snap a group selfie with an Instagram-worthy backdrop on their own device, then encourage them to post it on social media.

Find Nearby Activities to Keep them Occupied.

Because teenagers have limited attention spans that need stimulation, make sure the entertainment is booked in advance. Parents dread the complaint, “I’m bored,” and the most inconvenient time to hear that phrase is while on vacation, so fill your schedule with activities to keep them on the move. One crowd-pleasing option with diverse onsite entertainment is an all-inclusive resort package which has become increasingly popular in the Caribbean. In Jamaica’s Montego Bay, for example, Zoetry and Jewel Grande are both hotspot destinations within close proximity to the island’s premier golf courses and famed tourist attractions like the haunted Rose Hall Plantation tour.

Balance Out the Itinerary with Downtime Too.

This might sound like a counterpoint to the previous suggestion, but the fact is, teens fluctuate between nonstop forces of energy and withdrawn, surly hermits. It’s important to take these mood swings into account and give your teenagers the option to unwind if they need a break. Create space for relaxation in the schedule and permit your teens to be lazy and sleep in, order room service or lounge by the pool when they’re not interested in sightseeing. Action-packed excursions are thrilling for everyone, but don’t forget to balance that hectic pace with a couple hours of downtime afterward.

Although teenagers are often notorious for their “too cool” attitudes, under that hard exterior is a spirit of wanderlust itching to see the world. They might exert some initial pushback against the idea of a family vacation, but if you include them in the planning, from location to activities and all the details in between, even these tough critics will agree, traveling with their parents does have its perks. They might not offer a verbal “thank you” for the trip—but they’ll cherish and appreciate the memories!

Traveling with Teens? Pack a Sense of Humor and a Chill Pill
Creating a Teen Friendly Summer Experience
6 Tips for Summer Road Trips With Teens
advertisement

Traveling with Teens? Pack a Sense of Humor and a Chill Pill
Creating a Teen Friendly Summer Experience
6 Tips for Summer Road Trips With Teens