5 Pros and Cons of Being an Older Mom 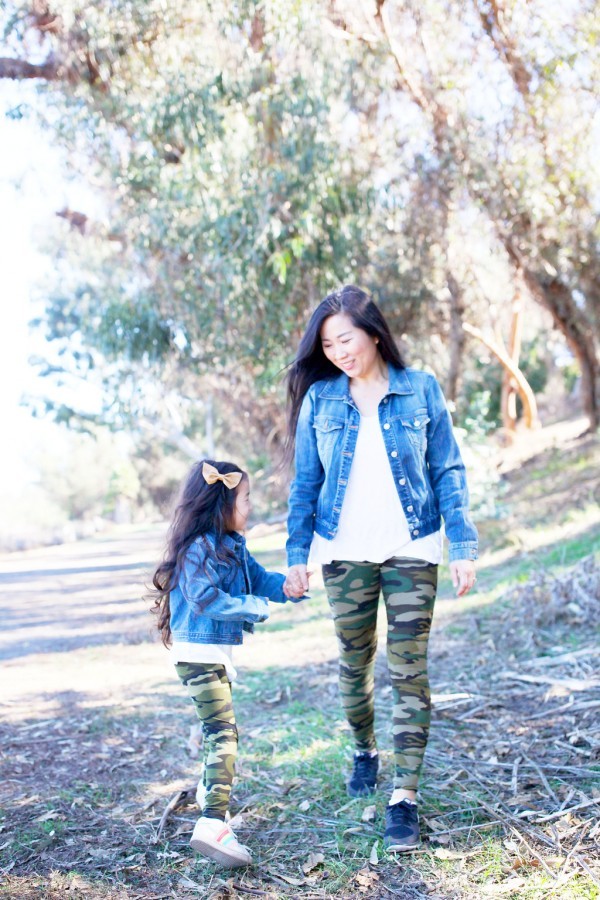 Despite being categorized as an Advanced Maternal Age (AMA) mom, I don’t look quite my age so I don’t get that many comments about being an older mom. If you look closely though, you will see my many gray hairs and fine lines but for the most part, people rarely guess my age correctly.

I got married in 2009 when I was 34 years old. We probably should have gotten started right away in building a family, but we waited a year. After the year passed, we started trying, but not that actively due to being busy with our careers. We eventually got pregnant in January of 2011, but that ended early. We got pregnant again in October of 2011, but that ended early as well. After that, we took a break to heal both physically and emotionally, and in September 2012, we got pregnant which resulted in the birth of our daughter in May 2013 when I was 38 years old.

I've read one too many articles and heard one too many opinions about how old you should be when you have kids. Everyone says you should have your first child before you turn 35 because the risks in pregnancy go up after that. But you can’t really control when you get pregnant. If you could, I’m sure there are plenty of people who would have had kids earlier or later than they did. But it's out of your control. I do believe though, that our daughter was born at the perfect time for us when we were ready mentally and emotionally.

1. I HAVE A BETTER SENSE OF WHO I AM. As I have gotten older, I honestly don’t care as much what others think of me. When I was younger, I was so much more insecure as a person and spent much of my 20s trying to please others and cared a great deal about what people thought. It left me feeling drained and unhappy because I was making decisions or living my life for others, and to make them happy instead of making myself happy. It wasn’t like I was doing this all the time, but I remember placing a great deal of importance on other people’s opinions and what they thought. And now it’s not that I don’t care what someone thinks, but it doesn’t rule over me.

2. I AM MORE EMOTIONALLY STABLE. It kind of goes along with #1, but I feel like I’m just more stable as a person as I have gotten older. I am a lot more patient, relaxed and calm than I was when I was much younger. It helps a lot when dealing with a toddler, although I still lose it at times.

3. CHOOSING CAREER VS. STAYING HOME. I had a great career as a teacher for 14 years. (Yes! 14!) So once I had my daughter, I knew I wanted to stay home with her pending our financial situation. Things worked out so I was able to stay home and I don’t regret it one bit. There are moments when I do wish I had more adult conversations, but I know that childhood is fleeting so I’m trying to enjoy it as much as I can. I know that I will never have this opportunity to be with my daughter like this again. Growing up my parents worked all the time to build a better life for us. As much as I appreciate all that they have done, I wish that they could have spent more time with us instead of constantly working.

4. NOT A LOT OF REGRET. Being an older mom, I don’t feel like having a child has robbed me of my youth or my time. In my 20s and 30s, I got to travel, buy things I wanted, and hang out with friends enough so that once I got married and started a family, I didn’t have a lot of regrets (minus maybe traveling to Europe). Of course there will still be places that I want to travel or things I want to buy, but I am very happy and grateful to be where I am right now. I feel like I'm at peace with who I am and where I am in life.

5. FINANCIAL SECURITY. Because both my husband and I worked for many years prior to getting married and having a child, we are more financially secure. We don’t have a huge amount of debt and we are not living paycheck to paycheck. I remember when I first graduated from college and got a job, money was tight. I was also paying off school loans, which added to my financial burden. I couldn’t imagine adding a child into the mix. I know many people do it and kudos to them. We still have a budget and are not reckless with our money, but we also don’t constantly worry about finances.

1. I MIGHT MISS OUT ON SOME OF LIFE'S MOMENTS. I know I’m not that old, but by the time A graduates from high school and college, I’ll be in my 60s. I joke that I might be in a wheelchair by then! I also think about how old I’ll be when she gets married and if she chooses to get married later in life like I did, then I don’t know if I’ll be around to see it or to see her have kids herself! If I was younger, then there would be a greater chance of being around for all those special moments and being able to enjoy them.

2. ALL MY FRIENDS' KIDS ARE OLDER. I am one of the last out of my high school and college friends to have kids. When they were busy being wives and mommies and raising kids, I was running around working and living my single life. Being in a different stage in life, I drifted from many of them. But we do get together about twice a year to hang out and catch up but rarely with the kids. Their kids are so much older than mine. That was one of the reasons finding a first-time mommy group was so important for me. I had to build a mom tribe with women who had children that are around the same age so that we can commiserate with each other.

3. I GET TIRED. I think I have a lot of energy for being a 41-year-old mom. I try to take A on play dates, outings and play with her, but I get tired and by the end of the night, there’s very little energy for much more. If I were younger, I think I would have more energy and maybe even go out after her bedtime, but these days, I want to go to bed when she does!

4. TREATMENT AT THE HOSPITAL. I know it was a necessary evil, but I really disliked being labeled AMA and having to go through extra tests because of my age. I also had to do a non-stress test every week during the last few weeks of my pregnancy. It was rather taxing having to go to so many doctors’ appointments. I know that they are all precautionary measures, but sometimes I wish they wouldn’t assume older moms need all those extra tests and almost scare them into thinking they need them. As a first time mom, I listened to my doctor and did pretty much everything they suggested. I don’t know if I will do all that the next time.

5. HAVING ANOTHER BABY. Due to being an older mom, I should have had my second child about nine months after A was born (Irish twins anyone?)! All joking aside, I do wish in some ways that I got pregnant right away after having her but it might be too late now.

Are you happy with the age that you became a mom? Would you do anything differently?