Published by Tales of an Educated Debutante on March 22, 2016 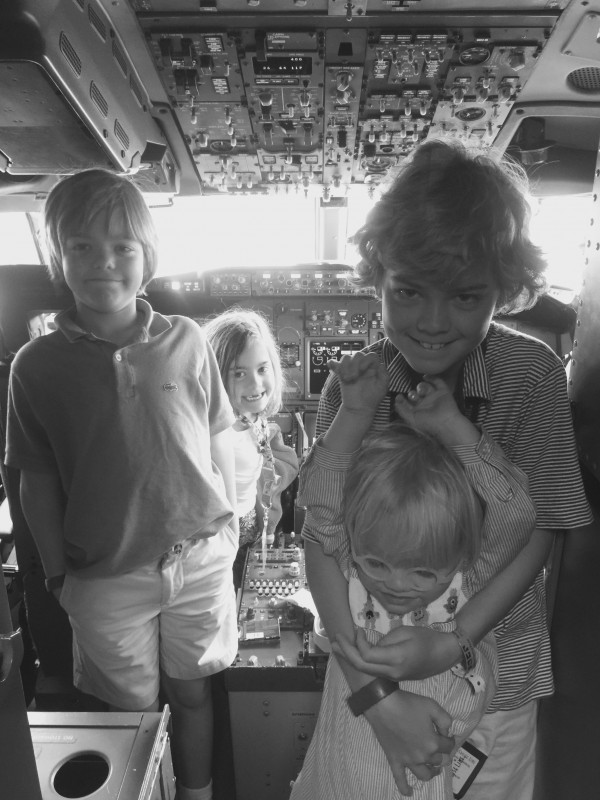 Tonight, this very evening, in the wake of the Brussels attacks that rocked the Belgian city in two of its most-trafficked commuter locations, my four children and I will board a plane destined for Miami. As I packed this morning and counted out shirts and pants and sunscreen for each of my children, I listened to the television and heard the blips of conversation, terrified voices and reports by witnesses of "sheer destruction" while "people were standing in line at Starbucks."

I froze, allowing that last comment to wash over me. I thought about all of the people who were treating themselves to a cup of coffee and I was immediately swallowed in fear. It could have been any one of us. It could be me, tonight, standing alongside my four precious children, little faces and hands and feet and legs and people I am committed to keeping safe at all costs.

But even as I watched the terror replay again and again on my TV, I knew that, no matter what, my children and I will board our plane tonight. We’ll head to the airport early, wait on line, find our terminal, and then we'll head to the nearest coffee stand. In the face of the horror and uncertainty I feel in after what happened this morning halfway across the world, I know we’ll still go. I won’t allow myself to give into the fear that terror provides, and I refuse to let my kids live in fear of terrorism.

The picture of an empty stroller (and the footage from inside the airport) appeared on my TV screen and the shot remained there for several moments. It was an abandoned stroller, and just hours earlier it had likely been used to house a wriggly toddler. It was a stroller that very much looked like the one I’ve put my own son in as he’s bucked and yelped to free himself while we wait in line for my coffee before takeoff. 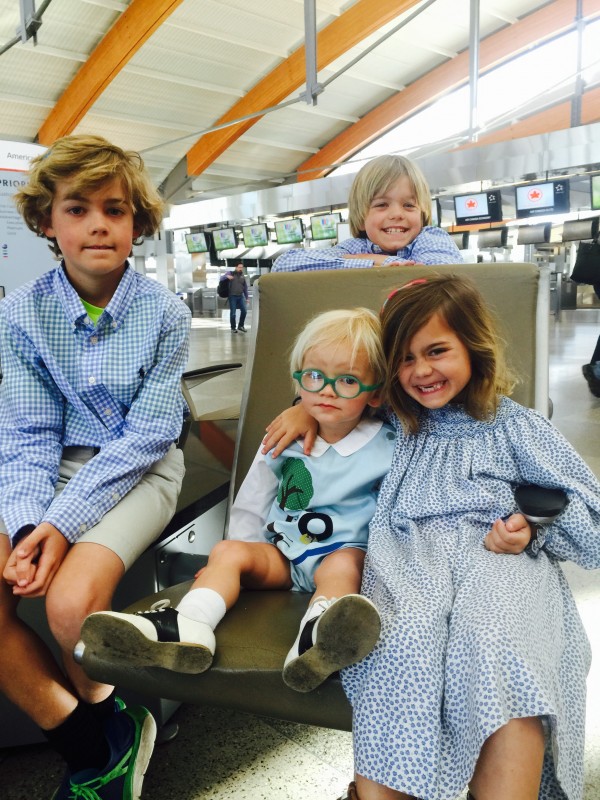 I looked at the image on the TV and knew in just a few hours, I’d repeat a familiar process: get to the airport, get in line, get through security, and head straight for the coffee. In the past, I’ve treated myself to coffee after getting four children through a long security line. But tonight, where will we go once we make it through security? How will I forget the images I saw this morning in a terrorized Brussels airport, the Starbucks and the stroller, the fear on the faces of people fleeing for their lives?

But I know that somehow, I will. I’ll force myself to forget. We’ll board the plane headed to Miami to meet my parents. I’ll bring the stroller and my kid into the line for coffee, and we’ll wait as it inches forward. I’ll do it even if doing so makes me hold my breath. I'll do it as I whisper a prayer of thanksgiving for the people in my life and the children entrusted to me. I'll wait at the gate, willing my plane to arrive so we can get up in the air, away from the terror looming in the terminal, up into the skies where an even more dangerous fear awaits. And when we do, I’ll say a prayer for that mother or father or grandparent who was working to keep their little person safe, who was waiting just to get up in the air, waiting to get wherever they were headed. My fear will not be enough to stop me.

This morning I saw how vulnerable we all are, particularly the ones who are responsible for little humans. I watched eyewitness videos recounting the horror in the aftermath of the explosion. I saw caregivers gripping their children, bodies standing firmly above the innocent below them, shielding them as best they could from the horrifying dangers of the unknowns, the what-ifs. I watched on screen what I know any parent would do — what I would do — to protect my children, and I knew immediately that tonight, no matter how long I have to stand in line and no matter how many added security measures I’m asked to go through, I’d still walk through the airport. I’d wait in the terminal. I’d get on a plane. And so would my kids. 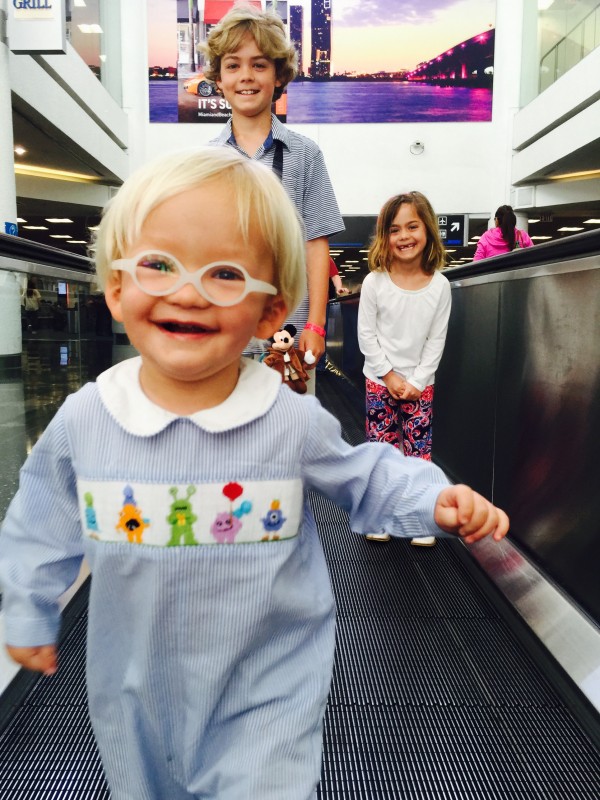 Tonight, I'm going to the airport as the lone parent with four children, the smallest one in a stroller, and we will bravely navigate the long security lines. I’ll try to placate my youngest, Amos, who undoubtedly will indicate his unhappiness loudly. I'll hold him while taking off my shoes and collapsing the stubborn old stroller and all the while, I'll try to hold back the lump in my throat and keep the tears at bay. I'll think of what I should say to my children, particularly my oldest son, in case he has heard the rumors at his small public school or saw blips on the TV screen.

How will I explain that we can't live our lives scared to travel even if it means we would possibly be safer? How will I teach my children that we are promised nothing in this life? I don’t know. But there are things I do: I’ll take my children, one by one, through security, and I will hold them tightly as I do. I’ll whisper a prayer of thankfulness, for today, for yesterday, for all the yesterdays we’ve enjoyed, and for all the tomorrows I know we’ll have together. I won't let terror win. I won't give the people who want to harm precious, innocent children the satisfaction. I won't teach my children to cower in fear; I will teach them to be cautious, careful, and aware. I will take them with me as I wait on line for coffee. I will hold on to that same blind hope that mother or father or grandparent or cousin had as they waited in their terminal at Zaventem airport this morning. And I will hope that will be enough.

Ten Secrets for Flying with Children
Surviving Airport Travel with Two Toddlers, Pregnancy, and a Husband Activist!
Navigating the Airport with Twin Babies