Fathers and Daughters: 5 Reasons Why My Dad Rules

Published by The Champagne Supernova on June 8, 2015 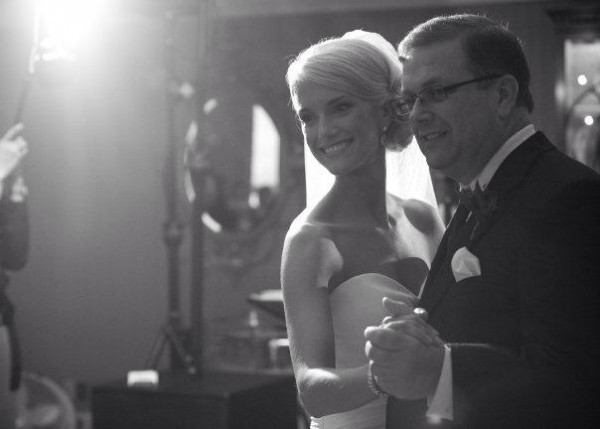 Ten years ago, my father got a phone call from his sobbing daughter, who was on the verge of what she believed was a nervous breakdown from final exams as a first-year law student.

What did he do?

He hopped in the car and drove four hours- round trip- and surprised her by taking her to dinner at one of her favorite restaurants, Sonny's BBQ.

Fast forward one decade. My dad invited me to be his "Plus One" on a trip to Italy, which he won as part of an incentive program through his company. Assuming that I would be in the throes of cleaning my kids' spit-up and tending to a full time, "stress-free" career, he was shocked when I accepted his invitation.

When I was growing up, my "Tour of Italy" would have been amounted to unlimited soup, salad, and breadsticks at The Olive Garden. You can imagine that I jumped at the chance.

We had the best time, and I'll be forever grateful for the memories. 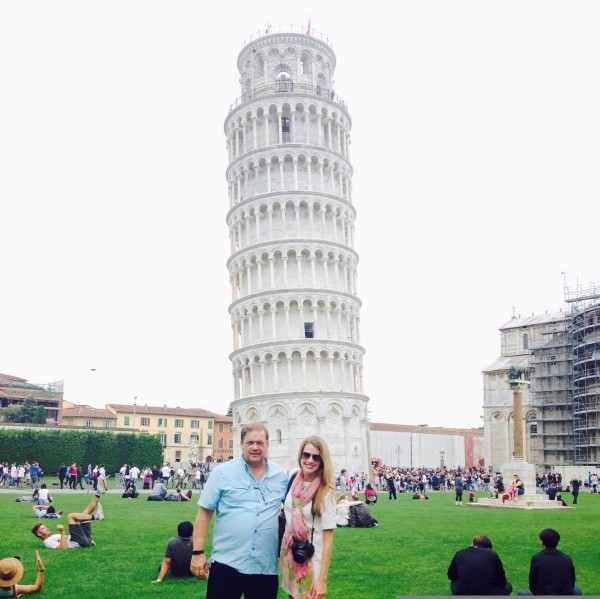 My sister and I have a great dad. He never let us slack off at school, never allowed us to keep questionable company, and always encouraged us to "make good decisions," which was his motto.

He always tried to instill important values in us, but was also forgiving when we slipped.

Here are the five things that make my dad so special:

My Dad Gave Up His Own Comfort for Mine. My Dad always put me and my sister before himself. As a recent example, he gave up his window seat and took my center seat on the 9-hour plane ride from Europe to the United States when we were returning from Italy.

I'm terrified of flying [thanks to my parents letting me watch La Bamba when I was a little girl], and needed the window seat to keep from hyperventilating.

He didn't once complain about the center seat, and karma probably allowed him to easily fall asleep to boot!

My Dad Humored Me When He Probably Wanted to Shake Me. Growing up and through college, my Dad listened with a nonjudgmental heart when his drama queen daughter would call him crying about failed relationships. He probably wanted to shake me and tell me the best was yet to come and the guy at issue wasn't worth the headache. Instead, he listened, never said "I told 'ya so," and never made me feel badly about allowing my heart to hurt.

My Dad Was My Biggest Fan. My Dad has always been one of my biggest cheerleaders. My earliest memory of this was when I was chosen to represent my public elementary school at a county-wide speech contest in fourth grade. I spoke about water conservation and another girl spoke about her brother's physical handicap. She won. To this day, my Dad still tells the story about how I should have won and of the large number of people who approached him afterward to express disgust about my "highway robbery."

While it was never good to be a sore loser, my Dad thought it was also important to recognize when fair was fair.

Even though life wasn't always fair.

My Dad Taught Me that it's Ok for Men to Cry. My Dad is nicknamed the "weeping willow" of the family. This became apparent during my senior year of high school when my grandmother died of cancer. My Dad showed me that the stereotype of men being weak if they cried wasn't true. He showed me that in order to be strong, real, and authentic, you couldn't be afraid to reveal your vulnerabilities, even if it meant publicly crying.

This was as true for women as it was for men.

My Dad Taught Me the Importance of Choosing My Friends Wisely. When I was growing up, my parents never allowed me to go to anybody's house unless they first met the friend and their parents. Their philosophy was that I'd be less likely to get into trouble if my friend was being raised by people with values similar to the values my parents were teaching me.

"You are who your friends are" is a motto that is true, and is even more apparent now that I have girls of my own.

What I value the most about this motto is that some of my deepest, core group of girlfriends date all the way back to my childhood.

Cheers to the man who loved me first and knows me best.

The Champagne Supernova
> See my posts
> Visit my blog

I am a full time attorney, mama of a toddler and infant, wife, baby booty-wiper, snot wiper-upper, and poolside drowning preventer, while serving as a the Grand Poobah of my lifestyle and parenting blog, The Champagne Supernova. Cheers!