Back to School: How to Not Completely Lose Your Crap

I recently completed the marathon called Getting Five Children Ready for Back to School, and now I need therapy. I spent around 400 million dollars, drove to a dozen stores, and almost became a serial killer over folders with brads. The kids have gym shoes, regular shoes, new clothes, new backpacks, lunch boxes, and school supplies out the yin-yang; we’ve been to back-to-school night, orientation, schedule pickup, and freshman camp; I filled out personality inventories, insurance documents, volunteer forms, registration packets, and parent contracts; we’ve had haircuts, vaccinations, eye exams, pep talks, bike tune-ups, and meltdowns. The refrigerator was stocked. The pantry was filled. The lunch accounts were updated. The lectures were given. On the first day of school, the kids were photographed at home and with teachers because humiliation is an important part of childhood.

It will take an entire calendar year to recover so I can do it again. 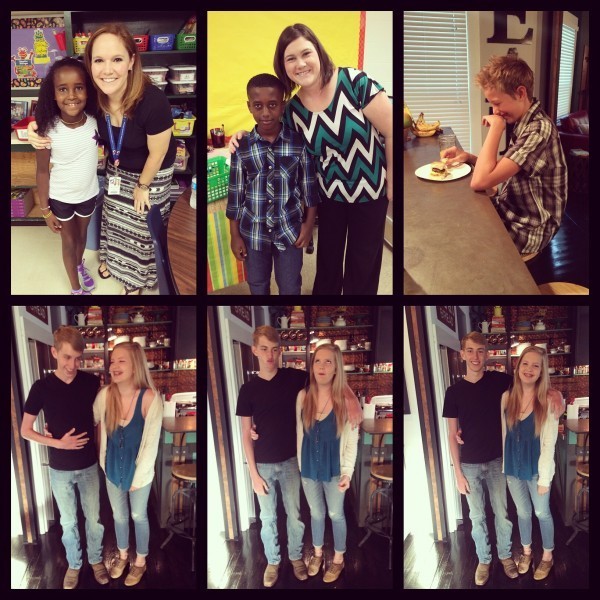 My kids on the first day of school. 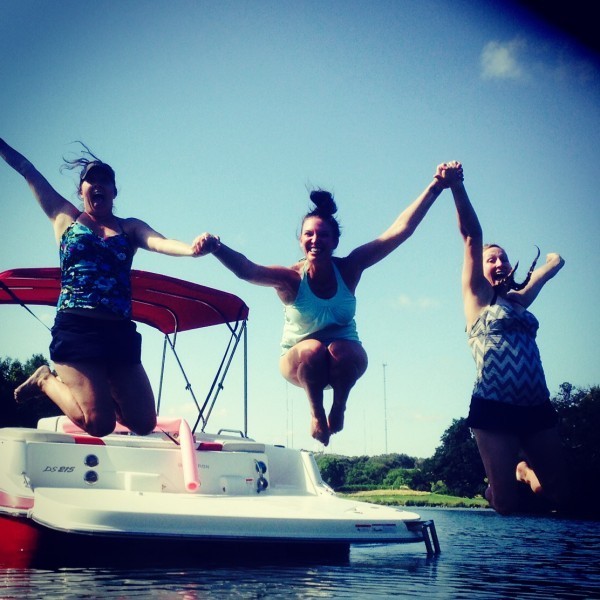 Me and my friends one hour later.

Part of the reason Back to School is such a shock treatment is because we’ve spent the majority of our summer basically running a frat house. No schedules, no bedtimes, no fixed mealtimes, no mental development, no worries. What? You want cereal for lunch? At 2:30pm? Fine. It’s a free country. Summer Happy Hour starts in an hour and a half, so you just do you, man.

But now we’re back to real life, and we’re all blinking confusedly like slothful cave people that just emerged into the sun. The challenge of getting five kids ready to start school is rivaled only by getting them out the door each morning. Our get-your-crap-together gear is still in low, so we only have a few house rules to keep us on the rails in the a.m.

First of all, it is helpful that I have one in elementary, two in middle, and two in high school. For real. Sounds like a nightmare but what it means is a rolling start in the mornings. The little is up and out first, then the middles, then the bigs, all thirty minutes apart. Pragmatically, it means our mornings are a little less Apocalypse Now than when everyone was on the same schedule. Dealing with two at once instead of five is like managing an afternoon tea instead of a college bar.

In a big family, this is usually the best time of day to talk to my kids without interference. We have a No Phone rule in the mornings, because my kids like to get their “morning news” off iFunny and Instagram where their peers are already posting all sorts of jackassery, which will later be reported as “facts.” I don’t have the bandwidth for this in the morning, so my kids pony up to our kitchen island and we discuss all manner of life while I scramble their eggs.

For some reason, I love to cook breakfast. I have a thing about a good breakfast. All my health classes in the 80s stuck. (Except that food pyramid that urged us to eat 17 servings of bread a day as our diet base. Oops, FDA! Oh well. Don’t worry about it. It only produced an entire gluten-intolerant generation with a side of celiac disease. No big.)

Now, when I say breakfast, I basically mean eggs and toast. Don’t throw a parade. We have chickens and it feels like my sworn duty to cook their offerings. For anyone who thinks they don’t have time for this in the morning, it literally takes three minutes to cook and egg and make toast. A generous spread of butter on warm toast, a healthy crack of salt and pepper over a fried egg, and voila: a scrumptious breakfast of real food.

The Marketing People have convinced us this is beyond our capacity and we should just feed everyone foodstuff from their labs instead, but that is horsecrap. I can make a fried egg over buttered toast in less time than it takes to read the ingredients for frozen waffles. (See also: smoothies. I drank the Vitamix kool-aid and can now blend kale into smooth oblivion. Add enough frozen bananas and peanut butter and you can sneak any leafy veggie past your wee ones. Make up a lie about the green color. Say it is from all the green icing you added.)

Now for lunches, this is my policy: You want it? You make it. I’m already making breakfast and providing sparkling conversation, so I entirely outsource lunch making to the spawn. They have to make it the night before or get up early enough to do it, and if they don’t, enjoy the lunch line. At this juncture, two of my five kids regularly make lunches, and the rest are content to turn their blood sugar to straight high-fructose corn syrup in the cafeteria with unmonitored ice cream purchases. Fine. I can’t care about everything.

At the start of school, we comply with the usual helpful suspects like signing folders the night before, laying clothes out before bed, packing lunches, and having backpacks ready to go. The amount of stress this eliminates from the morning grind is so enormous that I am always surprised we only keep it up until October. At that point, my husband and I perform a predictable lament: “We’ve backslidden. We’ve fallen into morning entropy. Why can’t we sign the damn folders at night anymore? Why do we think mornings in a family of seven can sustain extra drama? Why can’t you be the night parent?” But none of this typically translates into practice past the fall. We mean well, but pre-managing the morning at 10:00pm feels like oppression.

Only one other house rule for mornings: I will have pleasantness. My husband thinks I’m a weirdo about this, but I am determined to send my kids out the door in a good mood and in a good frame of mind. This mostly hinges on me and the tone I set. I wake the kids up like some sort of freaking Snow White, and I force my mouth to jettison its typical snark or at least tamp it down. When my kids are dragging their feet and whining about their incredibly difficult lives, I try so hard to manage them calmly instead of throwing my coffee cup against the wall in a blaze of glory.

The trick to this zen is simple: fifteen minutes. It’s like magic. If we get up fifteen minutes earlier than the bare minimum requirement, it is the difference between Mom, can I please have some more eggs and KID, IF YOU MISS THE BUS YOU ARE WALKING TO SCHOOL, SO HELP ME MOSES. Fifteen minutes is the cushion that keeps us from rushing, fighting, nagging, and melting down. It is time for a cup of coffee, which has saved my marriage and my children’s lives numerous times. It pads the morning routine with enough extra minutes for kind words, good conversation, a real breakfast, and extra time to find their shoes/homework/backpack/gym shorts/permission slip/jacket without a nervous breakdown. It just keeps us all in a better mood which allows me to send the kids out the door with kisses instead of, say, mild rage. Middle and high school is a plate of Crap Sandwiches half the time, so they don’t need to start their day already feeling berated and shoved out the door.

In the end, I think moms and dads deserve prizes for accomplishing all we do by 8:00am without murdering or at least severely maiming someone. We warrant recognition for our patience and organization, our systems and diligence. We get unruly, noncompliant kids to school every single day! We are amazing! Us Morning Warriors should take any accolades we can garner in the a.m…

…because managing bedtime is a whole ‘nother deal. 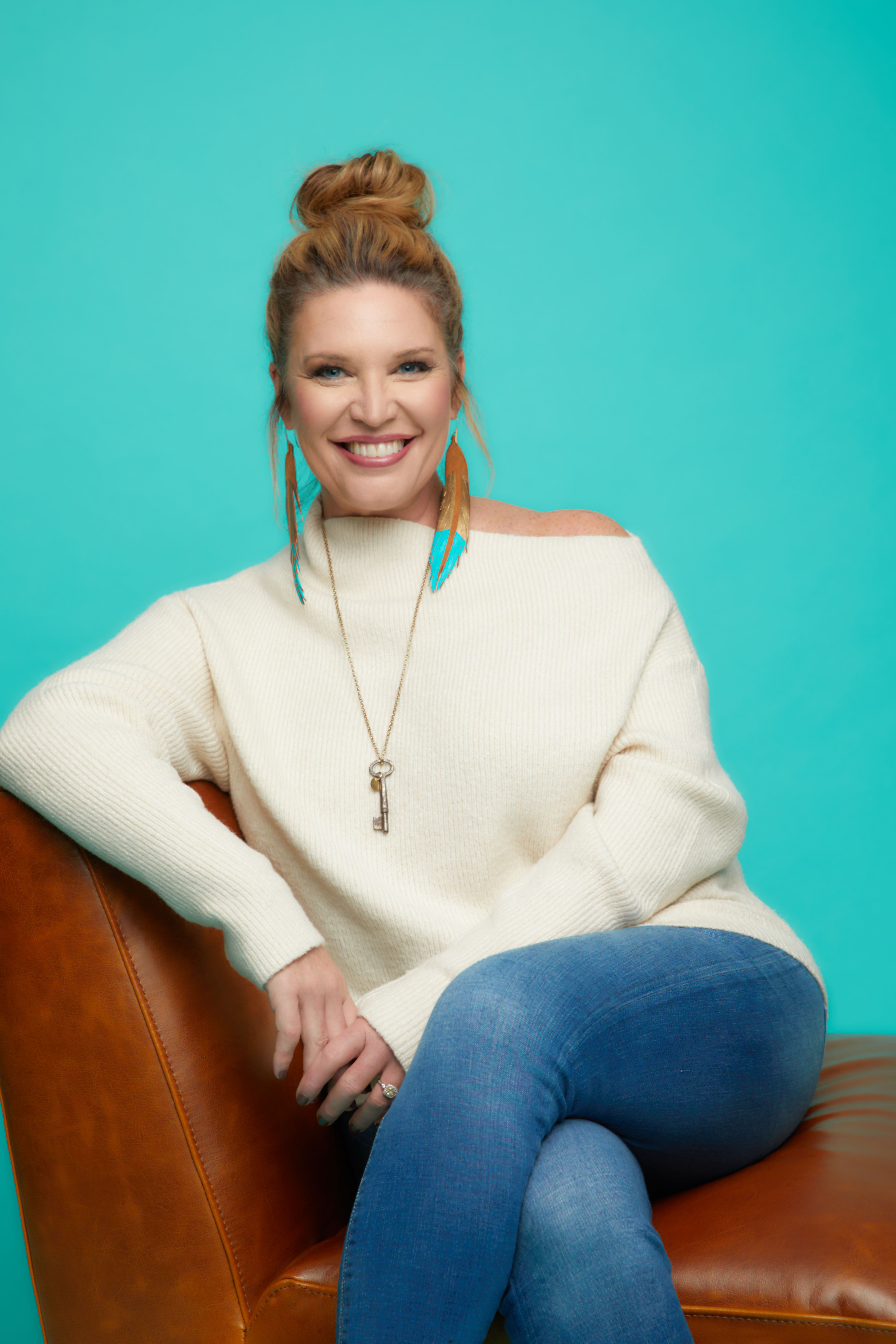