You’re Here to Support Him, Not to Save Him.

Published by Kait Hazlehurst on September 12, 2019

Stepmama, you do so much. You are important, you are selfless, and you are a linchpin. But you know what you’re not?

So it’s time to stop trying to “save” your husband.

You’re Here to Support Him, NOT to Save Him.

I’ll be real with you - I get a lot of messages from struggling stepmoms, and many of them lay a myriad of their husband’s issues out on my hypothetical kitchen table and then follow with, “how do I fix this?” But more often than not, my answer is:

I get it. We want so badly to save the men we love - from their “evil” ex-wife, from the pains of sharing their kids, and often from themselves. But we’re not here to save them. We’re here to support them.

It’s a hard sell, because I know we all love a good “project” man (I’m not the only one who has dated a handful of broken boys hell-bent on mending them, right?) but let me attempt to convince you to stop trying to save your partner and try supporting him instead. Humor me?

Thought Worth Considering #1: You’re probably doing it for the wrong reason.

You can tell yourself all you want that the reason you insist on proofreading and editing all of his texts before he sends them to the kids’ mom is to “save” him from a fight or a bad result. You know better, right? If you do the talking, and just use him as the mouthpiece, you’ll keep the peace and the day is saved!

Wrong. What you’re actually doing is attempting to control. Controlling others’ conversations means you’re controlling the situation, which means you can be at peace and not on edge, worrying about what trouble your partner might have stirred up.

But control isn’t something you wanted in your marriage! Yuck, of course not!

Sorry to break it to you, friend. But reflect on all the little things you do to “save” your man - deciding to set a bedtime for his kids since he won’t, doing the drop-offs or pick-ups so that he can’t get into a disagreement with his ex, planning out exactly what “he” is doing for his mom for Mother’s Day so he doesn’t throw it together last minute... do you do all these things to help him? Or do you do them to control your environment, and in turn your stress levels?

Is lowering your stress level really worth debilitating your own husband’s decision-making skills as an adult and a parent?

I’m also talking to myself, here. I have done all the things I just listed and I’m sure I did them for the wrong reasons. But I’m working on it, and so should you. Because…

When you decide your partner isn’t capable - you know, that “wow, you would be lost without me” attitude we like to think is okay and even flattering - you decide you are entitled to control.

You can say it’s for their own sake, that you’re saving them from their own inadequacies. You tell yourself that you're being a supportive wife… that you’re HELPING. But that control will cause your partner to resent you. No one likes to be rescued against their will.

On the flip side, a great way to grow to resent your husband is to convince yourself that he could not function without you and it is your responsibility to fight all of his battles for him, make parenting decisions for him, and co-parent on his behalf.

No one wants to be married to a child. So why do we decide that our husbands are only as capable as our kids and rescue them from everything until they hate us and we hate them?

It doesn’t have to be that way.

Thought Worth Considering #3: Your partner is just as capable of an adult as you are, and all he needs is your support.

It’s as simple as that. The reality is, he got himself into this divorced dad mess, he was still alive when you found him, and he would be finding a way to make life happen (probably with a little support!) even if you weren’t here.

You don’t need to save him.

He didn’t marry you as a way of hiring a personal-assistant-slash-au-pair. (Unless he did, in which case you’ve been punk’d and you both need more setting straight than this article can offer you.) He married you because he wanted a marriage with you. He wanted you to be his partner, his family, his wife. 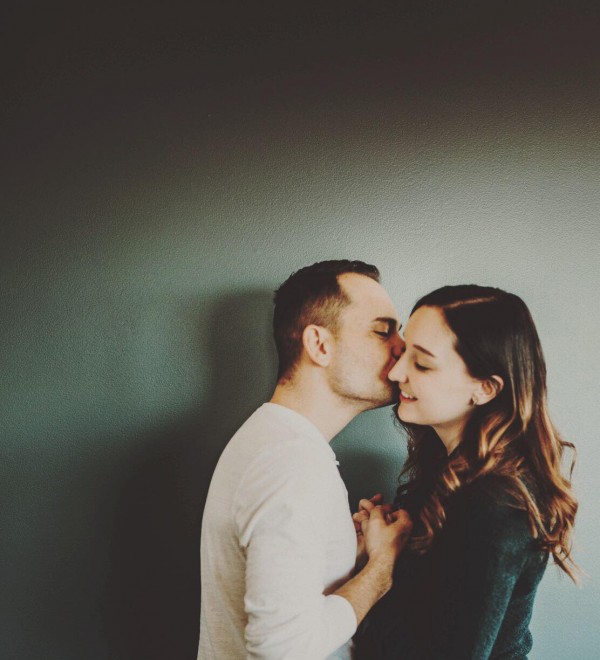 So stop insisting on saving him. And start finding things you can OFFER him.

Less “let me call her, you’ll screw it up and make her mad” and more “let me know how the call goes or if I need to help with rides!”

Less “you’re putting these kids to bed way too late, they need to be asleep by 8:30” and more “the kids don’t seem like they’re getting enough sleep, have you thought about getting them on a set schedule? If it’s something you want to do, let me know and I’ll back you up. I wouldn’t complain about having a little more alone time with you at night anyway!”

Less “what would you do without me?” and much, much more “I’m so happy you chose me.”

Less control, less resentment, less saving. More being available to help, more affection, and more confidence in the person you married. You both deserve it. 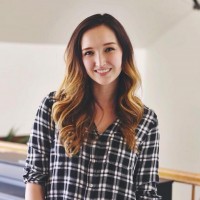 Kait is a wife, stepmom of one clever girl, and biological mom of one rambunctious boy. She is a Certified Life Coach and Psychology major who is passionate about helping others strengthen relationships. She is also passionate about cars, Thai curry, and writing lists.

Let's Cut the Crap, Dads Are Just As Capable As Moms
His whole life he needs to be strong, until it’s time for him to become a father.
Sometimes the bat breaks: Parenting through failures
advertisement

Let's Cut the Crap, Dads Are Just As Capable As Moms
His whole life he needs to be strong, until it’s time for him to become a father.
Sometimes the bat breaks: Parenting through failures