You're a Leader: A Lesson that Echoes

Recess. Playground. 1979. We first grade girls were doing what little girls do. Walking around and holding hands, giggling, and whispering secrets. The weather was beautiful, and we didn't have a care in the world. (Kinda wish I had a time machine.) Then one of the other girls suggested that we stay away from Karen and not play with her. She didn't belong in our group because she was still a baby. You see, Karen had not quite kicked the habit of sucking her thumb, and well, that made her much too babyish for the likes of us more sophisticated first graders. 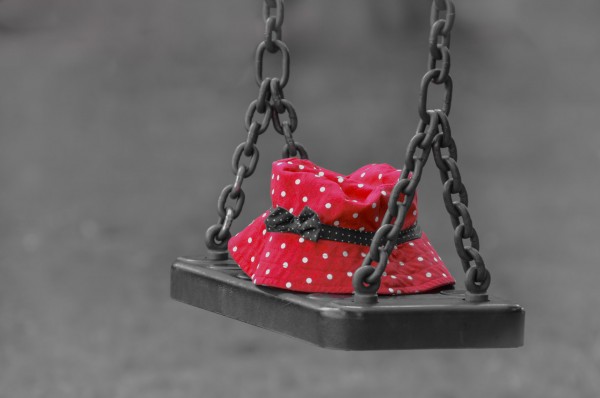 I'd love to say I had the wisdom and fortitude to rise up and stand for what is right, but I said nothing at the time. It bothered me the rest of the day, and I suppose I didn't really know what could be done about it. Upon being picked up from school, it's the first thing I mentioned to my mom. I told her the whole story, and she taught me two lessons that afternoon. One I learned then; the other I learned a few days ago.

When I told my mom what had happened, I said, "I don't think that was right." She said, "It's NOT right, Hayley, but you are a leader. If you stand up and do the right thing, the other girls will follow you." She advised that the next time someone wanted to keep Karen out, that I should stand up to them and tell them that was wrong and that if they wanted to play with me, they'd be playing with Karen and me both.

My first chance was the very next day. I did just what my mother had coached me to do and left the clique to go play with Karen. Guess what. The other girls followed.

Field trip. Zoo. 2015. My son is in kindergarten, and I found out from a fellow mom-friend that one little boy tried to instigate leaving another little boy out of the clique. My son was not the instigator, but he wasn't doing anything to stop it either. That night, I asked him if anyone at school ever tries to leave another child out and not play with them. He looked at me with big eyes and said, "How did you know?" Then he said, "Tommy said I shouldn't play with Mark." We had a conversation that echoed the one from my childhood with my mom, and I told him the story about Karen. When I told him that he's a leader as well and suggested how he could handle the situation, his eyes lit up.

Next morning on the way to school, he couldn't wait to go in and do what's right. And so 36 years later, I learned lesson two. When we tell our children, straight up, that we believe in them and then teach them how to rise to the occasion, they will.

So thank you, to my mom and moms everywhere, for those teachable moments where you train up a child in the way he or she should go. I fully believe those lessons stick... and one day, perhaps, my son will continue the echo and tell his own child about the day he learned how to stand up for a little boy named Mark.

I'm the single mom of a six-year-old charmer. Parenting is my favorite gig, and I love sharing what I've learned, often from how I've screwed up. Come visit me at www.dixiemama.com where I turn mistakes into lessons by inviting grace into the mess.

The Bully's Moms is in Denial, the Dad Makes Excuses
The day OUR lives changed when we heard the words "Your Pregnant"
Kindness Can Change the World and It Starts With a Smile
advertisement

The Bully's Moms is in Denial, the Dad Makes Excuses
The day OUR lives changed when we heard the words "Your Pregnant"
Kindness Can Change the World and It Starts With a Smile