You Are Your Child's Village 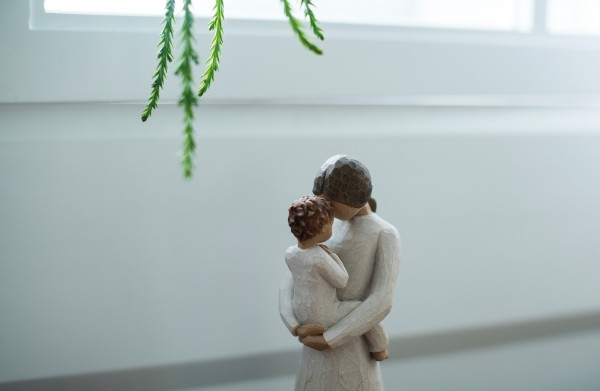 I try to tell my children that everything they do and say shapes their children’s future. My grand kids are watching, listening, mimicking, and internalizing everything that goes on around them. Our experiences as young people are what mold the person that we become. I am a firm believer in this and am a living example of it.

My relationship with my mother growing up wasn’t the greatest. She did many things I didn’t approve of and that negatively impacted my life. As a young girl, you need your mother. You crave her affection, love, and acceptance. I was the only girl in my family, having two older brothers. I wanted nothing more than to be my mother’s best friend. So at age 12 when she started taking me around with her everywhere she went, I felt special. Before that time in my life, my mother didn’t pay much attention to me. She was a legal secretary in Manhattan and always too busy to pay me much mind. The only time she did show me attention was to scold me, tell me I wasn’t doing something right, or to dress me in awful clothing that led to ridicule and isolation at school.

But things changed when my mother gained a new friend - Mr. Ryan. He was an older man. He bought my mother and I beautiful things - dresses, jewelry, purses, and fur coats. I loved visiting Mr. Ryan’s house because it was an all day affair. He lived nearly an hour from our home, if you took the highway. But a car accident at age 16 left my mother’s jaw broken in several places and her fear of driving on highways solidified for life. So we were forced to take the long way to Mr. Ryan’s house but I enjoyed nothing more than our road trips and time spent together, just the two of us.

It wasn’t until we’d been making this trip for weeks that my mom started talking about Mr. Ryan being my new daddy. I was confused. Call it being naive or sheltered, but I’d never considered Mr. Ryan more than just a friend to my mom. When she said this, I was shocked - I already had a daddy. My mother made it her mission to dispel any positive thoughts I may have had about my father. She told me he was a bad man who abused her when no one was looking. That he never let her have any money or freedom. She unloaded a whole lot of issues that were way too heavy for a 12 year old. Most went right over my head, but the ones that did stick left me with one thought in my mind - my father was a monster and Mr. Ryan was going to save us.

My mom talked about packing our bags and leaving our house in Brooklyn to live with Mr. Ryan. I remember being nervous at first, until she described the beautiful new room I’d have with a large closet filled with the nicest clothes and a canopy bed with white lace fabric flowing down like a princess. She told me I’d be a princess.

I knew when the day had come. I could hear my parents fighting in the living room. I remember feeling a strange mixture of excitement and nervousness. I went to my closet and rolled out my red suitcase. It had all of the things I thought I’d need - my diary, favorite stuffed animal, pajamas, robe, and one school uniform. Mr Ryan was going to buy me anything else I needed. I heard my mother storm down the hallway to her bedroom and open the closet. She was gathering her things too. I was smiling and anxious. We were escaping. When my bedroom door flew open I wasn’t expecting to see the look on my mother’s face. It was a mixture of annoyance, impatience, and confusion. She asked me what I was doing. I was confused. She said she was leaving. I remember thinking, yes I know we’re leaving. My dreams were instantly shattered when she told me that she was leaving without me. It turned out Mr. Ryan didn’t want any kids living in his home. She told me that this was her time to live the life my father never let her. She roughly kissed me on the forehead and said she’d be back. But she never did come back for me. Not until years later when Mr. Ryan died and she came crawling back to my father.

At the time, I don’t think I understood the weight of what was happening. I didn’t realize how much my mother’s selfishness and lies would impact me as an adult. I vowed never to become the type of mother my mother was. I would never lie to my kids. I would never speak ill of their father. I would develop a close, loving bond with my daughter, if I ever had one. The experience was traumatizing to say the least, but it did help shape the person I am today. It made me a stronger, more devoted, and loving mother. My mother’s absence actually pushed me closer to my father. Once I realized all her stories were lies, I was able to start loving my father again. We became extremely close. So, for that, I actually thank my mother. Without her actions, I may not have ever let my father in the way I did.

My struggles have helped shape who I am and I wouldn’t change that for anything.

My Father Was a Teacher
Being a Single Mom by Choice and My Dad's Thoughts
Heaven help us!
advertisement

My Father Was a Teacher
Being a Single Mom by Choice and My Dad's Thoughts
Heaven help us!