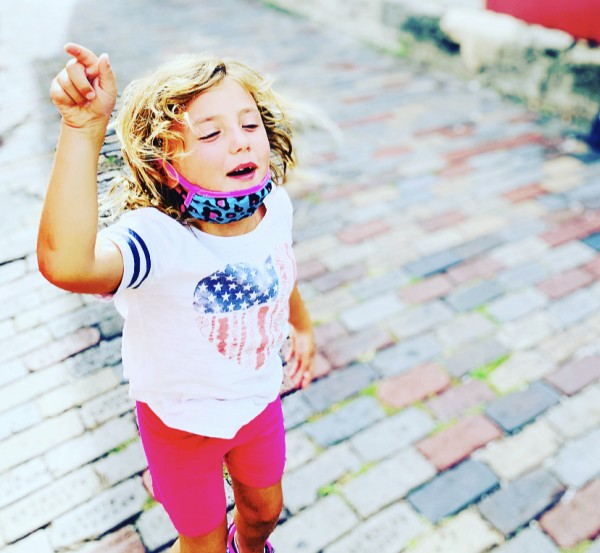 An older kid called my child "so annoying" today.

And my kid ran up to me, keeping her tears at bay as not to embarrass herself by crying and "acting like a baby," but wholly and heartbreakingly distraught.

I scooped her into my arms, as fast as a mama bear does when 'protective mode' of her cub is activated, and she embraced me tightly, and I her.

And, I told her the truth.

That she is not annoying.

That she's flippin' amazing as heck and a blast to be around.

That what that child said was rude and inaccurate, but also that it's not now, nor will it ever be, her responsibility to not be "so annoying" by anyone's standards.

And that people who are easily annoyed and outwardly mean to others, well, they could use some manners, patience, and grace.

But alas, we are dealing with kids here -- children who are just not fully developmentally ready to pick up on, process, and care about the fact that WORDS HURT.

Even when they are said once.

Even if they were meant in jest or not meant to be heard.

Even if you were just frustrated and you "didn't mean it."

Now listen, I ain't mad at this other kid.
Nor do I blame the child's parents for their kid's less than kind interaction with mine.

But I do blame myself for not sooner realizing how essential it is that I, and all parents, raise our children with enough love, support, encouragement, AND CONVERSATION around self-worth, that they never -- NOT EVER -- let anyone tell them who or what they are or what they are not.

Because what my daughter always is...IS ENOUGH.

So dear daughter, please hear me loud and clear when I say:

Remember who you are.
You are a beautiful, kind, smart and talented person.

Remember whose you are.
You are mine and your dad's, and you are eternally His.

Remember that people can be mean.
But you shouldn't be. Because their meanness, that's about them, and no matter how convincing they seem, it's never about you.

And they deserve our grace.

And remember that no matter who finds you to be

Keep on being you, baby girl, and let me inform you of this fact:

If I could go back to being a kid, it's you, rockstar, who I'd undoubtedly wanna be.

What I learned from my bullies: 'Even if you don't like someone...be kind'
Finding Kindness
Really, People, Really?! I. Just. Can't.
advertisement

What I learned from my bullies: 'Even if you don't like someone...be kind'
Finding Kindness
Really, People, Really?! I. Just. Can't.