With Love, From Iraq: My Best Little Friend 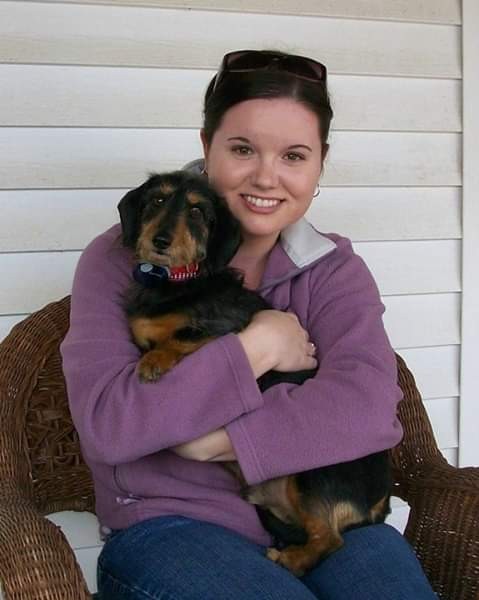 She cried on the phone to the love of her life, as he listened on the other side of the world, to her pain of losing the dog she grew up with and of missing the hell out of him too.

He was bought with a scratched up debit card on a long distance phone call in the middle of Iraq.

He was put on a plane in Michigan two weeks later and flew to the east coast without his mother or siblings for the first time in his life.

She left work early and headed to the next state over to meet him for the first time.

He was brought through an airport to a holding station in Vermont somewhere.

She finally arrived after getting lost and ran up to greet him.

He whined out of fear from a new place.

She laid eyes on him as she took him out and held him close. He rested on her lap the whole way home, as she pet him and gave him the comfort his little heart needed.

From that cold October night to today, his 14th birthday, he's been her truest companion, her sweetest buddy and truly is one of the loves of her life.

Bought by my husband on a Sat phone while deployed with the US Army in Iraq, he was sent to me to calm the loneliness.

He's been my protector, with me through my wedding day to the births of all my babies. He's followed me up the stairs as I laid on the bed and cried from postpartum. He's always been my shadow, even refusing to eat when I go out of town.

For this card carrying crazy cat lady, my heart has never been so in love with another creature the way I love him.

This post originally appeared on These Boys of Mine FB page.

My son has a girlfriend
Mr. Dan, Our Family's Man
Made for Each Other.
advertisement

My son has a girlfriend
Mr. Dan, Our Family's Man
Made for Each Other.