Widowhood to Sisterhood: My adoption story 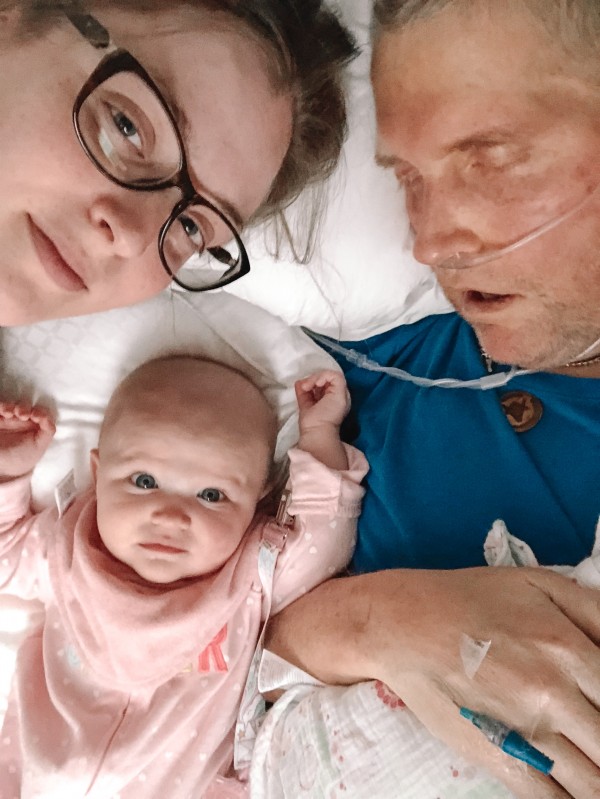 Miracles. Do those really exist? I thought miracles only existed on the hallmark movie channel. Especially after the year 2019 brought me. My husband Sam was diagnosed with cancer when I was 18 weeks pregnant with our daughter, Charlotte. No one thinks when you’ve just got engaged and moved into together and just got pregnant that cancer is next on the list. We were suppose to be planning a wedding and a baby shower, but instead we were planning chemo and hospitalization and how we could control Sam’s pain.
Charlotte was born the day before Thanksgiving, and boy did Sam loved being a dad. He was a natural and my rock even through chemotherapy. He kept me sane and spoiled Charlotte any way he could. In March 2019, Sam had a stroke. He was in ICU when he woke up and they told us he was too sick to continue Chemotherapy. We went home with no idea what to expect or how long, but decided we would live till time said we couldn’t. He proposed -again- and we set a wedding date, and we got married! We went to his favorite restaurants, the beach, saw his close friends one last time, and family too. We watched his favorite Marvel movies and he held Charlotte every moment he could. Even in the hospital we would take daily walks with the baby in the stroller, shower together, and be as normal of a family as possible. We even had candle lit hospital tray dinner dates. We talked deep talks and we loved deeply. On April 28th 2019, Sam asked “how long do I have?” For the first time. “2 weeks at most” we were told. Sam entered hospice this day. He nodded his head and smiled at the nurse, and never woke up. It was the last full conversation he had. He knew it was time. He relaxed for the first time since his diagnosis, and on May 3rd 2019, Sam died. He left a whole in my heart that I doubted could ever be filled again. I had no idea the kind of pain grief could bring, but it left me feeling like a ton of bricks were crushing my chest. It was unpredictable and torturous. Charlotte was my only reason for waking up the next morning. I knew nothing could make me feel complete again.
Nothing until i got this phone call from a distant aunt 6 months later. I was teaching a class of EMT students when i saw her number. I thought it was an emergency so i answered. “You have a sister! A big sister! Her name is Stephanie, your biological mother gave her up for adoption at birth. She is 5 years older than you.” What!? How does one go over 26 years without knowing half of me is living only four hours away? How does one take this kind of news? Well I embarrassingly screamed with joy and announce it to my entire class of college students. I went home and stayed up all night Google searching Stephanie. I had her phone number but I was too terrified to contact her. I was terrified of being rejected, or her not wanting to be a part of my life. I was suffering so much grief already, I could not handle the idea of loosing her too.
However, the next morning I sucked it up and called her. The second I heard her voice on the other end of the phone, tears of joy ran down my face. We both cried and talked for hours. She was so eager to get to know me and I was so relieved. It felt like Sam brought her to me when he knew i was hurting the most. A few weeks later Stephanie and I were able to meet face to face for the first time, and it was as if that piece of my heart that I had been missing was put back where it belonged. She made me feel whole for the first time since Sam died. Finding her patched my broken heart, but the moment she left felt like half of my heart left too. A month later she came down again to meet our sister, Kibee. Kibee is a ward of the state living in a group home for special needs. “I’ve known about Kibee all my life but I knew she had special needs and was living in a group home so i thought I’d never get to meet her,” Stephanie said. However, it happened, and we were all reunited- 27 years in the making- standing in the same room for the first time. The moment Stephanie, Kibee, and I stood in one embraced hug, my heart felt truly whole. The day was magical realizing what all we had in common and how miles a part and never meeting didn’t change the fact we had the same wacky quirks. As the evening came to an end and we all departed once more, I know that I couldn’t have been reunited with my sisters at a more perfect time in my life.

I felt my heart go 2 different directions when they left, but I will be getting to spend Christmas with them together this year instead of mourning alone. A holiday I fully expected to be miserable and broken for this year, I now have my sisters love to get me through my grief.
That’s how adoption has touched my life. For more on my life story, journey, and craziness that is my life, join us on Instagram @charthebigstar.

Keeping Up With the Dodsons 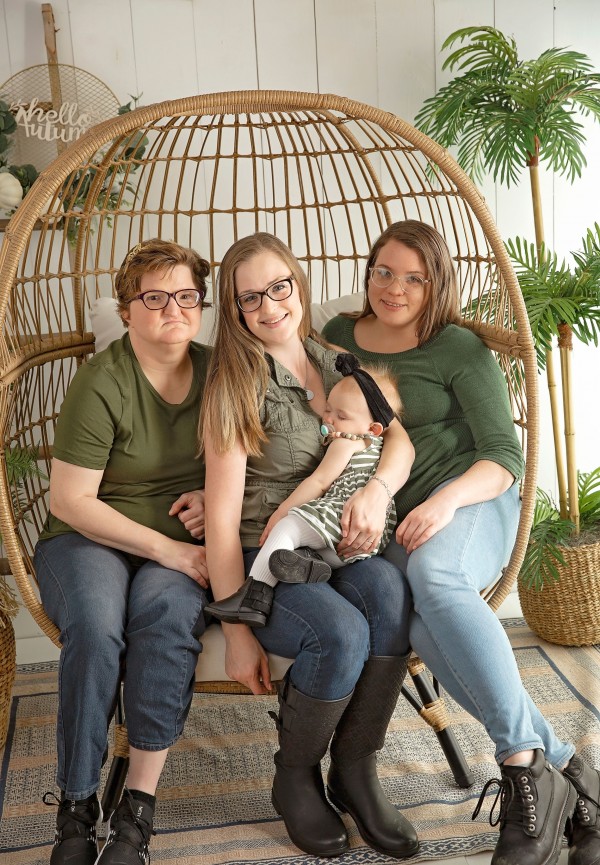 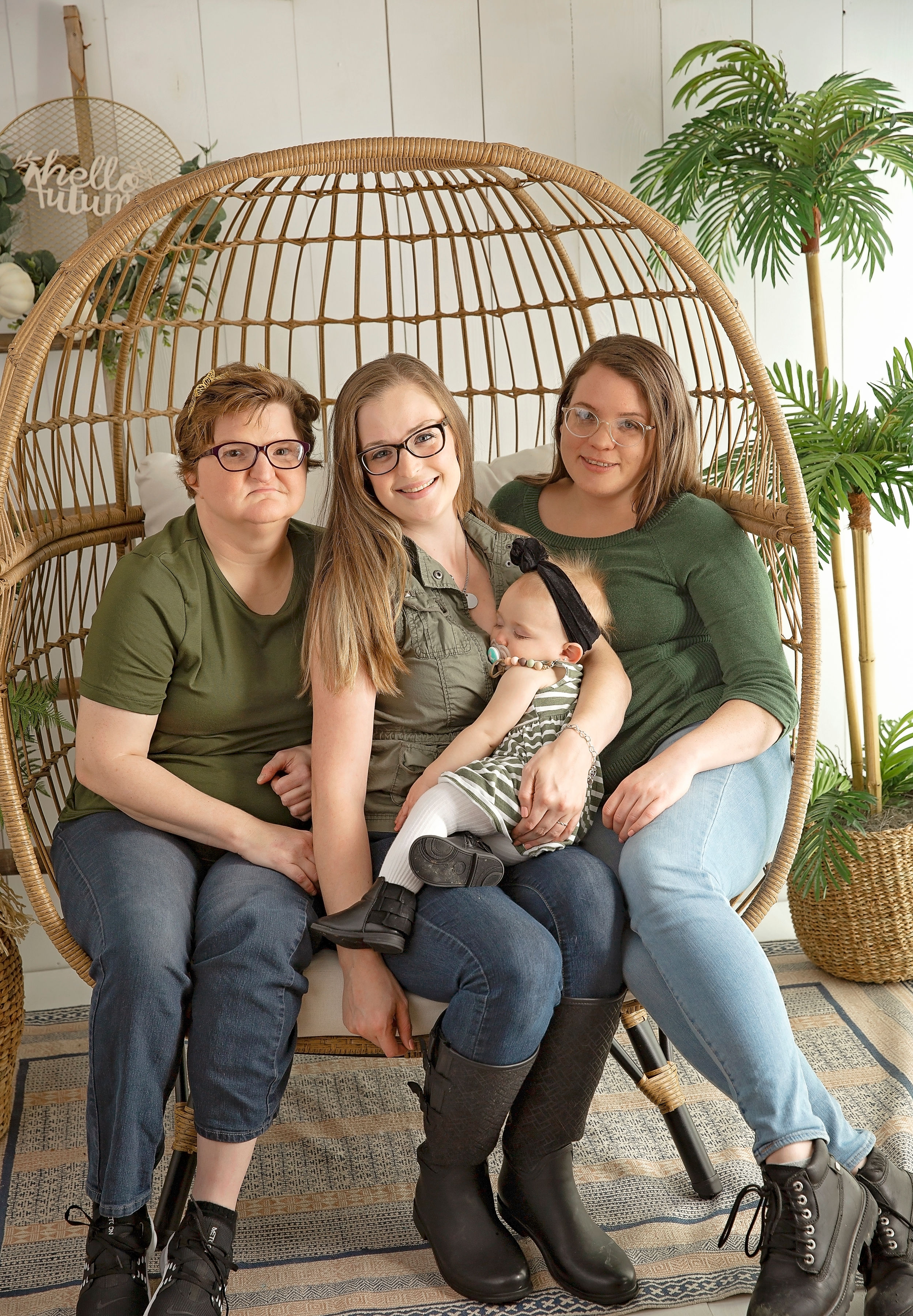 Widowhood to Sisterhood: my adoption story
How Losing a Baby Taught Me How to Speak Up
Dancing with Grief
advertisement

Widowhood to Sisterhood: my adoption story
How Losing a Baby Taught Me How to Speak Up
Dancing with Grief