Why Your Teen Is Not Listening To You

Published by Jennifer Salerno on October 13, 2016

If each verbal conversation with your teen was turned into a manuscript texting conversation it would go something like this?

During my experience over the years working with teens and their parents, both have expressed they do not feel heard. Pile uncomfortable and controversial topics like sex, drugs and depression on top of the generation gap that sometimes seems to be divided by light-years and bad hair styles, and you’ve got yourself a case of talk-to-the-hand. (Is that still cool to say?) But when it comes to topics involving risky behaviors—topics that are more critical than the discussion around the unhealthy amount of hours your teen is Netflix binging— it’s important to figure out why your teen is not listening to you. A deaf ear could cost their life. The primary causes of death in three out of every four teens are due to their risky behaviors—texting and driving, drinking alcohol, suicide, the list goes on.

No matter the topic, you don’t need a degree in communications to know that parents and teens spend more time talking at each other then with each other.

The "do-it-because-I-said-so" approach doesn't work. As a nurse practitioner, researcher and parent of two wonderful young adults who have recently surpassed their teen years, I know a thing or two about supporting teens through their extreme ups and downs, and communicating with them in a way that encourages listening and behavior change.

Your teen is not listening because you’re not asking permission.

When you start lecturing about the situation that happened after school or your concern with your son or daughter’s curiosity in trying alcohol without giving a heads up, you’re going to catch your teen off guard. In other words, their frustration is going to be a huge roadblock to a productive conversation. Asking permission to have the discussion gives your teen a sense of control and a feeling of respect. When permission is asked and given, teens are more open to hearing what you are telling them. A couple of ways to ask permission:

“I would like to talk about the party you’re planning on going to tonight. When would be a good time?”

“I noticed you sent me a text last time you were driving to your friend’s house. Can we talk about ways that you can make sure you’re not distracted by your phone when driving?”

Huh? It’s hard not to jump in and tell your teen what you think. Remember, it takes two to tango. Let your teen do most of the talking and practice listening intently with no distractions. Use reflective statements to help your teen feel like they are being heard.

“You seem very sad and not yourself lately. I’m worried about you and want to better understand what you’re going through.”

The proper use of reflections can elicit more information sharing from your teen. At a basic level, reflecting involves actively listening to what your teen is sharing with you and stating back to them what you heard them say then adding to that reflective statement an emphasis, additional meaning, or continuation of their thought.

“School work is getting harder, you are spending a lot of time at soccer practice, and you are getting into arguments with your friends over little things. This is causing you to feel sad and you want to figure out a way to manage everything so that you start feeling better.”

A key component of reflections is that you allow silence following your reflective statement. This gives time for your teen to process what you just said and to respond.

Your teen is not listening because you are both angry.

It is easy for tempers to flair when talking with your teen. If you’re getting into a lot of arguments, start the next conversation by setting ground rules:

“Our last conversation turned into an argument and I don’t want that to happen again. When we are disagreeing about something, I would like us to take turns sharing our thoughts one at a time. When one person is talking, the other person listens. That way we are not trying to talk over each other or to talk louder than the other person and we both feel respected.”

Having a strong relationship with your teen is one of the biggest positive influencers on their behavior. Mastering communication strategies that ensure you’re heard (and you’re hearing your teen) isn’t easy! More strategies are included in my newly released book, Teen Speak: A how-to guide for real talks with teens about sex, drugs and other risky behaviors. 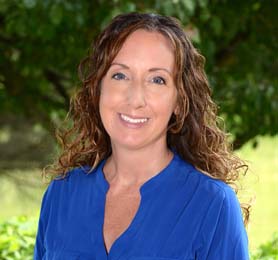 Jennifer Salerno is author of Teen Speak, a how-to guide for real talks with teens about sex drugs and other risky behaviors, and founder and president of Possibilities for Change.

7 Signs That Your Teen May Be in Trouble
Mental Illness and Your Teen: 4 Scary but Necessary Questions
How "Likes" Effect Our Kids Brains
advertisement

7 Signs That Your Teen May Be in Trouble
Mental Illness and Your Teen: 4 Scary but Necessary Questions
How "Likes" Effect Our Kids Brains