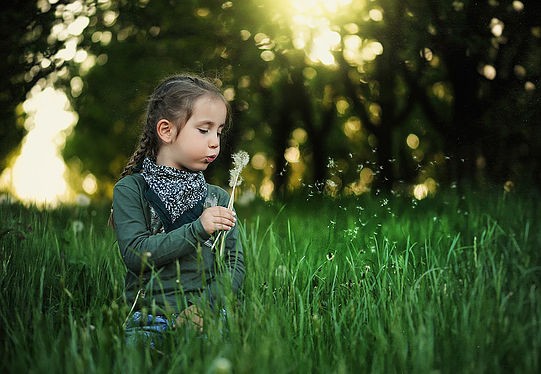 Throughout my step-parenting journey, I’ve faced road blocks, bad attitudes, careless words, and just plain old ignorance. Perhaps not so surprisingly, much of this negativity came from other adults ― not my stepchild.

Due to my experiences, I’ve come to an interesting realization in regards to how we as a society perceive the step-parent role in a child’s life.

As I started off in my role as a stepmom, I would hear people say, “You can’t possibly love step-kids as your own. It’s not the same.”

In the beginning of my stepmom adventure, I would say I agreed with that statement.

I figured it was a logical deduction considering a stepchild isn’t biologically your own. I also knew that depending on personality types or the age a child was when you entered the picture as a stepparent, the bond could potentially take years to solidify.

At the start of my journey, I felt all the common things a custodial stepmother who was carrying a huge brunt of the parenting load might feel. There was resentment. There was bitterness. Many times I got absolutely no credit for doing everything a mother would do.

I'll admit that I often seethed in silence.

Nonetheless, I kept my head up and continued doing what I felt was best for my stepchild such as being supportive of both biological parents and giving as much love as I could ― even when it wasn’t always acknowledged.

I lived through embarrassing scenarios over the first few years of being a stepmom, such as frequently being mistaken for my stepchild’s mother while we were out and feeling like I needed to correct strangers out of respect for my stepchild's mother. I also had to hear the term “real mom” being thrown around during family events or social situations while I quietly swallowed my emotions.

Even if you’re fully accepting of the fact that you’re not the biological parent but you’re working incredibly hard and putting so much time in to help raise a child, words can still sting immensely.

What really matters is your personal relationship with your stepchild or stepchildren.

As tempting as it is to keep score and be competitive in the realm of co-parenting, you must realize that you own this step-parenting thing. Additionally, as time goes on you will probably find that this child ― your stepchild ― has taken up a permanent residence in your heart.

It might happen right away or it may take years of challenges to fully realize, but whatever your relationship is with your stepchild or stepchildren right now at this moment ― it is yours.

You must also know that as much as your stepchild or stepchildren may challenge and frustrate you ― they do also see you as theirs.

Your relationship with your stepchild is like nothing else. You share a bond together which probably came about (unless you were lucky) with an incredible amount of awkwardness, hardship, and hesitation. You can’t erase that kind of experience. It will stay with you and influence you forever. The same goes for the child or children you are step-parenting.

Sometimes the most challenging relationships in life are the ones that have the most meaning.

What really needs to change is the definition in your head of what it means to call a child your own.

If you’re helping to raise a child in this world you should know that you are making the kind of commitment that many people can’t or won’t.

You can call yourself whatever you like, whether it be a stepparent, bonus parent, or even just a parent. None of those labels change the core relationship built with a child who needs guidance and love.

After you’ve been a stepparent for a long amount of time, one day you’ll wake up and realize that at some point your stepchild or stepchildren became a part of your whole being.

Doing things for your stepchild or stepchildren will be like 2nd nature and your love will be unconditional for them. You won’t think twice about which parent does more or less because it won’t matter. All that will matter is the amazing journey you have been on with this child or children. And that’s when you really become a parent, biological or not. That's when the titles become meaningless.

And I know many stepparents out there don’t feel like this is possible because their personal situations are overwhelmingly difficult. But my point is that you own your role and you have the power to make a difference.

The acknowledgment you crave from your stepchild or stepchildren may not come right away or even for many years. You need to let that part go for now.

Realize that this journey is about a life-changing relationship with a child who needs you, not about where they came from or who they belong to. You are there to guide, teach, and support. You don’t have to be their mom or dad. You just need to be there.

A Girlfriend's Guide to Letting Go: Let Your Man Handle His Business!
A Q&A for the New Stepmom
The Most Valuable Stepmom Lessons I've Learned
advertisement

A Girlfriend's Guide to Letting Go: Let Your Man Handle His Business!
A Q&A for the New Stepmom
The Most Valuable Stepmom Lessons I've Learned