Why I Will Remain Standing for the National Anthem

Published by Lauri Walker on September 26, 2017 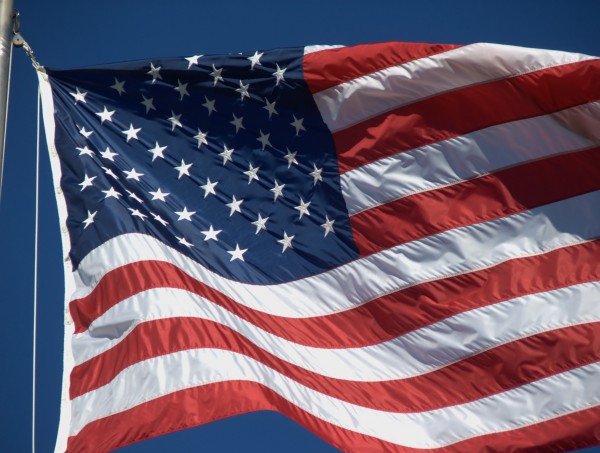 This is not a platform I use often to express my opinion on politics for many reasons. One, I don’t feel as though I am informed enough to debate a topic to the fullest extent that it deserves and, two, I never intended this blog to be about politics. I write here to talk about parenting topics, funny stuff, and the things that help us get through the day in our crazy lives. Today, however, I’m going to break my rule. I can because, well, it’s my page.

I do what I want.

I am a very proud American. I believe in everything our country stands for and I love my nation and her people. I feel both blessed and privileged to have been born here. I realize it is imperfect. I accept that the imperfections are wide ranged and that I, in my privileged life, do not often see the harsher of those realities in my own neighborhood on a day to day basis. Not seeing them does not make me blind to them, however. It does not make my heart hard to the struggle of those in other parts of our country. It does not mean I don’t care or want to do something about the needs of others.

Our focus, in the past several days, has been on the NFL and it’s players. Specifically their right to stand or take a knee, or even to remain in the locker room during the playing of the National Anthem prior to the games. There has been a ton of debate all over social media, some of it very heated. People are passionate about their love for our country and I’ve been right there with it.

Here’s my understanding. This started with one player, last season, sitting over racial injustice. He was counseled by another player that sitting was disrespectful to the flag, so he began taking a knee as the military will take a knee for fellow wounded service men and women out of respect. He’s taken a blow for this throughout the country and the NFL. (I’m not fond of this player or making a judgement either way, I’m just recounting events.) As we’ve moved on more and more of the NFL are protesting the state of events in our nation by taking a knee during the Anthem. They are not protesting the flag, but “speaking out” against social injustice. This week the President made the statement that the players should be fired for being disrespectful to the flag and now the understanding is that players and teams are protesting the President by staying in locker rooms during the Anthem. (I know this recap is very simplified. Stay with me here.)

As the daughter of a Vietnam veteran, I will stand.

I do not believe the President of the United States has a right to tell these players, or any American, how he or she can protest if the action is legal and non violent. The flag itself represents the right of every person to make themselves heard, by shout or in silence, on foot or knee, for the rights of the people.

As the daughter of a wounded Vietnam veteran, I will stand.

I will stand because my father and millions of other Americans stood for me.

I will stand because I am honored to show my respect to the flag that flies in representation of his sacrifice and the sacrifice of those who paid a price higher than his for my freedom.

I will stand for every mother whose son did not come home. For every daughter who does not know her father like I do.

I will stand for every soldier who served to protect the right of the man or woman who chooses to kneel.

I respect their point of view. I’m not saying they are wrong. I understand their perspective. I just cannot look my dad in the eye, knowing what he saw, what he gave up, and take a knee to the flag and the Anthem he gave so much to protect.

It isn’t the material waving in the wind or the music on the sound system he was fighting for. He served for my right to stand free in this country and I will not take that for granted.

Lauri is a Mama of four, thrives on a deadline, and LOVES her caffeine. Her husband is her best friend and partner in crime. She loves to write about the crazy things her kids do. Hopefully, they won't hold it against her when they're all grown up!

Ban the anthem? No, Mark Cuban! I want my family to sing!
Why I'm Bringing My Son To The Women's March
What's next? Be the GOOD...
advertisement

Ban the anthem? No, Mark Cuban! I want my family to sing!
Why I'm Bringing My Son To The Women's March
What's next? Be the GOOD...