Why I Stopped Wearing My Wedding Ring

Published by Courtney Westlake on February 7, 2017

He pulled out a small box as our boat bobbed in the gentle waves of the setting sun. I was two months out of college, and he would be a senior that coming year. He told me how much he loved me, that he wanted to spend his life with me, and asked if I would be his wife.

He slipped a diamond ring on my finger – a white-gold band filled with small stones flanking a larger center diamond.

Fifteen months later, we said our vows before God and our families. A promise of commitment to each other and to our future children. And we put on new rings to symbolize that promise. 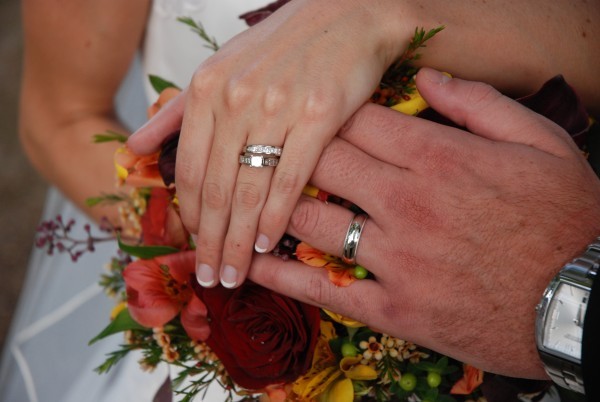 When our daughter Brenna was born four years later, I took off that wedding ring.

The first time was because my finger under the ring was irritated. After she was diagnosed unexpectedly at birth with a severe skin disorder, her health was extremely critical, and I probably washed my hands 30 times a day in an attempt to ward off bacteria and keep her as healthy as possible. The skin on my fingers was bothered by the constant cleaning and drying in the dry winter months, and I got a rash under my wedding ring.

I took it off one day for a while, and then the next. I would put it back on eventually, but my skin always fared better without the rubbing of the ring.

As she grew older, I began to wear my ring less and less. And then it came to the point where every time I would attempt to wear it, it would scratch her delicate skin – applying her lotion or buckling her into her carseat or lifting her up to the table to eat.

RELATED: From 'can't' to 'how can we?': Surpassing limits with our daughter's rare disorder

“Mommy take off your ring!” she would cry. “It hurts me!”

And so, for the most part, my wedding ring stayed in my jewelry box.

But on our nine-year anniversary, I got a surprise. Our son and our daughter walked into the hall carrying a small package, grinning with mischief and pleased to be in on a little secret.

“Thanks for marrying Daddy!” they exclaimed just as they’d evidently practiced.

Inside the package was a new ring. Plain and tiny, no sharp-edged diamonds to scratch sensitive skin.

I placed that simple white gold band around my ring finger where diamonds used to be, nine years prior.

And truthfully, I’m even more elated with the band than I was with my diamond proposal on the sunset boat ride with the boy who took my breath away. Because that delicate circle is a much more accurate way to describe what our marriage has looked like: not fancy, but solid. Unending. Always 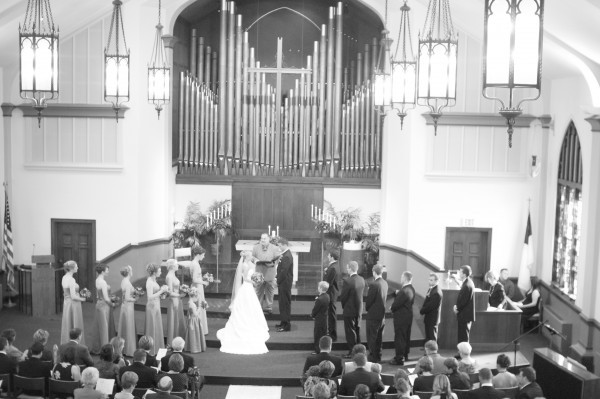 Over the years of marriage, the excitement over diamonds will fade.

The excitement over the details of your wedding day – the lace of the dress, the placement of flowers, even the hashtag you debated for social media – will eventually morph into lovely memories that make you smile together as you remember seeing his happy tears at the end of the aisle and the way it felt to dance with her for the first time as your wife and what joy you had as you celebrated with all of your loved ones, especially those who are no longer here today.

And the excitement about your marriage? That takes work. Every single day.

It’s only been nine years, but we’ve found that marriage takes a lot of willingness – willingness from both people to listen, to forgive, to trust, to give the best of yourself even when you don’t want to, to assume the best instead of the worst about the other person. It’s hard. But small choices in every moment have a ripple effect of the marriage you are cultivating – the tone in your voice when you respond to a question, the ability to forgive when he’s late from work again, being willing to apologize when you should, communicating with the other when you make a large household purchase. And we’re finding that you can use the difficult seasons to learn from and to bond you closer, instead of driving you apart, if you choose to.

So today, I don’t wear my diamond wedding ring anymore.

Now I am honored to wear a new band that is much more appropriate for our life and marriage… and I wear it with even more excitement, even more commitment than I could have imagined when I said yes as that first diamond was slipped on my finger 11 years ago.

I took off my wedding ring 2 weeks ago
Wedding Ring Envy: Does Size Matter?
Wedding Bands