Why Do I Care More? Conflict with my kids sometimes means I need to listen, rather than the other way around. 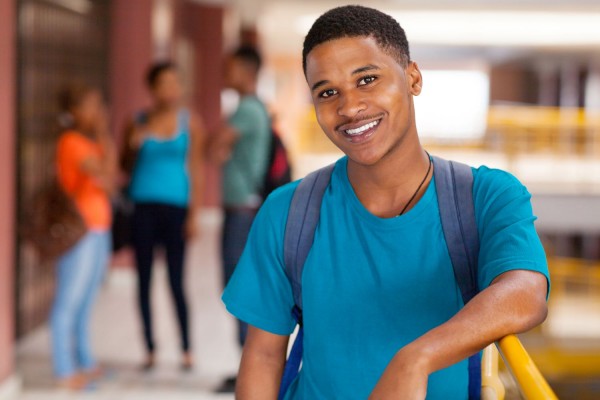 I had a conversation with a friend recently about her adolescent. Instead of studying for the upcoming chemistry exam that he had, the teenager was watching sports, riding his bike, doing anything but studying for the exam. The reason she called me, she said, was that she needed someone to tell her to back off and let him fail the test. Let him have the consequence of failing so that he could learn what he needed to do to pass the next exam. This friend called me to vent and maybe for some advice, but she ended up saying something that I needed to hear, too.

“Why do I care more than he does?”

Sometimes you have children who push themselves, are self-motivated, seek out challenges for their own personal growth. Sometimes you have kids who will contact a teacher when they don’t understand something. Look for extra credit. Find their own volunteer activities. Seek ways to contribute to the community. Sign up for all the advanced classes on their own.

Sometimes, on the other hand, it is I who have been pushing my kids ahead of the curve. How about playing this sport? Maybe you’d like piano lessons? Perhaps you should take this advanced class? Call this person for a hang-out?

I wanted my daughter to consider going to the local performing arts high school here in Houston (where Beyonce went, by the way). She auditioned and was accepted in the vocal department, but still told me she wanted to attend the public zoned high school. I had her make a pros and cons list. Finally, I threw up my hands and let her make the choice. Why did I care more than she did?

I wanted my son to take an advanced math class. I pushed him to do it. I just knew once he started learning the material, he would love it. He has shown aptitude in math since he was doing multiplication at age 4. I nagged him and drove him crazy. We fought over it. I was stressed and making him stressed. But after my friend said “why do I care more than he does?” I let him drop the class and take it next year.

In both of these situations, as soon as I listened to my kids and quit caring more than they did, the energy changed. The intense discussions stopped. My nagging faded away. They relaxed, and we were able to move past the conflict. My daughter has thrived in her high school and knew what was best for her. My son has thrived in his classwork.

I am trying to raise my children to be independent thinkers, so at some point, I have to put down my agenda and listen to what they want for themselves. While I push my mom-agenda on them, I also need to stop and consider: sometimes I care more, but sometimes they might care more than I do, too.

When I’m constantly feeling agitated about a decision I have made for them, when it’s not going well or they seem off-kilter, well, I need to listen to them. Perhaps they care more than I do for a reason. Perhaps they are right.

When your kids are young, you get to decide what school they go to, what activities they do, even what friends they hang out with. But as your kids get older, you have to trust your own parenting. You have to believe in your investment over 10 or 13 or 16 years of healthy prodding and thoughtful guidance. With the foundation you have given them, you learn your kids are generally capable of making some pretty good decisions as well. As the parent, there are times to push them. And there are times to back off.

Part of the conflict of adolescence is that the child is becoming who they want to be and not who you want them to be. And it’s important to let that process happen. My youngest is a 5th grader. The days of my orchestrating their lives are fading into the distance. But I believe in them, and I want them to believe in themselves. So I will keep my friend’s words in my thought-bank and pull them out when I need them. “Why do I care more than he does?” is a mantra to keep.

The Challenge of Going Back To School
How A Push Turned Into A Drag: 6 Tips From Rachael Putney To Help Prevent You And Your Child On The...
Mr. Mom is my Husband
advertisement

The Challenge of Going Back To School
How A Push Turned Into A Drag: 6 Tips From Rachael Putney To Help Prevent You And Your Child On The...
Mr. Mom is my Husband