Why All Girls Need to Read 'A Wrinkle In Time'

Editor's note: This post contains (fun!) spoilers about "A Wrinkle in Time"! If you're already familiar with the story, ENJOY!

... and so began the weird, macabre, riveting little book that cracked my brain wide open when I was just 9 years old.

As a girl, I was unattractive and nerdy before it was cool to be a nerd. Books were my escape and solace. But it was not until the age of 9, when I stumbled upon "A Wrinkle in Time," that I felt my soul resonating in complete synchronicity with a character in a book. The experience was so powerful, so reassuring, so gratifying that it turned me into an avid reader for life.

Meg Murry, the improbable heroine of “A Wrinkle In Time,” is unseen in a family of brothers. She is an unpopular misfit with wildly curly hair and glasses, too smart to fit in with her contemporaries.

I WAS MEG MURRY.

At 9, I found my literary Doppelganger. Is there any experience more profound in life or literature?

Meg Murry has been empowering girls for more than 50 years. She was one of the very first female protagonists of a science fiction book. She is unapologetically smart and outspoken. She made it acceptable, even desirable, to be nerdy. She’s an ugly duckling, but there is no transformation to swan. Nor is there a Prince Charming. Meg Murry is the hero of her own story.

If you have a daughter, please — go out and buy this book for her. Right NOW.

Meg Murray is a misfit, but she’s no shrinking violet. She's angry, impatient and difficult. She sasses the principal, gets into fights, and says what she thinks. But no one tells her to behave in a more “ladylike” fashion. In fact, Meg learns that her greatest fault, her stubbornness, is actually her strength. It is her huge stubbornness that ultimately saves the day.

Have you ordered the book for your daughter yet? GO! You can finish this article after you’re done!

The story follows the intergalactic exploits of Meg and her beloved 5-year-old prodigy of a brother, Charles Wallace. Their father, a physicist, has been missing from home for a year, whereabouts unknown.

Meg's father is not lost — he is imprisoned by IT, a shadow stretching over the entire universe that is also starting to creep over Earth. To release him, Meg, her brother, and their friend Calvin must travel to Camazotz, via a “tesseract,” or wrinkle in time. Camazotz is rule by IT, a disembodied, pulsating brain that insists on conformity.

As a child, I shuddered at the dystopian Camazozt, with its relentless sameness. Each house, each front yard, each child, is identical. In the most chilling scene, the children are all jumping rope and bouncing red balls to the exact same rhythm.

Today, I still find that kind of conformity unnerving. I've spent my entire life bouncing against the pulsing red rhythm of societal pressure.

Meg, Charles Wallace and their friend Calvin soon find themselves swept up in an epic galactic-scale battle against IT. IT has already ensnared their father, and Charles Wallace also becomes imprisoned and brainwashed by IT. Meg is completely despondent. She has been her beloved brother’s protector his entire life, and now she has failed.

At the eleventh hour, Meg is told that she has something IT doesn't have; her only weapon to fight IT — but she must discover it herself. She is terrified and desperate. And at the very last moment, just when all hope is lost, (spoiler alert), Meg finds out that LOVE is the victorious weapon.

Meg uses the power of love to save her brother from the evil clutches of IT. She stands before her brainwashed brother and fiercely loves him, tears streaming down her face:

She doesn't stop until he breaks loose and runs into her arms. They hold each other, sobbing, professing their love for one another.

Long before we had Katniss Everdeen, we had Meg Murry — the ultimate bad ass girl hero. She saves the day not despite her defiance and stubbornness, but because of them. All girls need to understand that they can be the heroes, and that their uniqueness is their strength. Meg Murry made it OK for me to be the awkward nerd; to be smart instead of pretty, because like Meg Murry, I was destined to be the hero of my own story.

Today, as a financially independent single mom, I SO am.

"A Wrinkle in Time" has been relevant for over 50 years because it's a masterfully written book that describes the timeless conflict between good and evil. It's a mashup of science fiction and archetypal story telling with the best moral of all — that love WINS.

Last night, my son reread the ending pages out loud to me. He loves the scene in which Meg saves Charles Wallace. As I child, I wept when I read that scene. Even today, I can't hear it without welling up.

I needed to hear it. We ALL do. We are living in a time when we need unconditional love more than ever. In the face of despair, it’s easy to forget that unconditional love has the power to transform even what appears to be the most hopeless situation.

I learned that at 9.

I just needed to be reminded of it. 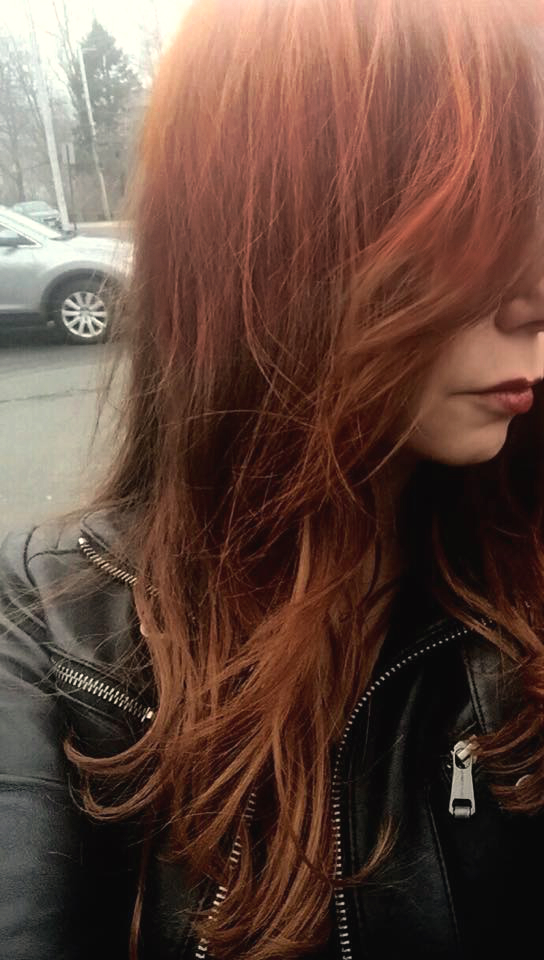 Samara Rose was recently named the “Russell Brand of Blogging” by herself, in a caffeinated delirium. She keeps it real at her no-holds barred blog, A Buick in the Land of Lexus. A native New Yorker, she currently resides in New Jersey with her son Little Dude, the coolest 14-year-old on the planet. She was told she had the right to remain silent – but she declined.

Dragon Eyes - A story of compassion, peace and love
The Aspect of Mothering I Got Right...Most Days
How to Get Your Wild 3-year Old to Sit and Read With You
advertisement

Dragon Eyes - A story of compassion, peace and love
The Aspect of Mothering I Got Right...Most Days
How to Get Your Wild 3-year Old to Sit and Read With You