A Widow Asks: Where's My Village?

“We can help broken families like yours.” I recall, with an eerie clarity, the moment I heard those words, and how I instantly recoiled from them. My spine stiffened, and sharp anger rose in my chest. How dare a stranger call my family broken. Before words of defense could spew from my mouth, I was hit with the sudden realization that the description was apt. In one horrifying moment nearly five years ago, I’d become a part of a statistical anomaly, that of a single parent household.

According to the U.S. Census Bureau, one out of four children under the age of 18 is being raised without a father. Statistics from the Social Security Administration reveals that 1.9 million youngsters under the age of 18 have lost one, or both parents. Nearly half of single parent households live below the poverty line. Children from single parent homes tend to have lower grade point averages, fewer aspirations for college, and are more likely to drop out of school or become teen mothers. Negative effects even follow them into adulthood with higher rates of divorce. Delving deeper into the statistics is even more disturbing. Though few studies have looked specifically at the ramifications in relation to a death of a parent, those that did found that parental loss has a severe impact on a child.

These daunting statistics are just a few of the worries I’ve faced in this lone parenting gig. I’ve discovered there is no “village” eagerly waiting to assist me in raising my children, no male figures, outside of my sons, seeking to be a role model in our messy life. For good reason; most of the men I know are working hard to support their own families, their free time at a premium.

One summer day after my husband died, I sat on my deck and watched two missionaries from the Mormon church play catch with the children of the single mom who lived behind us. I yearned for that kind of hands-on support from my own church. Pushing a shopping cart in Target that August, I rounded a corner and came upon a group of men in uniform, accompanied by children and their mothers. They were filling carts full of backpacks, school supplies and clothing.

“Isn’t it nice?” a woman next to me commented. “Every year the policemen take children without fathers school shopping.”

I abruptly turned, hurrying away with tears stinging my eyes. Where were my policemen?

Never mind that my daughters wouldn’t have wanted Mormon missionaries or policemen to single them out for attention. They got upset if I even mentioned their dad’s death in public. Now in their teens, my two youngest are more independent, but my youngest was eight years old when her dad died. She’d often played catch with him in the back yard, loved going shopping with him. She’d followed him around the yard as he planted flowers or used his pocket knife to dig up thistles. They rode bikes together, ending up at a park where he’d push her on the swings. He brought home bags of animal cookies they’d dip into cups of milky hot tea together, laughing over the decision of whether to eat them head or feet first. She lost more than a Daddy that day in March 2012; she’d lost her best friend. Nothing I, a Mormon missionary, a policeman, or anybody else could do, would make up for that. Still, the occasional offer from someone to take my girls camping, hiking, or to the park, meant the world to me, but those offers stopped coming after a year or two.

So, where is that help the Bible admonishes the world to heap upon widows and orphans? In a larger town, there might be a single parent organization to offer support. The solution for my broken family, according to that youth leader who offered help, was for my girls to join a group that consisted of other children from broken families, an opportunity neither of my daughters wanted, and I wasn’t about to force upon them.

His comment did make me consider just how many broken people there are in this world. We are not alone. Perhaps we’re all broken in some way; as the result of death, divorce, poverty, abuse, loneliness, extreme loss, or chronic illness. Few people escape this world unscathed by the ravages of life.

Statistics aside, not all children from single-parent households are irrevocably damaged. Supreme Court Justice Sonia Sotomayor was nine when her father died. Twelve of our Presidents, including Bill Clinton and Barack Obama, lost their fathers when they were young. John Lennon grew up without a father and lost his mother when he was just seventeen. Actor Orlando Bloom’s father died when he was four years old, and famed actress Julia Roberts lost her father when she was ten. The loss of a parent does not predetermine a tragic destiny.

Nor are the ramifications of being broken all negative. My brokenness changed me. Unlike my previous reticent self, I now seek human connections. Transparent brokenness has served me well in reaching others through public speaking. By allowing others to minister to me, I’ve learned what a gift the ministry of presence is, to just be there in another’s pain. It’s a lesson I wouldn’t have learned without the experience of loss, a lesson that has motivated me to pursue certification in grief counseling.

In the years since my husband’s death, I’ve managed to cobble together a somewhat motley crew of support in friends and family members who are privy to the stirrings of my soul, mentors I can seek for the advice I used to count on from my husband, and a Bible study group that has become like family. My hope, of course, is that the refuge I’ve found in this village of my own making somehow encompasses my children too. 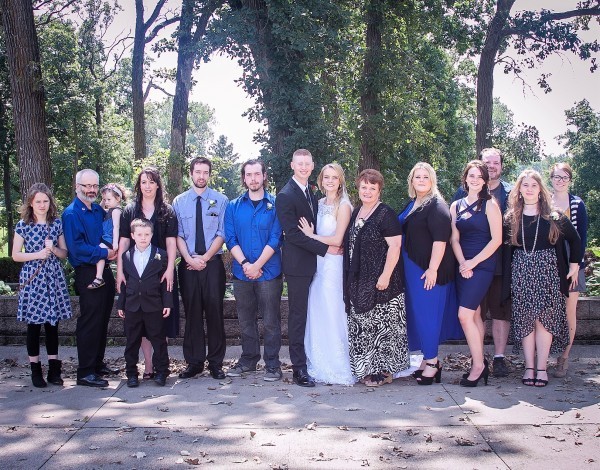 The author with her eight children, two son-in-laws, one daughter-in-law, and three of her four grandchildren. Grandson Jacob lives in Heaven with his Grandpa David. Mary is the author of "Refined By Fire: A Journey of Grief and Grace," Familius, 2015. 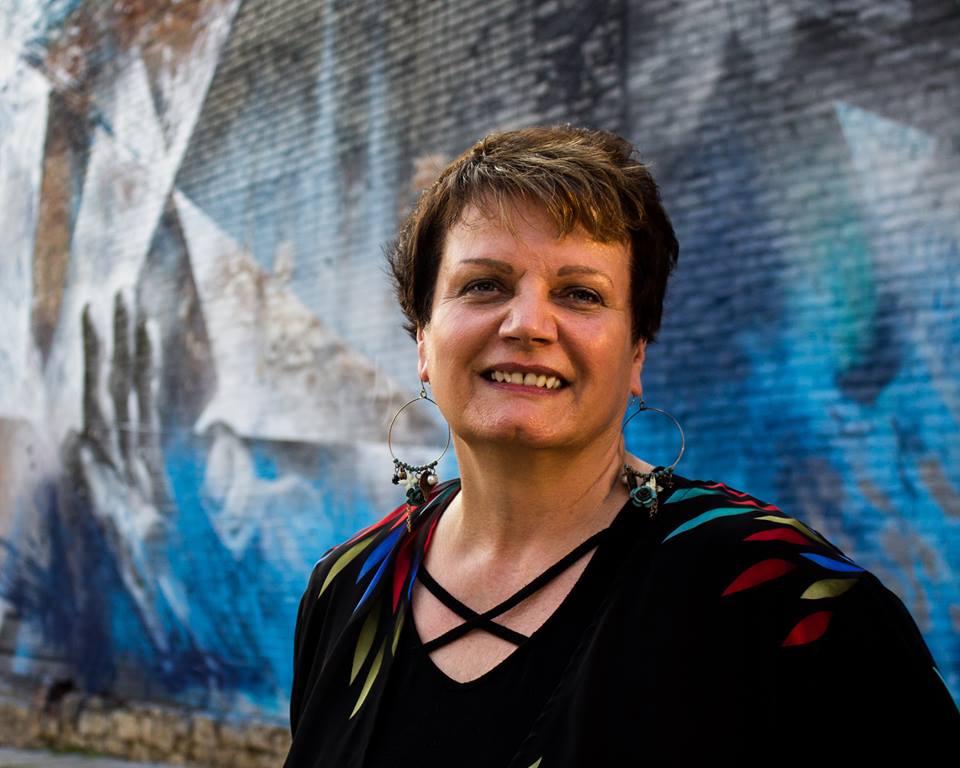 Mary Potter Kenyon graduated from the University of Northern Iowa and is a certified grief counselor. She works as program coordinator at Shalom Spirituality Center in Dubuque, Iowa. Mary is a widely published author in magazines, newspapers, and anthologies, and the author of seven books, including the award-winning "Refined By Fire: A Journey of Grief and Grace," and "Called to Be Creative: A Guide to Reigniting Your Creativity" in 2020.

What 'This Is Us' Means to My Family
What Do Mormons Believe about Heaven?
Our view of grief after losing our firstborn baby
advertisement

What 'This Is Us' Means to My Family
What Do Mormons Believe about Heaven?
Our view of grief after losing our firstborn baby