When our strong-wild children do the right thing, it's more meaningful, because it's from their hearts

Published by Danielle Sherman-Lazar on December 15, 2020 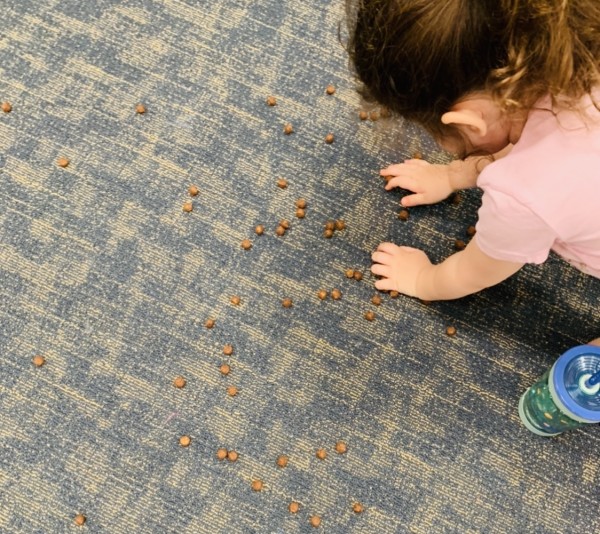 I woke up with strep throat the other day.

And I woke up feeling like I got hit by a dumpster truck.

After a full-on panic attack, a trip to urgent care, a negative rapid covid test, and a positive strep test (it was a busy morning!), I met my kids and husband downstairs in the playroom with a mask on to avoid infecting them.

"Why are you wearing a mask inside, mom?" My eldest asked as she ran to hug me.

"Mommy's sick, baby. It's to protect you and your sisters from getting sick, too."

And for the rest of the day, my strong-willed child only wanted to take care of me.

"Don't move mom, I need to make sure you're okay."

She took her toy medical kit out, pulled out a stethoscope to check my heart, and then gave me shots with her plastic syringe.

She then made me food in her toy kitchen and catered to me, insisting I rest.

With our strong-willed children, we get nervous.

She's the pony-tailed little girl throwing a tantrum on the grocery store floor because you won't get her chocolate ice cream at 10 am.

He's the five-year-old who won't stop chasing his sister until you physically restrain him, even when you threaten everything down to his favorite toy.

Their defiance is exhausting.

They're so reckless. You can't help but worry.

They’re so disrespectful, it's infuriating and drives you to snap!

AND THEY NEVER EVER LISTEN.

And often, we confuse their spirit with being “bad” kids. But these instances serve as reminders that our strong-willed kids aren’t bad.

They just want to figure out things on their terms.

They go after what they want and don't get swayed by anything, not even our disapproval.

They want to choose and not be told.

But that made my daughter's choice of kindness more meaningful because I knew it was because she cared.

Because no one can make our strong-willed children do anything.

So, when they do the right and the kind thing, our mama hearts know it's because they wanted to.

And that makes it even better.

It's never a relief when my spirited kid isn't home
Parenting a Strong-willed Child Is Hard But Worth It
We Can't Give up on Our Strong-Willed Kids: They Are Listening
advertisement

It's never a relief when my spirited kid isn't home
Parenting a Strong-willed Child Is Hard But Worth It
We Can't Give up on Our Strong-Willed Kids: They Are Listening