What’s the Best School for My Child? 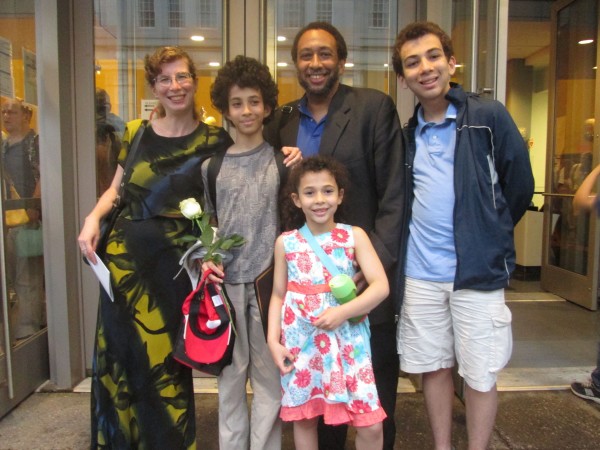 As a mother of three, author of the book, “Getting Into NYC Kindergarten,” and frequent workshop leader on precisely that subject, I am constantly asked, “What’s the best school?”

And I always answer, “The best school is the school that’s best for your child.”

It may sound pithy and glib, but it’s also the truth.

Because despite what the federal/state/local government would like you to believe, there is no such thing as One Size Fits All when it comes to education. (There is also no such thing as “all our schools are equally good, so it doesn’t matter which one we assign you to,” but that’s another story for another time.)

After 7 years in the admissions consulting (and 16 years in the Mom) business, I can guarantee you that, for any school you name, I’ve got a family who loved it beyond all reason – and one that couldn’t get out of there fast enough.

The fact is, different kids react well to different things. One child may flourish in the structure, clearly stated expectations, rigor and discipline of a traditional school environment, while another needs a progressive setting and the freedom to do his/her own thing at his/her own pace.

Some children are thrilled by the challenge of learning a second language and taking a majority of their classes in that language, while others completely shut down when forced into a dual language program and refuse to learn anything - even in English.

Some are invigorated by regular tests, class rankings, and opportunities to publicly show off what they’ve learned, while others crumble under the pressure and need a more nurturing, holistic assessment approach.

Be wary, however, of being swayed by other people’s opinions of a school and its policies, not to mention whether or not it would be a good fit for your particular child. Always go see for yourself. You might be pleasantly surprised.

For instance, while I had read about the benefits of single-sex education, I couldn’t imagine my sensitive, artistic, shy little boy thriving in what I presumed would be a competitive, macho, and sports-dominated environment. My husband, a teacher, however, insisted that we take a look, and I was stunned to discover that, in an all-boys’ school, it’s the creative boys who really reap the benefits. Because, in all-boys’ schools, art, music, drama and dance aren’t things “that only girls do.” They’re things that all the boys do, so there is no stigma to it. (In the 8th grade, my son brought the house down in a production of “Henry V” as Katherine – in a dress, wig, and tissue-stuffed bra, no less!)

And finally, remember that the school that’s best for your child might not be the one where they’re the happiest.

I’m the meanie mom who sent my history-loving/humanities-leaning/art-and-design-aspiring son to a math and science school, while I sent my math/science/computer geek boy to a school that emphasizes literature, grammar, geography and public speaking.

There is a method to my madness. My theory is that the subjects they’re passionate about, my kids will study on their own, and to a level greater than any school can provide (my oldest son just got a 5 on his AP Geography test without ever having taken the required course; my younger created his own website to teach kids computer programming when he couldn’t find anything that met his needs).

It’s the subjects that they’re not interested in that I want force-fed into them, and I want those subjects taught at the very highest level, so that if my kids only retain half of what they’ve been compelled to learn, it will still be a hell of a lot.

Would my kids have been happier in schools that focused on the subjects they consider more interesting, and (let's be clear what this is really about) “easier?” Probably.

I am a mom of 3 and NYT best-selling author currently in the process of destroying a 20 year career by writing my next book live on the web with real-time reader feedback.