Whatever your dream is, it will happen

Published by jthreeNMe on September 6, 2021 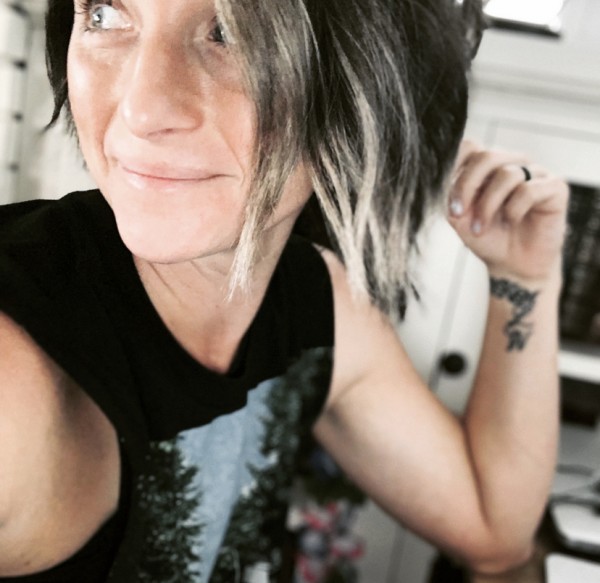 I wrote a book.

With a husband working from home and three kids homebound and e-learning.

The first time I went public about my intention to write a book was in a Twitter post on 4/29/21 that read:

"I'm writing my book. I'm four days in, got 24 pages written, words are flowing freely & I'm just really proud of myself. I'm saying' it outloud bc every1 should know it's not vain to b ur own cheerleader. I dare say it's pretty freakin' brave & something we should all do more of."

I tweeted again about my writing process on May 4th when I said,
"I'm trying to write a book & I have limited time with my own computer. Often, at night, I have to turn down couch snuggles with my youngest kid in the name of getting some pages wrote. It's not selfish & it's not mean & I'm sayin' it out loud so I believe it."

And on June 24th, 2021, less than eight weeks after I internally and publically vowed to produce a book, MUSINGS FOR MOM: inspiration, humor, and practical advice for the imperfect mom was published in paperback form.

In less than two months, I had gone from setting out to write a book to creating a tangible one. It blows my mind to think about that.

To think how it all came out of me so quickly, without much of a plan and that it's actually not garbage, and in fact, quite the opposite (if I do say so myself).

I've probably said, "I want to write a book one day" since I started blogging in 2016.

So while me creating content for and finalizing a published piece of work in less than 60 days is quite impressive, are you impressed by the fact that it took me FIVE YEARS to get moving on something I wanted to do?

That's not impressive at all, upon hearing that, right?

That my lazy arse had an idea -- a pipe dream at the time -- but that I did nothing about it for half a decade.

on its own damn time,

in the exact way it was supposed to.

"you miss every shot you don't take NOT EVERY SHOT YOU DON'T MAKE. read that again. then keep going."

Because "keep going" is all we ever need to do.

I've sold just under 60 copies of my book.

But I could have sold zero or not written one at all.

But if my research is correct, there are over 40 million books listed for sale on the popular site, and mine could not be there at all or ranked # 40 mil, BUT ITS NOT.

And this past Monday, I received a rejection letter from a wholesale distributor whose buying staff decided my book would not "be added to the book assortment." But had I not ever sent them the book to consider, they would have never known about it, and now that they do, they will donate their copy to Books for Troops or a local charity and someone else (hopefully someone who needs to hear something I've said) will.

Listen, I share all these anecdotes with you to motivate and inspire you to be proud as hell of who you are, who you're itching to be, and what it is you dream of doing with your life while very much encouraging you to accept

AS YOU ARE RIGHT NOW.

Maybe that dream boat of yours isn't in port yet.

The boat may even still be in production.

Or, heck, perhaps the boat's plans haven't even been drawn up.

The point is, whatever your dream is, it will happen.

It might not happen when you want or how you want.

It might come to fruition only to die out a few days later.

Or, like me, you might come to find that 1,402,925 people do or create something better than you.

BUT THEY ARE NOT BETTER THAN YOU.

Because none of that matters.

What matters is that you know that YOU MATTER regardless.

And, damn, it matters that you're happy! AND that you know you have every dang right to feel satisfied with yourself WHETHER OR NOT your efforts have yet to give rise to a visible product of all your energy and hard work.

Simply being a good person in a world wrought with numerous not-so-good people, it's a good enough dream.

You don't have to run a company.

You don't have to be a doctor or a lawyer.

You don't have to be famous or make lots of money.

You don't have to be a chump-change-making author to write a book that may change just one person's life.

You just have to be you.

a human with innate yet humble worth,

a will to never give up,

and a willingness to accept your life as it unfolds,

not focusing on what isn't,

but lasering in on,

and being proud of all that that you are

…'cause you're a lot

…and your lot, it’s truly beautiful.

STOP downplaying your efforts & achievements
Follow Their Heart and Yours Too
Where Do I Begin?
advertisement

STOP downplaying your efforts & achievements
Follow Their Heart and Yours Too
Where Do I Begin?