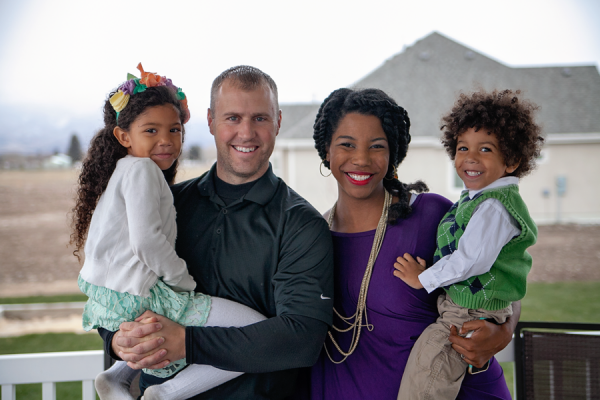 Hey, girls! No, hi, I'm over here -- that woman who looks nice enough, if frazzled and distracted, but as if she wouldn't have anything to contribute to whatever super-important boyfriend-related thing you're talking about right now. I'm the lady on the train, or behind you in line at the Starbucks, who is struggling with a gym bag, an oversize purse with unpaid bills popping out, and an Elmo plush toy, with unidentifiable white crud on her coat.

I'm attractive enough, but I look as if I could use a good night's sleep and an eyebrow wax. That would be if you thought to look, of course, which you wouldn't, because really, why would you? When I was your age (what an old person thing to say!) I wouldn't have, either. No hard feelings. When I was you -- a young and fabulous center-stage type -- I swathed my (thinner, pre-partum) body in a DVF wrap dress, tossed a toothbrush and a clean pair of undies (never knew if I'd be at his place or mine) in my designer handbag, threw back some coffee and went off to work. Wherever I woke up, I'd twist up my sex-mussed hair, splash some water on my face, dab on some lipstick and do it all over again. I never imagined what being 40 would feel like, because it never occurred to me that I'd ever be 40.

I didn't think I wouldn't be, mind you. It was just too boring to enter my brain, and it seemed like forever from now. That was me in my 20s. Now I'm 53 and somebody's mother. Weird, huh? I don't exactly know how it happened, either, except that I was living my life and rocking my career and falling in love and having a great time of it -- oh, and I looked good -- and while I wasn't paying attention, I became (cue the soap opera realization music) middle-aged. I'm not a fan of that term, mainly because it implies that you have exactly as long left to live as you already have lived, and since none of us knows when we're going to die (go ahead -- imagine that your life is halfway over -- depressing, right?), I don't think about it that way.

Instead, I call myself a Formerly, because I'm Formerly what I was, but not quite sure yet what I am. I'm not young, but neither am I old. I'm an adult tween, caught in all the awkwardness that would imply. Imagine stepping in a wad of gum, picking your foot up to take a step and feeling a bit of pullback. That's how I feel much of the time. And there are a lot of me: I'm part of a legion of women who were recently shaken by the realization that they're no longer young, and are trying to figure out what comes next.

A lot of what we post about is the things we miss about being you. For me, it's mainly my looks. I look fine, but now that my once high-flying boobs have settled in, my face is creased with the strain of all the tremendously deep thoughts I've thought over the years and, well, let's just say my ass is not suited to those sweatpants you're all wearing with the writing on the backside. I used to feel being catcalled on the street was demeaning and threatening to my sense of self; now, I'm kind of jazzed on the rare occasions it occurs. Some of the other women miss being relatively free of obligations, having the energy to dance all night, and the idea that on any given day, anything could happen that could radically change our lives. When I'm feeling peeved at my husband or tired of the tedium of caring for kids, I particularly miss that last one.

But a midlife crisis? Nah. What I'm going through doesn't feel like a crisis. The penniless drummer ex-boyfriend showing up and crying at my window when I was 26 -- because he only realized he couldn't live without me when he had to live without me -- felt like much more of a crisis. I had a crisis a month back then, and I usually deflected the pain and craziness by working long hours, staying out all night with my friends, and finding a new penniless drummer to date. What I'm going through now is more of a subtle transition, and maybe that's why my state of affairs doesn't seem to be inspiring screenwriters.

Unless, of course, you count the cougar-crazed scribes on Courteney Cox's payroll -- that's one version of a woman having her midlife manic moment, but it's not mine, nor is it anyone's I know. Instead, the realization that I was a Formerly came in dribs and drabs. One day, someone called me "ma'am" in IKEA. If he hadn't been so sweet I would have hit him with the ALÄNG table lamp I was carrying. Then I started to feel like the latest trends (ones which I had worn in high school the first time around) looked like costumes on me, not clothes, and I realized I had to dial it down. The next thing I knew, I could actually have a coherent conversation about mortgage rates, and not completely glaze over.

Then I had children, and if anything will suck the hot right out of you, it's parenthood. All of these things, combined with the subtle changes in my looks -- and the way people treated me differently because of it -- added up to one thing: I'm not young anymore. But here's a secret truth that few people will ever tell you: It's actually kind of cool over here on the other side of young. In fact, the things I thought were essential to a happy life, now that they're gone, turn out not to have been so central after all.

Sure, I used to be hot -- not supermodel hot, by any stretch, but let in anywhere for free, men following me off of public transportation hot -- and now I'm, well, a perfectly nice-looking working mother of two in her 40s, which doesn't quite have the same ring to it. I used to be hit on left and right by people, 99 percent of whom I'd never consider kissing. It was wildly flattering, even as I pretended to be annoyed by it, but in the end, whoopdie sh**: Now the only people who want to kiss me are ones I actually know well enough to kiss. No, I can't rock skinny jeans or wear sky-high painful shoes that make it hard to walk in or stay out all night in, but the trade off is that I don't have to rock skinny jeans or wear shy-high painful shoes or stay out all night.

I get to have fun in the ways that I've learned over the years are fun for me -- hanging out with the wise and hilarious girlfriends I never have enough time for, eating amazing food without thinking (or worrying that) I'm fat, or just losing myself in a bookstore for hours, instead of generic club X or bar Y. Then I go home to people who love me, instead of to grumpy roommates who drink my soy milk without asking. I'm not putting down being your age -- not at all. Enjoy the hell out of it. I sure did, even as I was limping home in the stupid shoes, drunk and spinning with the potential of it all. It was an electrifying time, and I flirted with the third rail. Now things feel more consistently good, as opposed to the bi-polar extremes that add up to youthful fabulousness.

For all the things you lose when you hit midlife -- and there is definitely some stuff that sucks about it, those monkey lines on either side of your mouth chief among them -- there are waves of wonderful that you only find out about when you get here. I could tell you, say, what a rush it is knowing I'm good at my work, rather than working for that pat on the head or that promotion, as I used to. I could also tell you that your friendships -- intense though they can be now -- will become even more satisfying in a few years, because we need less, and so can appreciate what people have to offer, even if it's not perfect. I could tell you that while you will be further from the physical ideal (lemme guess -- you think you're fat, even though you're gorgeous) you will give less of a crap about it, and you will have better sex, to boot. You may know what you're doing in bed, and how to please your partner, but after years of practice, you know better how to please yourself.

It's less of a performance and more of an experience. I could tell you all that, but you probably wouldn't get it, because it's hard to fathom that you will ever not be in your 20s. I couldn't fathom it either, well into my 30s! If some 53-year-old lady had said any of the above to me, on the train or in line at the Starbucks, I probably would have thought she was insane. I would have nodded politely and thought to myself, Wow, getting older is weird -- glad I don't have to think about that now. And you don't. But when you do, think about this: You don't need to worry about a thing. 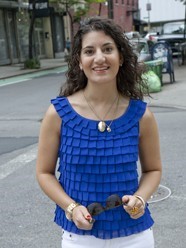 I am a writer and publicist working in New York.

Turning 40 is confusing
39 years later, I discovered myself—and how to be a better parent
How I Narrowly Averted My Midlife Crisis With My Teenage Daughter's Help
advertisement

Turning 40 is confusing
39 years later, I discovered myself—and how to be a better parent
How I Narrowly Averted My Midlife Crisis With My Teenage Daughter's Help