WHAT IT MEANS TO RAISE A GIRLY GIRL 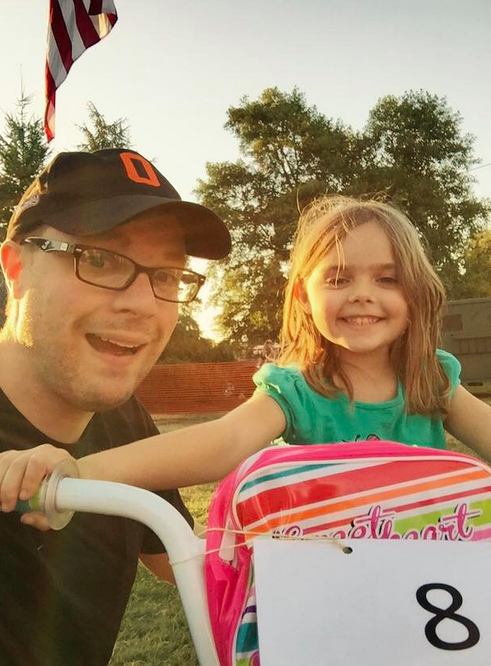 My oldest daughter, Norah, is 5 years old. Her favorite colors are pink and purple, and if you ask her what she wants to be when she grows up, it is a princess. It’s always a princess. All the Frozen stuff in her room makes me feel like I’m paying the mortgage on Elsa’s ice castle. She watches My Little Pony, Littlest Pet Shop, and Sophia the First. She tells me about how much she wants to marry a prince. She has never once mentioned a light saber. She will always pick a dress over pants and when picking out any outfit it has to be “Cute,” or make her look “Beautiful.”

She is a girly girl.

When I found out Mel was pregnant with a girl, I didn’t know just what that would mean for me. We already had a boy, Tristan. He isn’t particularly masculine or anything. He isn’t obsessed with blue or trucks or filth. He is just a boy, interested in video games. He reminds me a lot of myself as a boy. I wouldn’t consider myself particularly masculine, either. I never played any sports in high school. I’ve never shot an animal. What I’m saying is, Tristan made sense, and part of me hoped that Norah would be a little bit like him. A little more into Marvel characters or Star Wars because it would make more sense to me.

But Norah isn’t like that at all. We started to notice how girly she was around the age of four. Mel was the first to mention it. She said, “I tried to put Norah in a pair of pants today because all her dresses were dirty. But she threw a fit. She is just so… girly.”

I thought about it for a moment and said, “Come to think of it, I’ve noticed that, too.”

“I don’t know where she gets it,” Mel said. “I don’t even like wearing makeup, and I only wear dresses on Sundays… when I have too.”

We’ve had a lot of conversations like this about Norah being a girly girl. Most of them have boiled down to confusion. We don’t really get where she came from. But I think this is because we assumed that our children would be something like us. That they would enjoy the same things we did or do. Have the same passions and frustrations. But when I think about my parents, and how little I enjoy my mother’s passion for decorating, or my father’s fascination with old cars, I realize that was a really stupid assumption.

Eventually, we just let her be who she wanted to be. We stopped fighting her. She was almost five, then. And you know what happened. I started being more like her, rather than her being more like me.

I started watching My Little Pony. One day, on an early morning trip to work, I sang “Let It Go”… all to myself. I think the real turning point was last year, when I first let Norah paint my nails. She brought out a large bag of Piggy Paint, nail polish for kids that her grandma bought her for Christmas. Then she looked me in the eyes and said, “Daddy. Let me paint your nails so they will be pretty.”

I let out a breath. I thought about what that might look like… my nails panted. I thought about my friends at work, and the way they would look at me. Then I looked at Norah and her bubbly little smile. The thought of painting my nails made her thrilled. This is the power a little girl has over her father.

I took off my shoes, and sat down on the sofa. Norah went to work, and I felt a warm, soothing chill, as she painted my toes. It was a loving feeling. A feeling of spending time with my daughter. It was warmth that I’d never felt before having children.

And once she was done, and my toenails were pink and purple and baby blue, she started on my fingernails. She didn’t ask. And she knew that I didn’t want her to paint them. But she did it anyway, and I let her. I wanted her to be happy. I wanted her to be who she wanted to be. And honestly, I wanted this moment to last a little longer, even if it meant looking like a girl.

Once ALL my nails were painted, Norah looked up at me and said, “You look beautiful!”

I don’t think I’d ever had the desire to look beautiful before. I’d wanted to look handsome, or masculine… never beautiful. But in the eyes of my very wonderful five-year-old daughter, looking beautiful seemed okay.

I let out a breath. 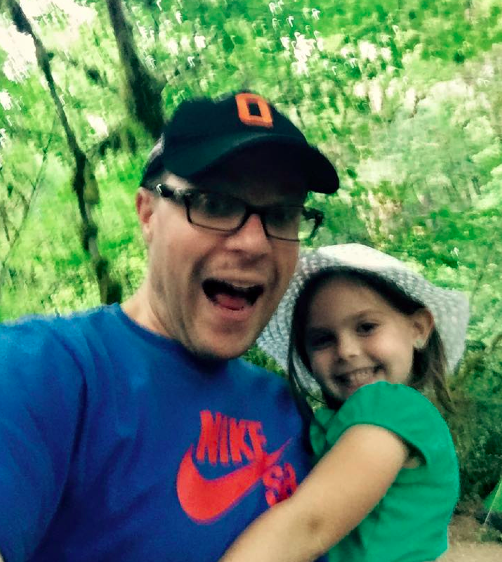 That time my daughter talked to a stranger
Using technology to motivate children
To my son with painted nails: You do you, little one
advertisement

That time my daughter talked to a stranger
Using technology to motivate children
To my son with painted nails: You do you, little one