Welcome to the Middle Ages

When our son entered his middle school years, I had a speech prepared. After all, it’s no secret middle school is tough. Classes become more difficult, kids experience all kinds of hormonal changes. They start exploring new friendships, escaping the safe little cocoon of the kids they’ve sucked down Capri Suns with at kiddie soccer, and they begin to dip their toe into the stage best known as the “push-pull” era.

After thinking about all of that, I decided it best to save my speech. Why not let our child have his own experience in middle school and create his own reality? Should I warn him how challenging the coming years could be, or should I let him find out for himself? Maybe for him it would be different. Maybe he’ll sail through adolescence with the wind behind him, pushing him steadily along instead of blowing against him as he strives for happiness and success. Maybe he won’t be like the 99% of us who would rather forget our middle school years. Besides, life for kids today is way more stressful than it was for those of us who grew up in the ‘70s, so why add to it?

So I saved my speech … until seventh grade. I noticed his soft-skinned little boy legs were turning into muscular teenage legs sprouting signs that adolescence was in full bloom. I noticed he and his friends starting to talk about girls, not much, but a little bit more. I noticed he needed to shower more often and he cared how his hair looked. I noticed he felt pain when his friends let him down and complete joy when he had a ball in his hand and there were six kids in our yard playing just about anything. I noticed that some of those friends were new faces while old familiar faces had discovered other paths. I noticed the grunting and the moodiness interfering with the boy who had starred in his elementary school musical. And, that’s when I gave him the speech I wished someone had given me. 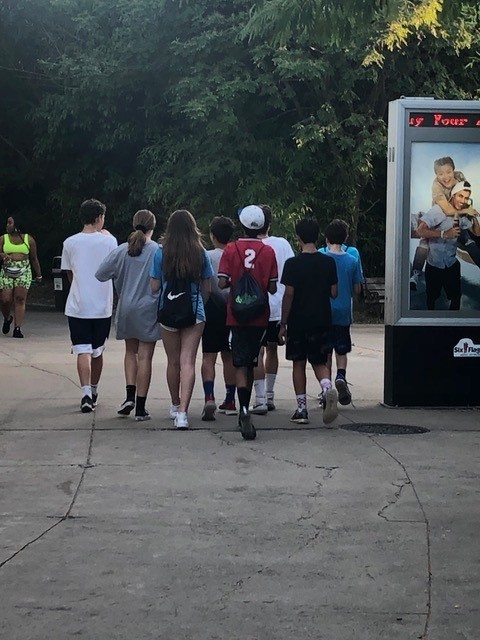 Preteens don’t often ask questions. They internalize. And that is especially true for boys. I have a village of about nine girlfriends. We all met through our children’s nursery school and have remained mostly intact for the past 12 years. A few years back while at a playdate, we noticed how the girls sat nicely, brushing their dolls’ hair and talking and talking and talking. The boys, on the other hand, were racing around the house in costumes banging into walls and crashing onto the floor, pretending to be superheroes.

You don’t have to have a Ph.D. to know the needs of boys and girls are very different. If boys got their periods, most parents would never know if it weren’t for inevitably finding un-discarded paraphernalia around their rooms. Boys can go from warm and cuddly to dark and stormy in the same night. They can sit with you at dinner and not utter a word and when the clock strikes midnight, they become non-stop chatterboxes. It was on one of those nights I went in for the kill.

As our son started to open up about friendships that thrived and those that had become disappointments, I figured the timing couldn’t be better. And that’s when I became the chatterbox. It went something like this:

Welcome to the worst years of your life. I didn’t want to tell you this because I wanted it to be different for you, but just in case, here are some things you should know.

First of all, no one ever says, “Oh, I wish I could go back to those good old middle school days!” If it’s good for you, that’s a plus! If you’re having moments where it sucks, you’re definitely not alone. There’s no more handholding from mom and dad, and your hormones are raging. That basically means you’re steering the ship in the middle of the ocean without a map in an all-out hurricane! You’ve got a lot going on that you’re not even aware of. The friends you start middle school with aren’t necessarily the ones you will leave middle school with. You’ll outgrow some of those kids and they’ll outgrow you. Your group will naturally seek each other out and those will be your “guys.”

School is harder and there’s more pressure but remember, if it doesn’t matter a year from now it doesn’t matter now, so don’t worry so much. It’s not about the A, it’s about the effort. You don’t need to be a scientist in life, you need to be what YOU want to be. You need live up to your own expectations, no one else’s. Life seems long but it’s short. Be true to yourself and what you want when you’re making decisions. Kathie Lee always says, “We’re all only one bad decision away from catastrophe.” Know that happiness counts for a lot. Friends will try and experiment with new things. A date might try and experiment with things. If it makes you feel uncomfortable, remove yourself. If you don’t want to remove yourself, don’t do something you don’t want to do because everyone else is.

At the end of your life, all your decisions should be YOUR decisions — no one else’s. Your experiences shape who you are and when you give up control of your experiences, you give a little bit of yourself away. And when all else fails, pretend you are your own son, because there is nothing you will love more than your child. You will want the best for him like dad and I want for you because we couldn’t love anything more than we love you.

I knew it was a lot at once. But I did get a huge toddler-sized hug at the end. And for a moment I was taken back to the little boy who yelled “Mommeee” through his tears after a getting a bee sting. Those tears don’t flow on the outside so much anymore, but they flow on the inside from time to time, I’m sure. I just want him, at 14, to know just like he knew when he was 6, that everything’s gonna be all right. 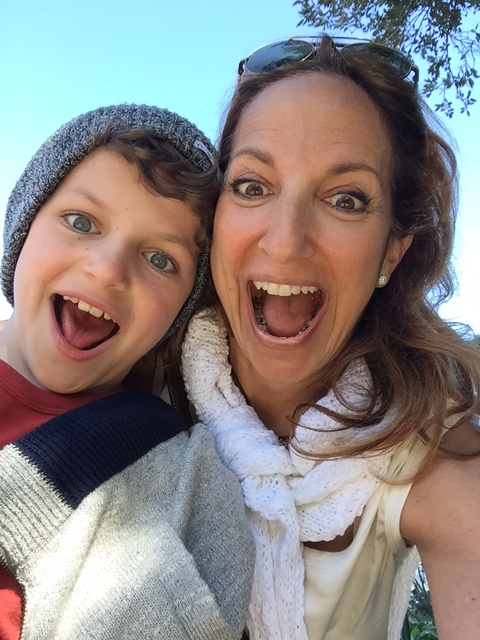 When Your 4th Grade Son is Called "Gay"
Not just Mean Girls- There are Mean Boys, Too.
Mean Boys Are Just As Bad
advertisement

When Your 4th Grade Son is Called "Gay"
Not just Mean Girls- There are Mean Boys, Too.
Mean Boys Are Just As Bad