Welcome to motherhood, where friendships go to die

Published by Britt LeBoeuf on February 18, 2019

When you become a parent so much of your life changes. Anyone that has children understands what a monumental impact becoming a parent has on your everyday life. It is all consuming from the very first time you hold your new baby. It’s hard to explain it to people that don’t have children or any concept of what it is like to have a tiny, living, breathing soul that is totally reliant on you to keep it alive. Like driving a car for the first time or losing your virginity, it’s one of those strange things in life that you just can’t grasp until you are in the thick of it.

Although motherhood changed me in so many ways, some amazing and some not, I think that the biggest impact it has had is on the friendships I had prior to becoming a mother.

I wasn’t prepared for the total isolation that can accompany the early days as a new parent. After everyone has seen the baby, they don’t stop by as much as they used to before his arrival. It turns out people don’t really love babies as much as the world tells us they do. There’s no offers to help, calls to check in, or free food left on your front porch while you are finally sleeping with your newborn in the recliner in the early morning hours. 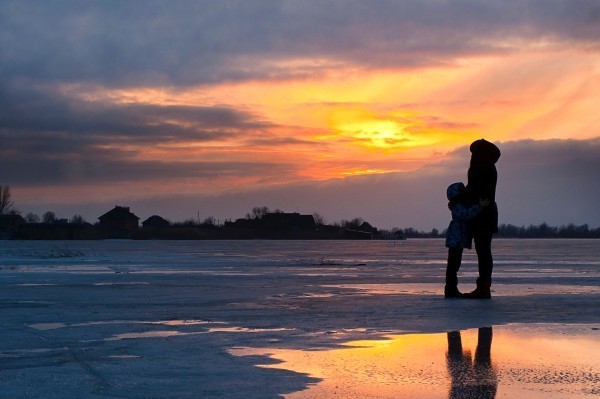 As it turns out most of your friends will forget about you. They will come visit you at the hospital to get their token new picture holding your baby and call themselves the child’s aunt or uncle on social media, but that’ll be the last time they’ll make any real effort to get to know your kid. The friends you had before you had your baby, the ones without kids, they will leave you in the dust.

Now, I don’t want to discredit the friends that have already walked the path of parenthood or the select few that actually care enough to stick it out with you through the early years of raising children. Those that have been there will certainly become your new best friends, as you now have the biggest thing in common that two adults can share a bond over. You may even get lucky and meet some new friends after you have your baby.

Everyone who has children has walked this path. There are countless articles that express the loneliness and loss of self that parenthood brings, but also ones that articulate the common theme of people that used to love us before we became parents only to forget that after we are.

Friendships are built on similar interests, fun times and a belief that two people can rely on each other through all of life’s hard stuff. Friendship is meeting another human in the most random of places whether it’s in the school yard, in the college dorm or at your new job, looking at them and saying, “I want that one!” It’s really quite funny how we meet a stranger and within a short amount of time they become like family to us. How crazy is that?

The funny thing about friendship though, is that unlike marriage, if one of you decides not to put the time in then it will die. Marriage doesn’t allow you the courtesy of walking away without some sort of repercussions. While, friendship doesn’t have any legally or spiritually binding obligations. If one friend wants out, they can just dip out the backdoor whenever they feel like it.

Of course the real recourse in doing this is a friendship that is like a house after a hurricane has come through. It’s an empty shell. There are walls still standing, pictures floating around in 3 feet of water and memories of a time that has come and gone. It happens slowly sometimes and fast other times. They end because of distance, differences in stages in life and disagreements over silly things.

The hardest pill to swallow is that parenthood is often to blame for the death of many friendships in people of childbearing age. It is probably the top reason why people lose touch, don’t make time and have their priorities shifted so dramatically and instantly to the point that personal relationships take a backseat because between caring for your kids, your spouse and yourself you just don’t have the time to meet up for coffee every week.

After the hurricane of early parenthood has passed and the flood waters have receded, you are left with something that needs to be torn down or rebuilt piece by piece. You really need to decide if it’s even worth rebuilding or if it’s time to just build something new where the old one once stood.

Originally shared on These Boys of Mine by Britt LeBoeuf

When Your Friends Don't Like Your Kids
5 Qualities To Look For In A Close Friend
Lessons Learned: Some friendships don’t last forever, and that doesn’t make them a waste
advertisement

When Your Friends Don't Like Your Kids
5 Qualities To Look For In A Close Friend
Lessons Learned: Some friendships don’t last forever, and that doesn’t make them a waste