We Don't Play With Our Vulvas At The Table 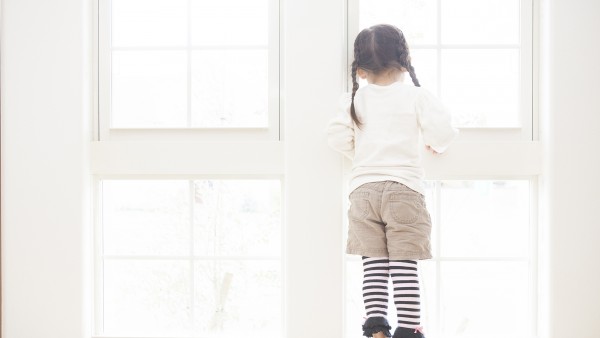 It happened yet again. As I was sitting at the table for dinner with my children, I noticed my daughter's hand fishing around under her skirt.

“We don’t play with our vulvas at the table. Go wash your hands and finish your food,” I scolded. She nodded, ran off, washed her hands, and resumed picking at her dinner.

Small children, they touch themselves. A lot. It’s fascinating to them. Small children have no sense of shame or disgust or fear of their bodies. A body is what it is. It does what it does. And everything that it does is kind of amazing, because they’re not old enough for lower back pain. It’s not sexual, it’s just… fact.

The first time I caught one of my kids playing with their genitals, I said nothing. I was momentarily paralyzed with indecision. One thing I knew for a fact I did not want to do was to shout, “No!” or “Stop!” What good could that possibly do? Sure, I would be spared the awkwardness of catching my child playing with her genitals on the living room floor, but what kind of lesson is that? To fear or ignore your own vagina?

I thought about it for two days, and of course she gave me a second chance to react.

“Sweetie, we don’t play with our vulvas in the living room,” I said. Which sounded ridiculous and strange, but nonetheless true. Why is everything with little kids “we” statements? “It’s okay to touch your vulva, but people are private, and it’s a private thing. The only places where you should touch your vulva are in the bathroom or in your bedroom. If you want to play with your vulva, please go to the bedroom.”

She smiled and did, without question, because compartmentalizing where you do perform activities makes sense to little kids.

“We don’t eat in the bathroom, and we don’t play with our vulvas in the living room,” became the new mantra. And yes, eventually it became, “We don’t touch our vulvas at the table.”

I’m what some people call “sex positive.” That doesn’t mean I talk with my 4-year-olds about how great sex is and how good it feels. It means I don’t pretend it’s something other than it is.

As parents, we lie all the time. About the Easter Bunny or Santa or the Tooth Fairy, about how long ten minutes is, about whether or not we remembered they wanted to have grilled cheese for dinner again, we lie a lot. But one thing I never lie about is sex.

I don’t want them to grow up ashamed of their bodies or confused about what they do. I don’t tell them about cabbage patches or storks, I make an effort, always, to be honest about human reproduction. Every aspect of it.

I’ve had conversations with other moms about having “the talk.” I don’t think my kids and I will have that particular talk, because they already know. And we talk about it often — kids are obsessive creatures. We read Where Did I Come From? and What Makes A Baby which together cover every aspect of the subject. We can talk about IVF and c-sections, because both of those are part of the story of their births, and we can talk about the fact that yes, mommy and daddy still have sex regardless of our plans for conception. And when they’re older, we’ll start talking about contraception.

Because lying to your kids about sex helps nobody. Telling them that sex is “only between mommies and daddies” is a lie that leads to confused, hormone charged teenagers. Telling them that sex is “only something that happens when two people love each other very much” is a lie that causes hormone charged teenagers to confuse “love” with “lust,” or “obsession.” It leads to leaps of logic like, “If I have sex with them, we must be in love.” Or worse — “If I love them, I have to have sex with them.” And how many teenage tragedies are based on that misconception?

The truth is human beings, almost universally, like sex. It feels good. I’s supposed to feel good. If it didn’t, the human race would die out. The truth is sex isn’t special and magical just because it’s sex. The truth is you can have spectacular sex with strangers whose names you don’t even know. The truth is that just because you can, it doesn’t necessarily mean you should.

And that’s what sex positive parenting really is. Not telling kids lies about sex to keep them from behaviors we don’t think are healthy. It’s telling them the truth, the whole truth, and letting it sink in so they can make their own good choices.

It’s telling them that sex is good, but it’s dangerous if you’re not careful. It’s teaching them to require their partners to use condoms, to buy their own condoms if they’re planning on having sex. It’s teaching them that while sex feels good, they can feel good on their own too. (Just not at the table.) That while sex combined with love is often the best sex — transcendent sex — that grows the bond of love and builds a closeness that is almost impossible to find otherwise, sex isn’t always like that- even with people you love. That sex can lead to pregnancy and disease, even with protection, so engaging in it is a commitment to deal with any consequences.

It’s telling them they’re not wrong, or sinful, or bad, if they have sexual feelings. Or even if they have sex. It’s teaching them that sex happens, whether people always make good choices or not. And it’s giving them the tools to ensure that when they’re ready, they’re smart and cautious and conscientious.

There’s a lot of black and white comparisons when it comes to sex ed. Some people think once kids hit puberty, if they don’t have a strong fear of sex they’ll have as much as they can, as often as they can. There’s a lot of abstinence-only sex ed, based on teaching kids, “SEX IS SCARY! DON’T DO IT!” and it’s about the least successful program anyone has ever invented. In states with abstinence-only sex ed, teen pregnancy rates go up and up and up.

Telling children the truth about sex isn’t giving permission for them to have it — and this is the most important part — because nobody has the right to deny them permission for sex but themselves.

And that’s the thing I try to keep in mind when I say things like, “We don’t touch our vulvas at the table.” Sex is something that ONLY happens when both people WANT it to happen. And that means that the only people in the entire world with any kind of say over whether or not my children have sex is them.

I never want to be responsible for setting the precedent that another person gets to tell them what to do with their bodies, and especially with their sexuality. I don’t want to be the gateway for a manipulative, potentially abusive boyfriend or girlfriend.

So I teach boundaries. Appropriate places. Hygiene. I teach my children that nobody is allowed to touch their bodies without permission. When we get in tickle fights and they say, “Stop!” I stop.

But I’m ready. Whenever that day comes, I’m prepared. Because the groundwork is there.

“We don’t touch our vulvas at the table.” It’s absurd, but it’s got all the important pieces. It’s a micro-lesson in safety and consent and social propriety. I don’t think I’ll be able to say, “We don’t lose our virginity in the back seat of a car after a Prom party,” with a straight face, but I will be able to say, “We don’t have sex without thinking long and hard about it first, and we certainly don’t do it without being careful, and being safe, and being totally confident in the maturity of our partner and our ability to handle the repercussions if we get a disease or get pregnant.”

Because that’s true. We don’t.

But I like that when that time comes, I’m part of the “we.” If I can tell my kids “we” have to be careful, they’ll know that no matter what happens, I’m in their corner. I’ve got their backs. Even if “we” make bad choices, I’ll still be there to help make things right again.

Lea Grover's work has been featured in many anthologies, including "Listen To Your Mother: What She Said Then, What We're Saying Now," and sites from The Huffington Post to Cosmopolitan.com. She speaks for the RAINN Speakers Bureau.

Afraid of Discussing Sex with Your Littles? Why I Practice the Everyday Sex Talk.
Seven ways to talk to your kids about sexual violence
Siri thought my 5 year old wanted to text what to her brother?!?!?! What to know and where to start...
advertisement

Afraid of Discussing Sex with Your Littles? Why I Practice the Everyday Sex Talk.
Seven ways to talk to your kids about sexual violence
Siri thought my 5 year old wanted to text what to her brother?!?!?! What to know and where to start...