We deserve our own compassion

Like many other parents, I’ve spent a whole lot of time with my small children over the past fourteen months.

We've practiced letter sounds and counting. We’ve done crafts and baked muffins and played with sensory bins, to varying degrees of success. I’ve coached them on taking turns and climbing the loopy ladder at the park, and I’ve tried really hard to encourage them to be kind to each other.

But recently, as I listened to my five-year-old daughter get frustrated with herself when she couldn’t line up her toys the way she wanted, I realized that I want to try really hard to encourage my kids to be kind to themselves, too. And to do that, I need to model something that has never come easily for me: self-compassion. 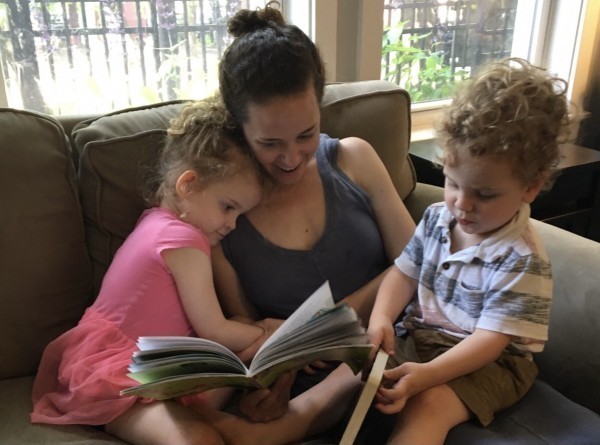 Reading with my kids last summer, a few months into the pandemic

This isn’t the first time I’ve had the epiphany that I want to be kinder to myself. In fact, my new middle grade novel, Saint Ivy, is all about how difficult and necessary self-compassion is. The emotional core of the novel comes from a very difficult time in my life: the year before I got pregnant with my daughter, when I was struggling with infertility and reeling from a miscarriage my body couldn’t seem to bounce back from.

During that time, all my closest friends became pregnant, one after another. I wanted so much to be a kind person and a good friend, but I felt jealous and sad. It hurt to hear about morning sickness and doctors’ appointments, and I couldn’t come up with the kinds of thoughtful questions and compliments that usually pop into my head. Or if I did think of the right things to say, I couldn’t make them come out in quite the right tone.

A few years later, after I’d emerged from that tough time and made it through two successful pregnancies of my own, I kept thinking of that past version of me, who’d struggled to balance her own pain with her desire to be supportive. I felt so much compassion for my past self, even though at the time, I’d felt shame.

Because I write novels for middle-school-aged readers, I eventually began to explore the emotions I’d experienced in a novel about a thirteen-year-old girl named Ivy who prides herself on being kind and is ashamed when she doesn’t react in a “kind” way to something that shakes up her world.

I always knew this was a book about the importance of being kind to ourselves, but the truth is that I wasn’t very kind to myself as I worked on it. I wrote most of the first draft in late 2018 and much of 2019, when my daughter was a toddler and my son was a baby. I got mad at myself for how long it was taking me to finish and how little I wrote in the first year of my son’s life. I wondered how other people seemed to manage parenthood so much more easily than I could. 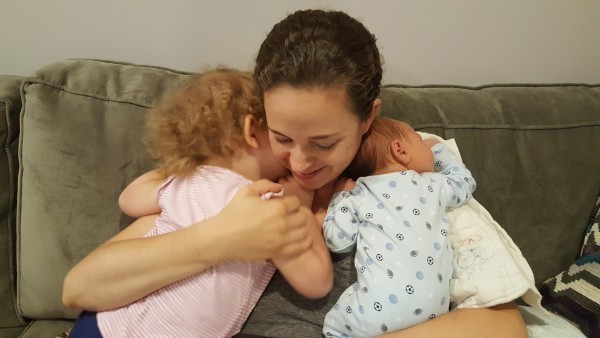 With my hands full soon after my son was born

I thought I had learned the lessons at the core of Saint Ivy before I began writing it, but it turns out that the book is filled with things I have to keep learning over and over: That I can’t compare my insides to another person’s outsides and decide that they have everything under control and I don’t. That if I constantly put myself last and never ask for what I need, I’ll snap. That if I push aside uncomfortable feelings, they’ll only get bigger. That we all mess up and say the wrong things and have days when we aren’t at our best, and all we can do is apologize, learn from what went wrong, and try again.

These lessons feel especially important—and especially slippery—as a parent of young children during a pandemic. I’ve been stretched way too thin over the past fourteen months. I’ve forgotten to do things I’d usually remember. I’ve snapped at my kids when exhaustion and frustration overwhelm me. I’ve second-guessed the decisions I’ve made to keep my family safe, worrying about experiences my kids are missing out on. I’m often only half-focused on playing garbage trucks or tea party because the rest of my brain is puzzling out a plot problem in my next novel. I’ve resorted to extra screen time and served a staggering amount of frozen pizza and bagels and cream cheese.

So I want to try to look at look at myself the way I’d look at my past self, or the characters I write about in my novels, or my kids. I want to build in a little bit of that loving distance and tell myself the things I tell my children. Things like, “Look at you, trying your best even though this is really, really tough.” Things like, “Hey. I saw that thoughtful thing you just did. I’m proud of you.” 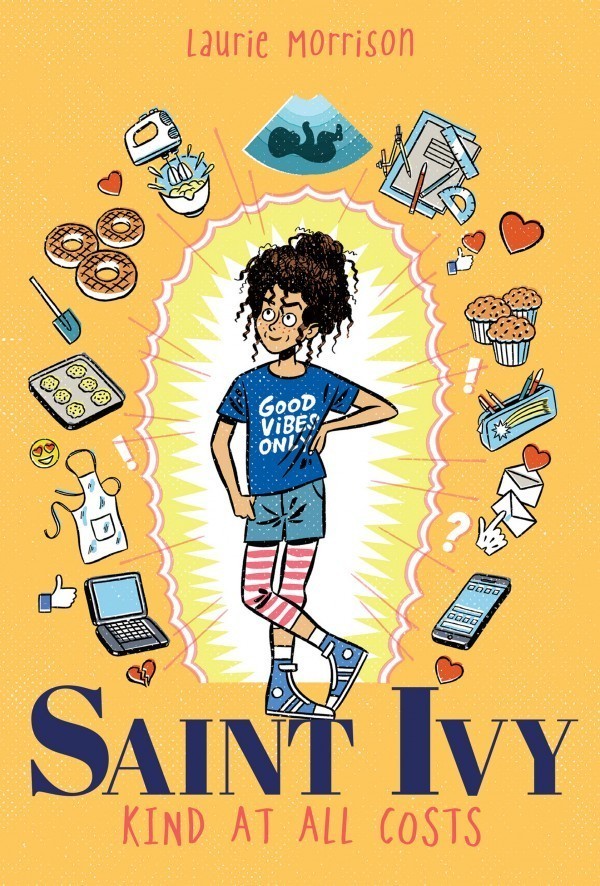 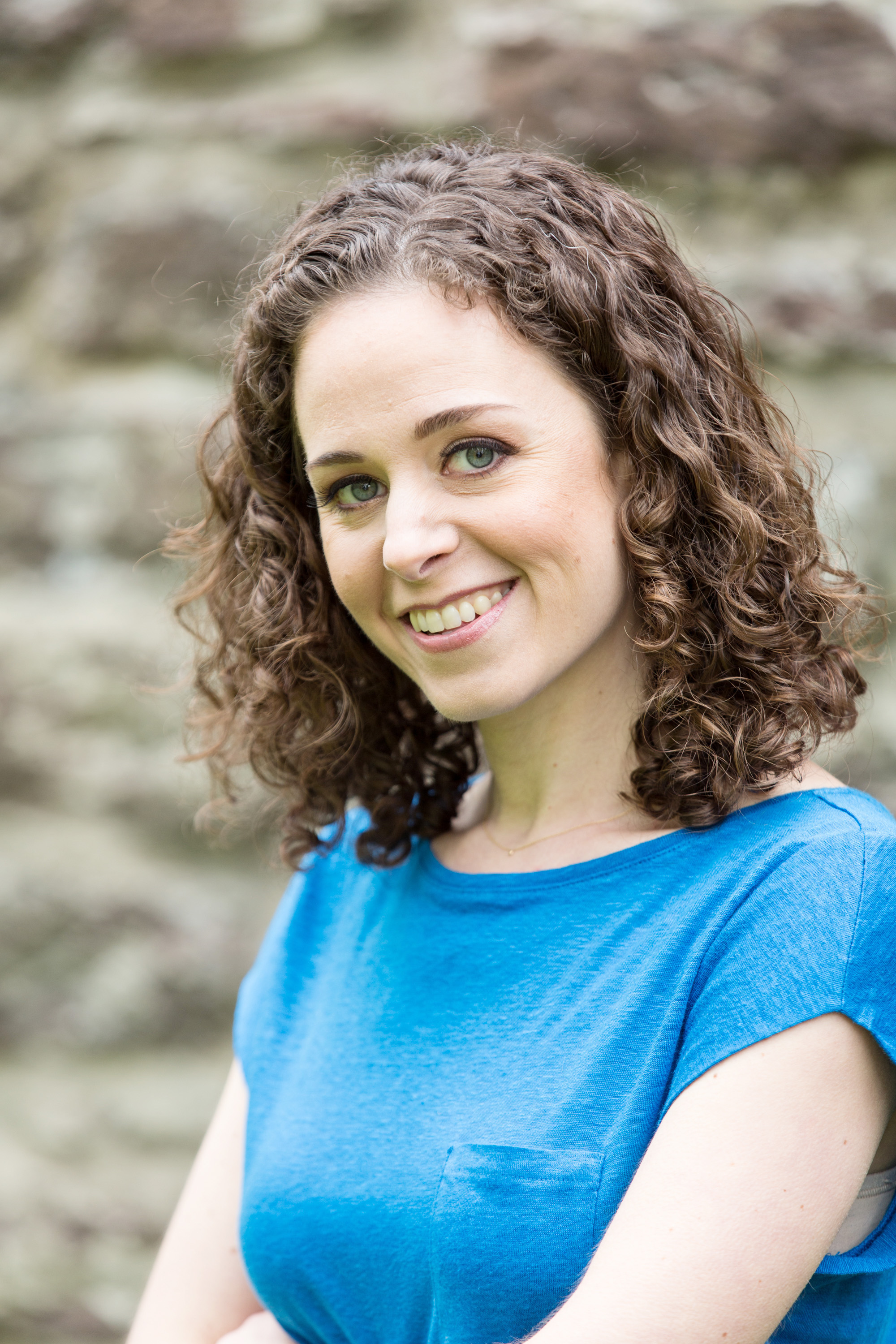 Laurie Morrison taught middle school for ten years and now writes middle grade novels for readers who are (or have at one point been) 10-14 years old. She is the author of UP FOR AIR and SAINT IVY and the coauthor of EVERY SHINY THING. Laurie has an MFA in Writing for Children and Young Adults from Vermont College of Fine Arts, and she lives with her husband and two young children in Philadelphia. You can follow her on Twitter and Instagram at @LaurieLMorrison and visit her website at lauriemorrisonwrites.com.

“STOP TELLIN YOUR KIDS THEY SPECIAL!!”
Pandemic parenting didn't go as I planned
Can Alcohol Help Us During a Pandemic?
advertisement

“STOP TELLIN YOUR KIDS THEY SPECIAL!!”
Pandemic parenting didn't go as I planned
Can Alcohol Help Us During a Pandemic?