Published by Amy Betters-Midtvedt on February 21, 2017

He is so handsome, this son of mine. I just love to watch him, and when he catches me I have a hard time being cool about it. He pretends to be annoyed, "Mooommmmmm," he says when I tell him for the 1,000 time how I am so happy he is my boy. But I know his face well enough to know that he secretly likes the fact that we love him so fiercely. He still basks in it. I like to think it gives him strength.

And the kid is strong. Not necessarily in physical sense. He's not overly tall for his age. Has never really been into sports. He likes to sit and play Minecraft and Legos and loves fishing and his guitar. But in the last few years the strength of his character has awed me. He has become a person in his own right, and that person is a doer and a risk taker. This person is strong. 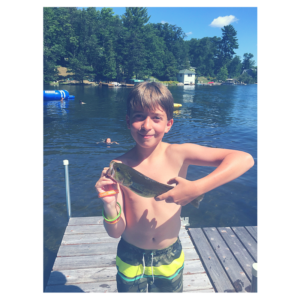 We live in a community that loves sports and competition. It sometimes seems to be the lifeblood of the joint. But my boy ran out of the gym at the age of 6, declaring it too loud, and hasn't set foot back in it...until now. He has decided to get back into the game. To try again. Despite the fact that the other kids have been gaining skills without him for the past 6 years. "Mom, I want to play. I think I can do it." These words strike both awe and fear in my heart.

Because it is not always easy to watch our kids take risks. The other kids are not always kind to a new kid who might just bring down their team average. After the very first day, some commented wanting to know what team he was on...really wanting to be sure he wasn't on theirs. Wanting to know why he decided to play. They offered no encouraging words like I know he hoped they would. And he has born this disappointment like a true champ. "Mom, I just thought to myself, who cares what they think. I want to play." That is strength my friends.

He shoots hoops in the driveway at night with his sister, trying to make up for lost time. He is excited about getting a jersey with his name on the back, something he never knew he cared about. He is looking forward to getting to know new kids on his team, despite the knowledge some might not be kind to him. He still has faith that some will be. What a strong kid he is.

My boy has helped me to redefine strength. Two years ago we began this same journey with baseball. He was the new kid there too, trying to catch up and working hard every day. But he loved it. He loved the outfield. He loved the learning. He loved being on a team. And so he continued. Even when he overheard kids on the bench declaring that he was "the worst". Even when he walked off the field without making a hit. Again. Even when he could have walked away. He kept going and he found the good. He listened to the encouragers. Just like all strong people do.

I don't think I knew what strength really looked like until I saw these pieces of my heart walking around, taking on the world. Now, I want to be like my boy. He gives me courage to tackle new worlds myself. He gives me permission to silence the naysayers in my world. If this boy can do all this already at the age of almost 12, surely I can follow his example at the age of 40-something. 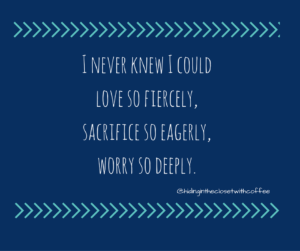 And so we stand on that love and sacrifice and worry and we let them go. Because their strength can only come from being out in the world. We cannot protect them there. This is their chance to grow. And so much of their growth will come from struggling. From failing. From trying again. Each one of my kids will have their own time to try, to fail and also, I hope, to shine. And I also know there will be no time to shine without the time to struggle. So I smile and let him try and tell him how lucky we are that he is our boy.

This post originally appeared on Hiding in the Closet with Coffee.

I'm Amy Betters-Midtvedt and I write over at www.hidingintheclosetwithcoffee.com. I write to help find my sanity and my joy and sometimes joy is found hiding out in the closet with our coffee, come and join me

6 Ways I'm Different After Having a Son
My Kind of Guy
Raising a boy to see strength in love, compassion and kindness
advertisement

6 Ways I'm Different After Having a Son
My Kind of Guy
Raising a boy to see strength in love, compassion and kindness