Want to raise kids who are open minded? Hand them a map

In my son’s room, there are two world maps – one large paper atlas of the world, longitudinal and latitudinal lines criss-crossing the flattened globe; and one, a laminated, cartoonish version with small pictures of animals and names in whimsical font. The second one arrived with a dry-erase marker, and my son and his friends have put that to use, “decorating” it with toilet humor words and adding the word “butt” to random locations from sea to shining sea. It’s a map only an 8-year-old could love. 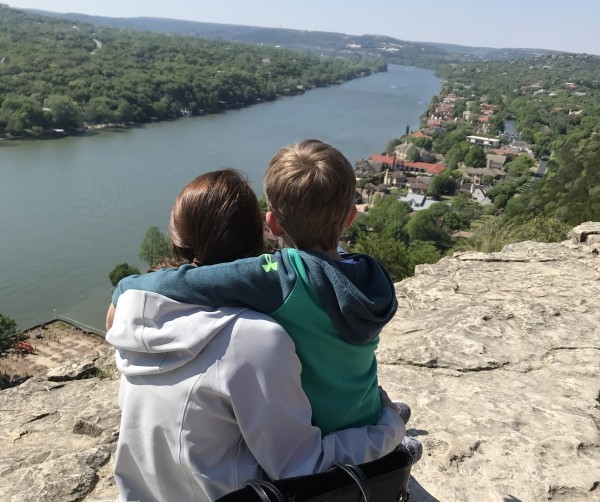 But underneath the scribbles and the silly defamation of country names, there is learning going on, and discussions begun. He has learned where China sits in relation to the US on the map, and knows that Togo is a real country. He knows that Alaska looks like it is part of Canada, connecting us with our neighbors to the north.

He hasn’t traveled out of the country, yet, but that is my goal for him… to see and experience other cultures outside of his own. I want him to understand that the US is not an isolated island at the top of the food chain and that all the other countries in the world are significant in their own ways. To me, it’s important that he learn why we are all interconnected and how his heritage includes ancestors who came to America after traveling far and wide.

“Travel changes you,” said the late world-traveling chef Anthony Bourdain. “As you move through this life and this world you change things slightly, you leave marks behind, however small. And in return, life—and travel—leaves marks on you.” 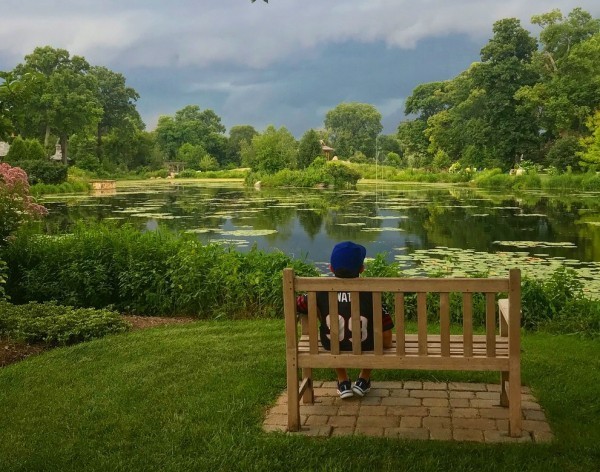 Perhaps it’s enough to learn and dream and place pins on a map in your bedroom for all the places you wish you could go. And perhaps it’s not. It’s definitely not enough for the next generation to understand that we are not the star country on Earth and all the others, simply bit players.

Bourdain realized this more than most, and he made it his mission to educate through travel journalism. Immersing himself in the local ways of life through food, he showed the world, and especially his biggest fan base in America, how to open their collective eyes to the rich tapestries of people much different from ourselves. When I was a kid, it was a National Geographic subscription that gave me dreams of global travel. Bourdain was a National Geographic issue come to life.

Even within the United States, each state has a flavor different from the one next door, especially from region to region. Louisiana, for example, has a lexicon unlike any other. In New Orleans, the state’s most colorful city, the French Cajun influence manifests in food, street signs, and even the way the city is sectioned into parishes. Massachusetts is steeped in early Americana and history. Wyoming bears traces of the old Wild West.

Ohio, Indiana, Illinois, and Iowa look similar on the surface but have differing views on family, politics, and conservation. Indeed, the Midwest “fly over states” contain much of the farmland and grain Americans consume every day. If city kids don’t have a chance to see the lush beauty of a field of tall corn stalks in July or rolls of hay at harvest, they may think those who live there are only nameless, faceless farmers.

Back when my great-grandparents moved to America, Italians were considered second-class citizens. They banded together in communities where they felt safe and insulated themselves from those who hated them. They had it easy compared to the Black community, however, which was trying to climb out of the hole slavery had created for them.

My grandparents’ generation – even, in some parts, my parents’ generation – saw “whites only” water fountains and segregation. In some parts of the country, the resentment and fear of change hasn’t yet disappeared. When parents don’t give their kids a chance to open their minds to other people and cultures, racism festers like an open wound. It stays raw and painful, and the children raised with those feelings learn to fear and hate, too.

Fear of the unknown is a primary reason people lash out against others, and that drives parents to pass those fears down to their kids. “Frightened people become angry people—as history teaches us again and again,” Bourdain said.

Even if you don’t have the disposable funds to travel, get your kids a map.

Get a subscription to National Geographic (or go to the library and get them there).

Learn a language together.

Consider stretching your kids’ minds by exposing them to different accents, languages, foods, sights, and sounds. Be uncomfortable. Listen. Watch. Learn. Introduce yourself to people along the way. Because if we introduce children to people, places, and things different from what they know, they will be less afraid. They will be more understanding. And they’ll be more likely to reach out across any divide and improve the world for the next generation.

Kristin Shaw is a writer based in Austin, Texas. For more of her writing, you can find her at KristinVShaw.com for her essays and ThrillsandWheels.com for stories about positive, uplifting stories within the automotive industry. Her essay and video "I can still pick him up, so I do" has been viewed by millions of viewers on the TODAY Parents platform.

Your Children’s TV Guide to Educational, Positive Programming
Who Am I? Parents As Model-Influencers: Guiding and Listening to Their Kids’ Individual and Unique I...
Holidays: Memory, culture and fun family discovery
advertisement

Your Children’s TV Guide to Educational, Positive Programming
Who Am I? Parents As Model-Influencers: Guiding and Listening to Their Kids’ Individual and Unique I...
Holidays: Memory, culture and fun family discovery